A chance to speak your brains on Zelda and win something? Don’t say we don’t spoil you.

A little earlier this year, The Legend of Zelda turned 35 years old. Link originally set foot in the dangerous wilds of Hyrule on February 21st 1986 – and since then he and Zelda have been battling evil across multiple consoles, timelines, and even genres – and they show no sign of stopping.

VG247 has joined forces with Nintendo UK to celebrate this fact – as well as today’s launch of the HD remaster of The Legend of Zelda: Skyward Sword, which is sort of serving as this anniversary’s new release as we not-so-quietly wait for Breath of the Wild 2.

The competition is pretty simple: we want to know your favorite Zelda Memories from the last 35 years. It can be anything you like – something personal, a moment from the games you’ll never forget, whatever.

All you have to do is head on over to the VG247 Twitter and reply to our tweet using the #ZeldaMemories hashtag. You have to be a UK resident, however. Click to read the full in-depth legal Prize Draw terms and conditions.

The winner will get a prize package that includes a Nintendo Switch Console, a Steelbook Edition copy of the Skyward Sword game, the Limited Edition Skyward Sword Joy Cons & Amiibo, plus a bunch of other Zelda goodies including a t-shirt, keyring, poster, and a limited-run figurine of Link.

If you’re anything like us, you won’t struggle to dig up some strong memories of the Zelda series. But for a bit of inspiration, here’s a couple of ours:

The Legend of Zelda turns 35 this year; to celebrate we've teamed up with Nintendo UK to give away a prize package of a Switch console, Skyward Sword, limited edition joy-cons, amiibo, and more!

Reply with your #ZeldaMemories using the hashtag. In a week we'll pick a winner! pic.twitter.com/s4iF5wYtTt

Alex Donaldson, Assistant Editor:
A few Zelda Memories immediately come to mind for me. My first brush with the series was when I picked up a boxed, pre-owned copy of A Link to the Past from a gaming store – and it still had the previous owner’s maxed-out, 100% completion save on it. Too young to really competently make my own way through the whole game, I never deleted that save, keeping hold of it to explore corners of Hyrule I’d never be able to reach on my own at that age with the previous owner’s completed save file with a beefed-up Link.

At my age (born ‘89), the Zelda that really mattered to me, of course, was Ocarina of Time. It released at an extremely important moment in my life, but I remember it looming large before it even came out. The games media of the time hyped it up as the best game ever well in advance, and I’d obsess over any news in the Official Nintendo Magazine and N64 Magazine.

I distinctly remember one of those two mags declaring the game was “too big” to review in one issue, splitting the verdict across two issues. These days, I can see that for what it was – the timing of when review code arrived likely mingling with deadlines, plus a solid sales ploy to sell more issues – but it bloody worked on me. I’ll never forget that review.

Ocarina of Time’s allure even held me long after it was released. I remember being awake far too late for my age in the flickering blue light of a CRT monitor, obsessively loading Zelda fan sites to read up on both the upcoming Majora’s Mask and the endless rumors of secrets and cut content – the Temple of Light, the Triforce Theory, some hidden Ocarina song called Overture of Sages… most of it wasn’t true, of course. These days, leaked data has now confirmed some of the cut content and even rendered beta maps playable – but back then, thinking about it was… well, magical.

It had a real impact on me, too. This obsessive reading of Zelda information helped to eventually lead me to similar Final Fantasy communities, which led to me starting a fansite of my own, which over years evolved into RPG Site, and in turn led to this career. So maybe I owe a lot to Zelda. Thanks, Link. 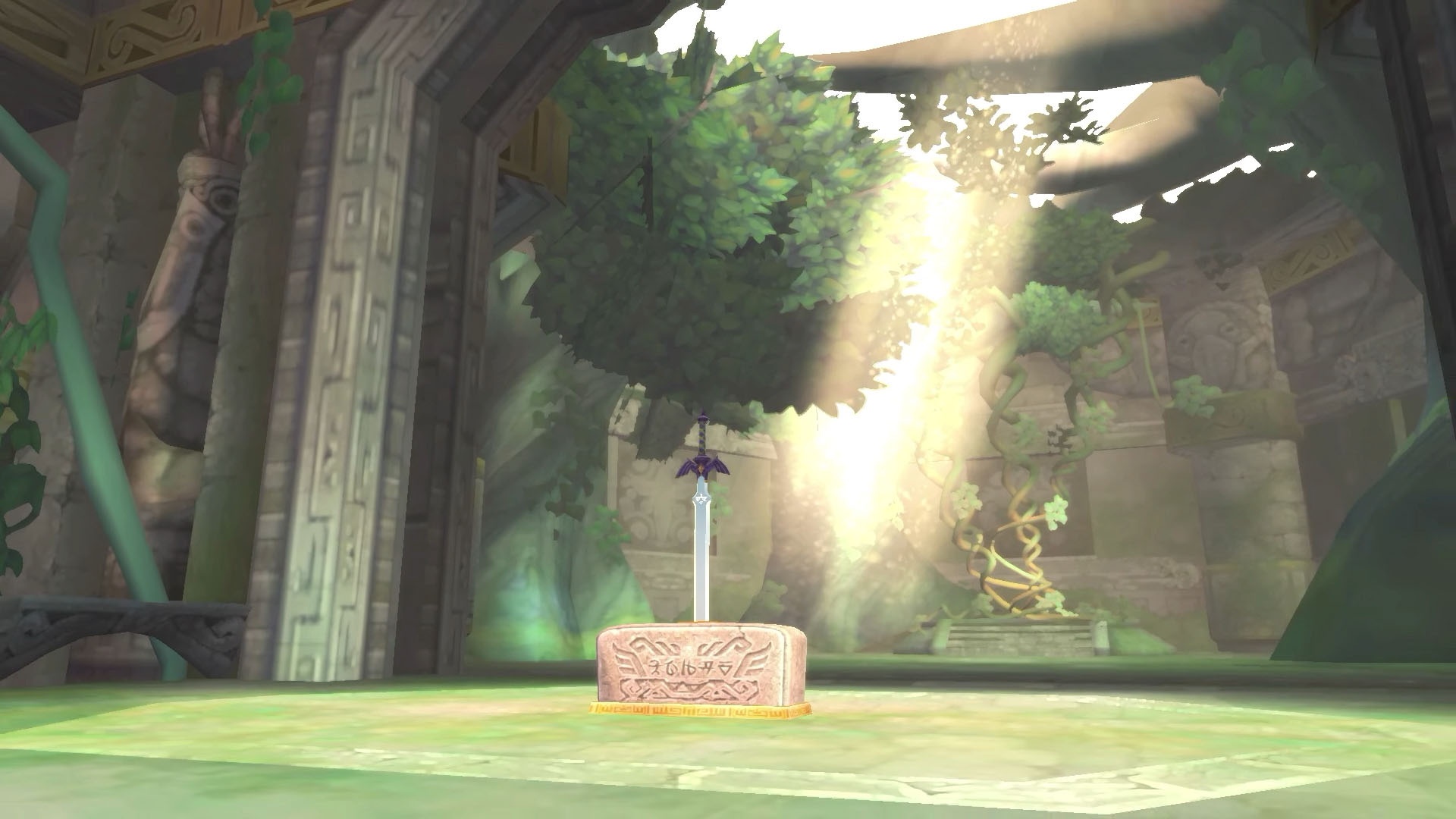 James Bilcliffe, Guides Editor:
Ironically, I think I was a bit young for Ocarina of Time.

My parents bought me an N64 a little bit after the fact – towards the end of its lifecycle around Christmas 2001 because I REALLY wanted Pokemon Stadium 2 – and living in a rural area with no siblings and no one else into games meant that I didn’t really get RPGs.

I was used to playing PS1 games with no memory card, or the same five levels of Sonic the Hedgehog 2, so the idea that you could have this sprawling adventure over multiple days of play was pretty alien to me.

But since my Dad had bought the console off a bloke at work – including an absolute haul of classics like Goldeneye and Star Wars: Shadows of the Empire as well as Zelda – there were completed game saves on every cartridge.

So, not only could I play Goldeneye with big head mode, but it meant I could jump into Ocarina of Time right at the point of no return outside Ganon’s Castle. And that meant I could practice fighting with a full suite of weapons. And play with switching time zones by resocketing the Master Sword. And play the minigames in Castle Town.

And most importantly, it showed me that there was so much more to this world than running around Kakariko Village and stumbling around the Lost Woods until it was time for dinner.

After that I understood RPGs a lot more, and now I’d say they’re my favourite genre. So thanks Chris – whoever you are – for showing me how to play RPGs and getting me into Zelda.

So, what are your Zelda memories? UK residents eligible for the competition, head on over to Twitter and let us know, tagging @VG247 and using the #ZeldaMemories hashtag. Alternatively, feel free to let us know in the comments below – though that won’t enter you into the prize draw, of course.

The Legend of Zelda: Skyward Sword