It also dovetails with the Captain Bones Special Recipe quest, but you’ll want to start Dougie’s story first for simplicity.

Completing this short quest line earns you two commendations plus a generous amount of gold, so it’s well worth your time.

You’ll start Sea of Thieves Poor Dougie’s quest in Sailor’s Grave. Take the left path under the captain in the cage, and make your way toward the lighthouse.

At the tavern ship’s aft is a map table. You can light the candle to reveal a group of ghost pirates and spot generally where Dougie’s treasure is supposed to be (or you can just keep reading this).

Turn right and face away from the spectral treasure hunters. You’ll see a large shipwreck shaped like a rib cage and some glowing candles to its left.

Head to the candles to find several piles of gold. You can’t do anything with this gold. Instead, follow the trail of coins under the docks, and dig in the spot where the coins stop. 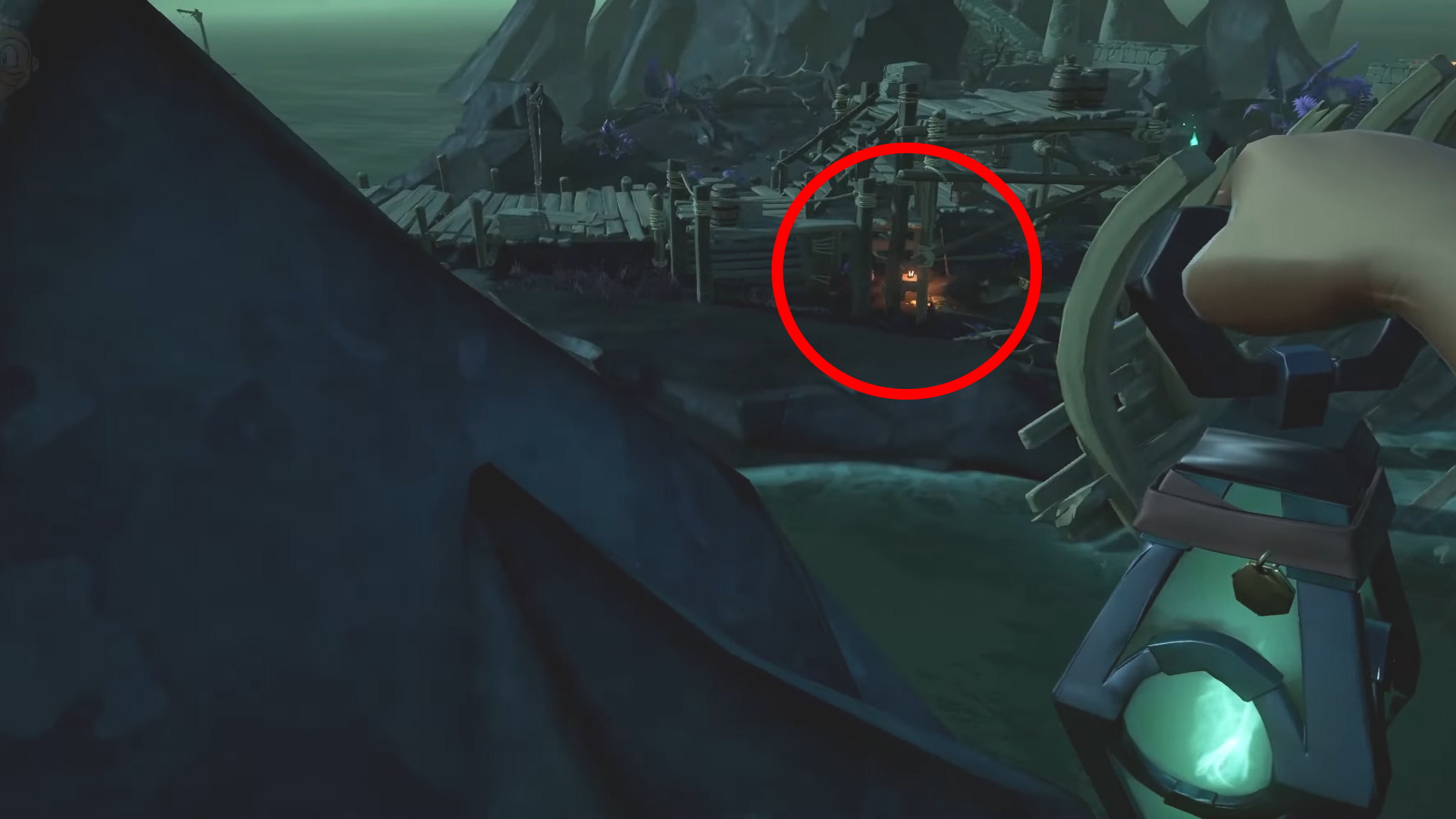 Up pops Poor Dougie, who has Dougie’s key around his neck and charges you with finding his lost treasure.

Go back toward the tavern, and take the left path that leads to the chess-playing skeletons.

There’s a small pointed rock that indicates where Dougie’s Chest is. Dig it up and cart it back to Dougie. The chest contains Poor Dougie’s Medallion. 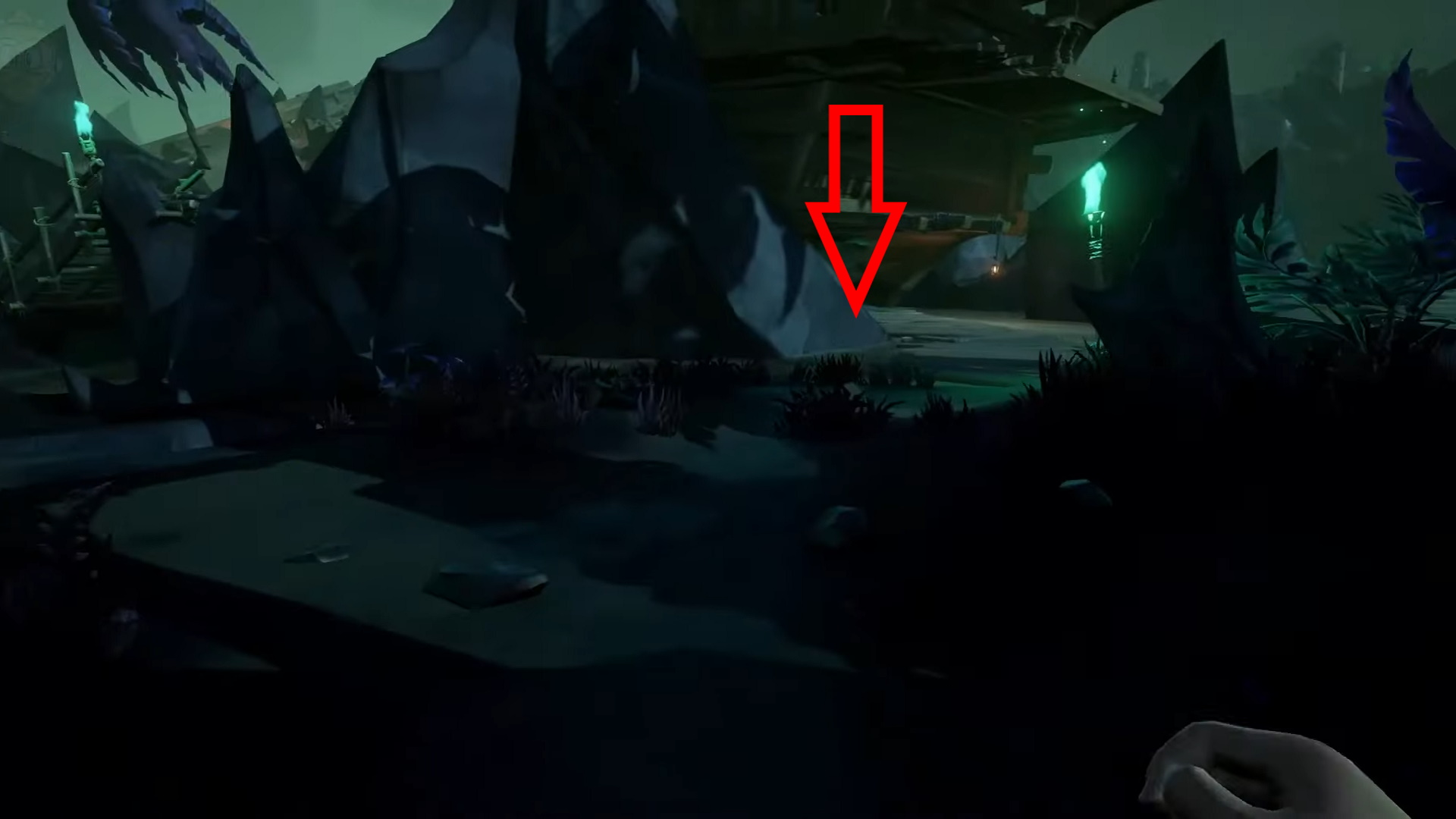 If you haven’t completed the Powerful Thirst quest yet, do it now.

You’ll need to be right at the end to make use of the Sea of Thieves poor Dougie’s medallion item. After the thirsty skeleton’s head explodes, don’t put the Cursed Captain’s head on just yet.

Instead, place Poor Dougie’s Medallion on the table when asked to do so, and then put the Captain’s skull on the headless skeleton.

Once the game ends, take your shiny new key to the locked ship near the pulley elevator you used to get the Captain Bones drink. With the door unlocked, you’ll get the Ship of Thieves commendation and plenty of gold for future swashbuckling.

That wraps up the Sea of Thieves Poor Dougie’s quest. If you’re looking for more tips on getting all the Pirate’s Life commendations, though, check out our Dark Brethren journals guide and how to get the Chest of Everlasting Sorrow.