Bandai Namco has added Scarlet Nexus Musubi TV codes to tie-in the series’ anime with the game, giving dedicated series fans a chance to unlock some exclusive cosmetics for the protagonists and other companions.

The code-cracking quest starts as a branch-off from an earlier side quest, and there’s no way to game the system. You’ll have to watch each episode and decode the secret message — or just keep checking our Scarlet Nexus codes list.

What are Scarlet Nexus Musubi codes

Scarlet Nexus codes are handed out in the Scarlet Nexus anime, and if the name isn’t already a giveaway, you redeem them at Musubi’s. It’s part of an optional side quest you can start once Musubi’s opens as a fast-travel location early in the game, and each code unlocks a special cosmetic item for Yutio, Kasane, or a member of their OSF squad.

The codes are usually presented as phrases or short sentences connected to the story about Musubi’s journalist friend. They’re case sensitive, but won’t go wild with random capitalization as some codes do. 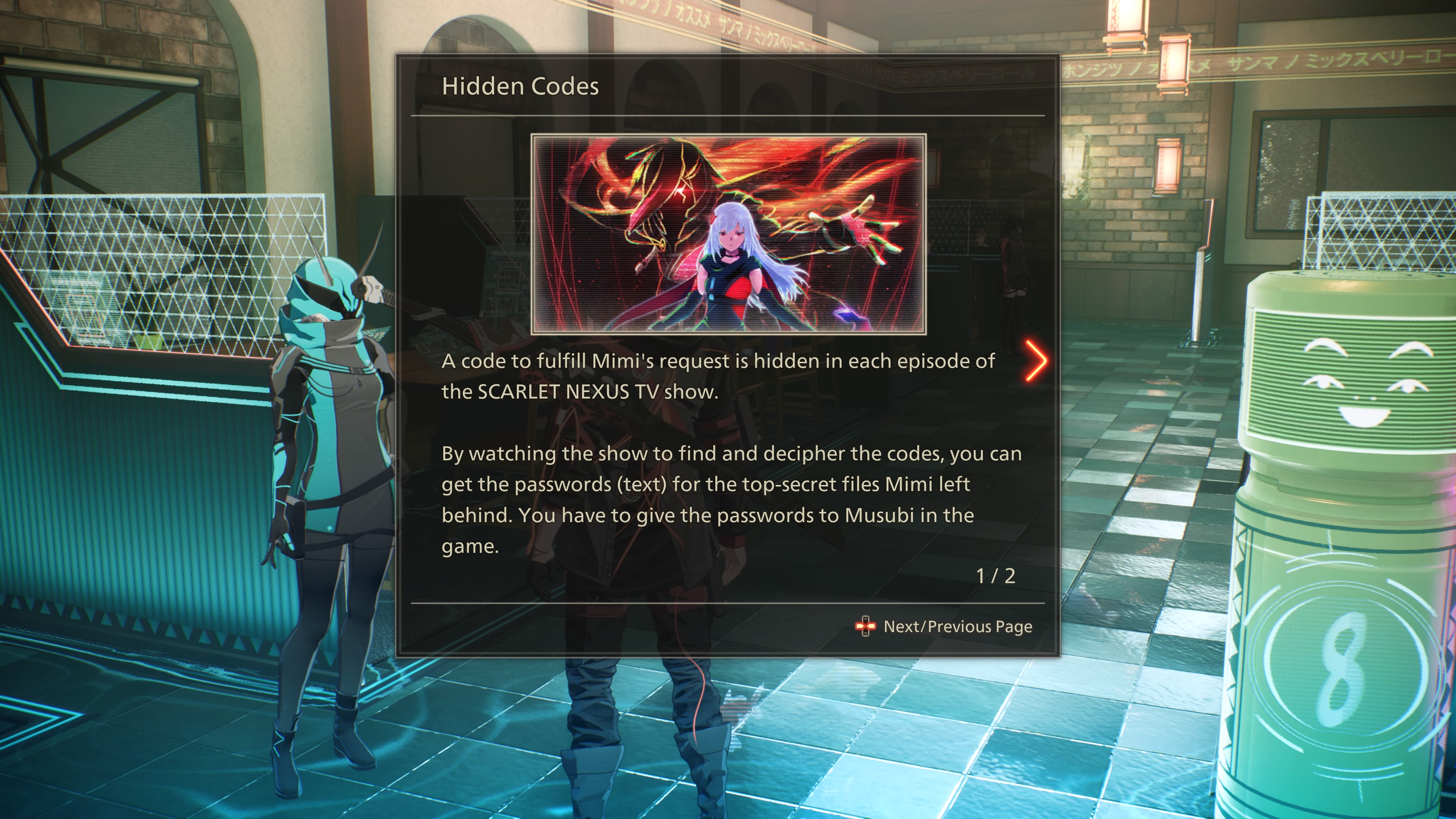 You’ll receive a Brain Message from Musubi once the area opens during an early Standby Phase. Travel there, and speak with Musubi to start the quest.

The first code is a tutorial of sorts on cracking the secret message, but if you don’t feel like dealing with that, just skip to our code list before.

After giving Musubi the initial code, you can speak with her again and choose a file to redeem a password for. However, you can only redeem codes after the corresponding episode of the anime airs. Even if you have a code ahead of time, Musubi won’t give you the option to redeem it.

Scarlet Nexus anime: Where to watch

The Scarlet Nexus anime is airing on Funimation starting July 1. You can stream episode one and episode two for free on Funimation’s YouTube channel, however.

If you’re looking for free goods in other games, check out our Rocket League code list and Dead by Daylight code selection.