Since its release back in 2018, Smash Bros. Ultimate has seen many new fighters arrive via DLC, from Persona 5’s Joker to Final Fantasy 7’s Sephiroth.

Tekken’s Kazuya is the penultimate Super Smash Bros. Ultimate DLC character and will be available in the game as part of Fighters Pass Vol. 2.

Aside from the trailer above, there’s not too much information about the character and his moveset available at the moment, but Sakurai has promised to update us soon. A special Smash Bros Direct has been penciled in for June 28. 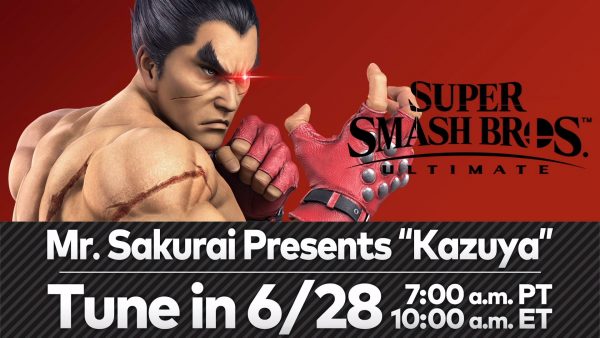