The NPD May 2021 report has been released, and it finds total industry spending up 3% when compared to a year ago, reaching $4.5 billion. Year-to-date spending totaled $24 billion, a 17% increase year-over-year.

Hardware dollar sales were $244 million, which is up 5% compared to May 2020. Year-to-date hardware spending totaled $1.9 billion, a 36% increase year-over-year.

Nintendo Switch was once again the best-selling hardware platform in both units and dollars during the month of May, as well as year-to-date. 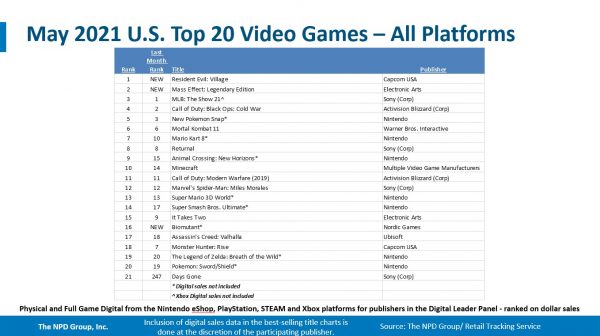 In software, Resident Evil: Village was the best-selling game on both PS4 and Xbox One in May, and generated the highest monthly sales of any 2021 release. After just one month on the market, the game is now the second best-selling game of 2021 to date.

Experiment 101’s Biomuant debuted in 16th place. The game was only out for six days during the reporting period, and it’s not a bad slot for a brand new IP.

Days Gone was the 21st best-selling game of the month, after placing 247th in April. The game was released on PC through Steam on May 17.

Spending on accessories fell 8% year-over-year to $142 million. However, year-to-date accessory sales reached $1.0 billion, which is up 17% when compared to May 2020.

Year-to-date sales of Steering Wheel accessories have gained more than 45% when compared to a year ago. The Logitech G920 Driving Force Racing Wheel is 2021’s best-selling Steering Wheel year to date. 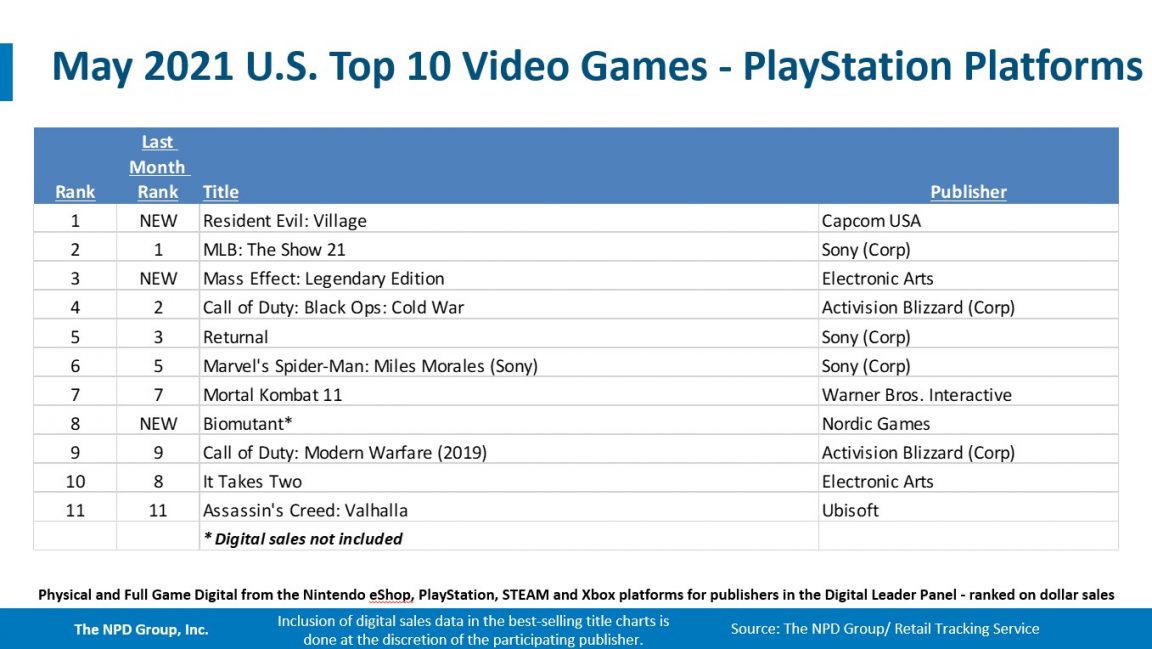 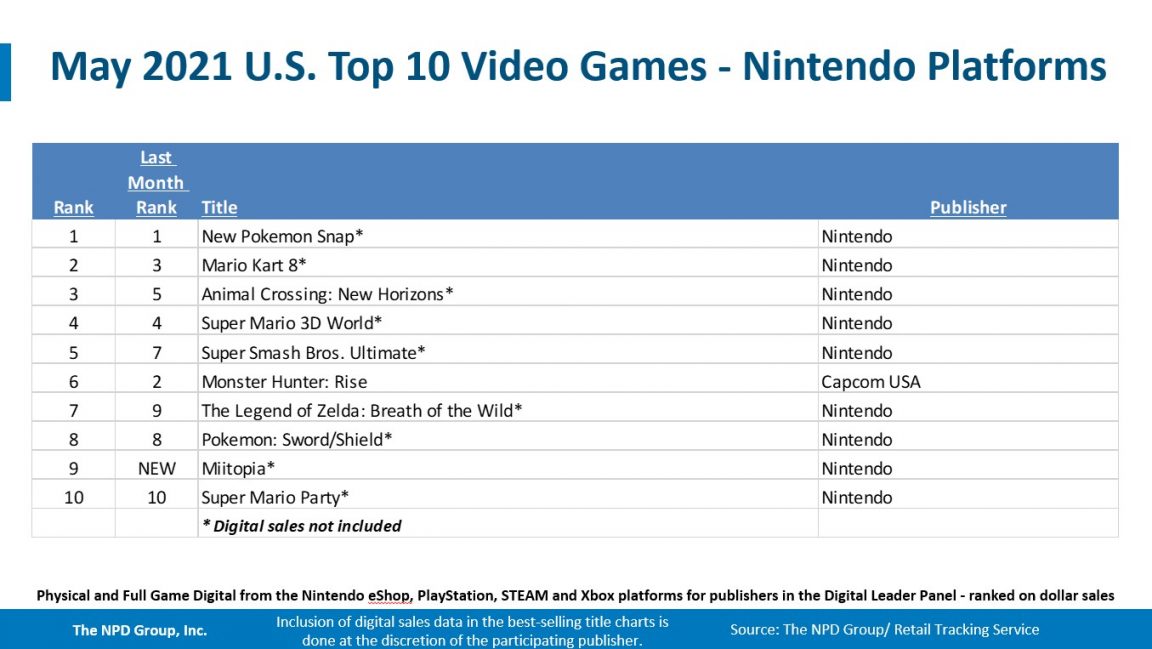 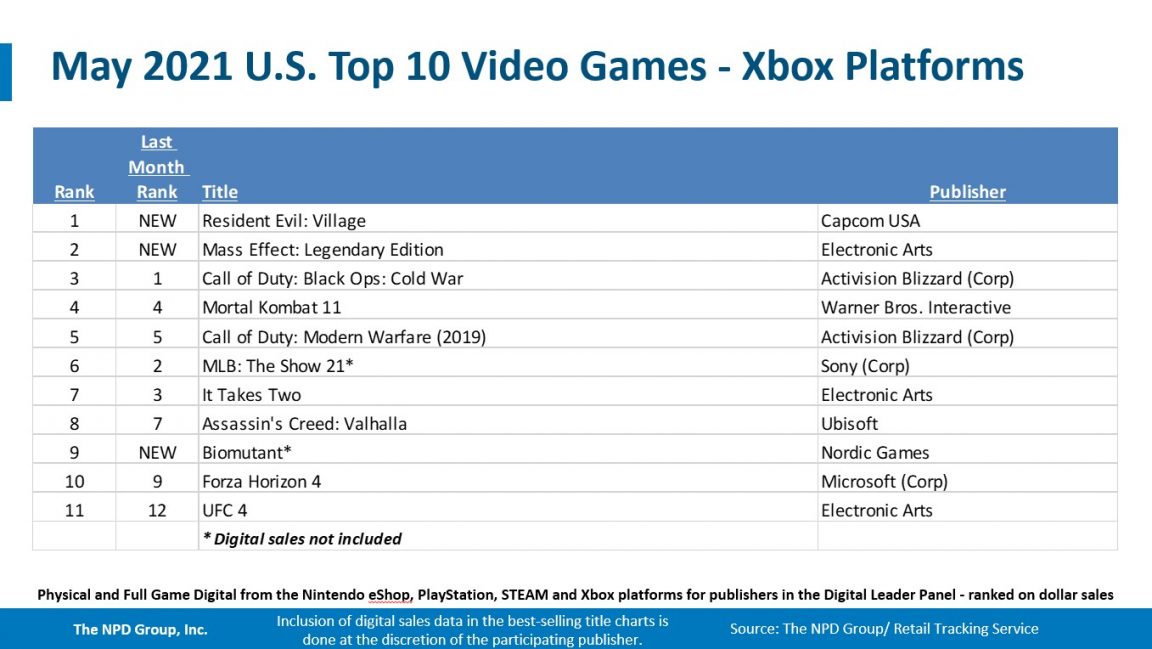