Pokemon GO developer Niantic has announced that it’ll be working with Hasbro and Tomy to create a new mobile AR Transformers game.

Transformers: Heavy Metal, to give it the official title, looks like it’ll be set up similarly to other games in Niantic’s ever-expanding roster (such as Harry Potter Wizards Unite), with players encouraged to go out into the real world and use AR to deepen their connection with the game.

As for the moment-to-moment gameplay, very little has been revealed to date. Here’s a brief overview of the title, courtesy of a Niantic press release:

“In Transformers: Heavy Metal, players will join the Guardian Network, a group of humans who have banded together with the Autobots in a war against the Decepticons. As a Guardian, players will uncover hidden regions across Earth to find resources and battle Decepticons in turn-based battles, either solo or with friends.” 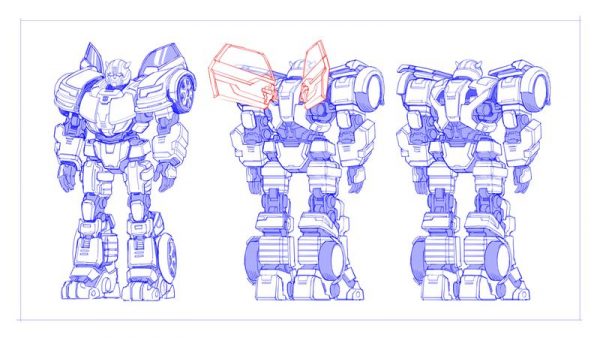 “Transformers is the perfect franchise for AR. Battling and interacting with giant robots in the real world is an amazing experience,” said John Hanke, CEO of Niantic. “We want to live up to the high expectations of Transformers fans around the world and bring them a game unlike anything they’ve played before.”

Niantic will be overseeing the project, but the Seattle-based studio Very Very Spaceship will lead the charge in developing this new title.

The game is planned to see a global launch later this year, and select countries will be able to participate in a soft launch “soon.”

We recently heard that Niantic has another Nintendo project in the works, as well as Pokemon Go – a Pikmin AR game.

Pikmin gameplay will revolve around “activities to encourage walking and make walking more delightful,” so it sounds like that game, Wizards Unite, Pokemon Go and this new Transformers title all have a different focus.