A new Monster Hunter Rise update is on the way.

This is part of the game’s first collaboration event.

Hunters who complete the free collaboration quest arriving June 18 will receive layered armor based on the Palico Tsukino for their buddies.

Players who use save data from Monster Hunter Stories 2 can access the Rider layered armor based on the gear of Mahana Village Monster Riders on July 9.

Players can look forward to additional collaborations with other Capcom titles throughout the second half of 2021.

Additionally, new Event Quests arrive starting June 24 and offer a variety of rewards for players such as new armor, gestures such as “play possum”, and stickers. There will also be a trove of new looks, such as leather leggings, along with some new paid and unpaid DLC options.

There’s the downloadable event quests Almudron: Fashion Victim, Fooled in the Flood Forest, Rampage: Muddi Gras, Heart of a Hero, and An Icy Blase So Bright.

Paid downloadable content will include outfits for your Palico and Palamute, a new hat for your Cohoot pet, and it looks like a new pet in the form of a baby penguin is coming too.

You can look over the latest roadmap below. 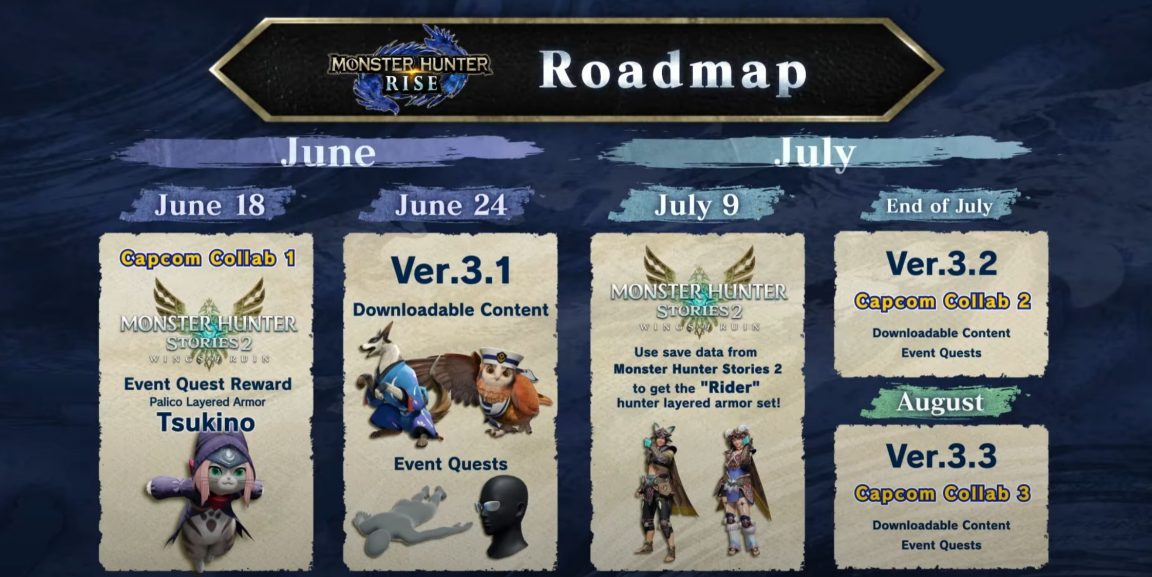