Microsoft has announced the addition of 10 more classic Bethesda games to Xbox Game Pass – and they’re available to download and play today.

Doom Eternal is noteworthy because, alongside its arrival on the service, Bethesda is also pushing out its new next-gen upgrade. This means that the Xbox Series X version of the latest id Software title will get a 60fps mode with ray-tracing, a 4K mode, and a performance mode that lets the game run at a staggering 120fps.

Here are the games that have been added to the service today: 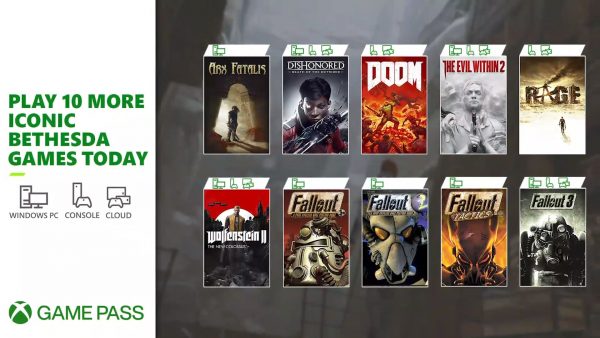 If you’re eager to hear more Bethesda news from E3 2021, you can read about Redfall (Arkane’s new open-world co-op FPS, comes to Xbox summer 2022), take a look at Starfield’s new trailer, or maybe even read about Starfield’s status as an Xbox exclusive.