We may be busy doing E3 2021 things this weekend, but that still doesn’t mean some of us won’t have time to fire up a game or two.

With the weekend looming, it’s time to think about what we will be playing over the next couple of days.

Some of us may not have much time to indulge in our favorite pastime, as there are other things that need doing – plus there’s E3 2021 to cover. It’s set to be a busy weekend between running errands, trying to stay cool in the shade, treating the yard, and covering E3 madness.

All that aside, here’s what we’re playing this weekend.

I imagine just about everyone is playing Ratchet & Clank: Rift Apart this weekend, I know I definitely am.

I need to know what sorta voodoo Insomniac is doing for the game to look this good and run this well. Also, I’ll be brushing up on my fighting game skills in Guilty Gear Strive.

Steady progress is being made, but it’s going to be a long journey until I can hold my own online.

I love a bit of Star Wars, me. So this weekend, I feel like having a bash at this month’s PS Plus game, Star Wars Squadrons.

For better or worse, one thing the EA Star Wars games got right is the soot-smeared, grungy aesthetic of the series’ vehicles, and I’m pretty interested to see how that translates to an in-cockpit shooter.

Outside of that, I just realised I bought Dragons Dogma on Switch digitally – so I can redownload it to my Switch Lite and add it to the ever-expanding list of 100 hour RPGs clogging up my hard drive space.

I’m usually pretty easygoing when it comes to completing games: even short titles often last me months, while big open-world RPGs have been known to take me literal years to finish. But every now and then I’ll get a bee in my bonnet about finishing a game before a certain event. On this occasion, after contentedly going through Danganronpa: Trigger Happy Havoc about one chapter a month, I’ve more or less arbitrarily decided I want to finish it by late July. That’s when the five-game Ace Attorney Turnabout Collection gets released, and I depart for my happy place in the company of Miles Edgeworth and Herlock Sholmes for the foreseeable future.

For a visual novel, Danganronpa is a long game. It took me 25 (admittedly leisurely) hours to reach the halfway point, which is fine — but since those 25 hours were spread over four-plus months I’m clearly going to need to pick up the pace. I’ve taken to giving it an hour or so most evenings — mainly so my laptop fan doesn’t scald the skin off my knees while playing during the heat of the day.

To keep me occupied until nightfall, then, I’ve recently started another project: a kill-’em-all run of Until Dawn. Until Dawn is one of my all-time favourite games: it was the main reason I finally got a PS4, and along with Telltale’s The Walking Dead, it served as my introduction to a game genre that is now one of my very favourites.

But despite that, I’m nowhere near the Platinum yet — mainly because I’m such a goody-two-shoes paragon who gets way too attached to fictional people and always tries to save as many as possible. So I haven’t seen many of the character deaths outlandish enough to merit a dedicated trophy — and I’ve never even got close to the no-survivors ending. Well, not this time, my poor doomed friends!

(Despite my best efforts, I’ve never quite managed to save everyone in a single run either, so afterward I intend to salve my conscience with an everyone-survives playthrough that, I hope, could finally get me that Platinum.)

Stephany Nunneley, News Editor – Will be too busy with E3 related stuff

Yeah, I know that sounds pretty boring but it’s true. E3 is one of the busiest times of year for me, and the site as a whole, so there will be much to do over the course of the weekend. And to be honest, I will probably be video gamed-out by the time E3 ends.

Saturday, there’s the Guerrilla Collective Showcase, Ubisoft Forward, and the Devolver Digital Showcase which is sure to be wild as hell.

And that’s just Saturday: Sunday is going to be even busier.

There’s the 90-minute Xbox + Bethesda Games Showcase, the Square Enix E3 Conference, a Back 4 Blood Showcase, the PC Gaming Show, and the Future Games Show to cover. Talk about a frantic day. I might develop carpal tunnel syndrome by the end of it.

All joking aside, I am really looking forward to what Microsoft and Bethesda have in store for us. In my opinion, Microsoft tends to knock it out of the park more times than not, and Bethesda is one of my favorite game developers.

I am not holding out hope that something Elder Scrolls 6 related will be shown, as Todd Howard has said in the past it’s quite a ways off. Plus, Bethesda isn’t one to show much of a game while it is in development, which is good because you aren’t drip-fed a bunch of information or teasers for years at a time. But, I dunno, you never know. If they do end up giving us another ES6 teaser, I may send Todd Howard flowers.

What I do expect to see from the company is a look at Starfield. I’m not psychic, and I could be wrong. But now’s the time to show it. Starfield was revealed at E3 2018 and is set to come out before The Elder Scrolls 6, so a proper look at it has been a long time coming.

Other than Bethesda, there are other Microsoft studios with projects in the works, and it will be interesting to hear more about those, as well as any information on Xbox Games Pass and how the company plans to integrate cloud gaming directly into the Xbox app on PC and into the console experience.

I’ve been playing a lot of Ratchet’s debut on PS5. I’m more or less through my new game + playthrough now, and still absolutely loving the game. In my Ratchet & Clank: Rift Apart review I gave it five stars, and it’s absolutely deserving of that accolade. It’s just a wonderful game to play and it looks gorgeous. In the UK £70 is a lot to pay for a video game, but this is, for me anyway, the first real look at what current-gen games can offer in terms of visuals. The size of the worlds, the detail, the lighting, the reflections, it’s all brilliant.

Neat performance modes also let you play at 60 FPS if that’s your bag, and this enhances what is already the best playing game in the series. The addition of hover boots, which let you jet about at breakneck speed, add a lot to the game, with some levels having a touch of Sonic the Hedgehog about them, but if 3D Sonic games were actually good. The only real downer with Rift Apart is that I’ll be 100 percent finished with it soon.

Can I dare to hope for some DLC worlds full of collectibles? I can dream. 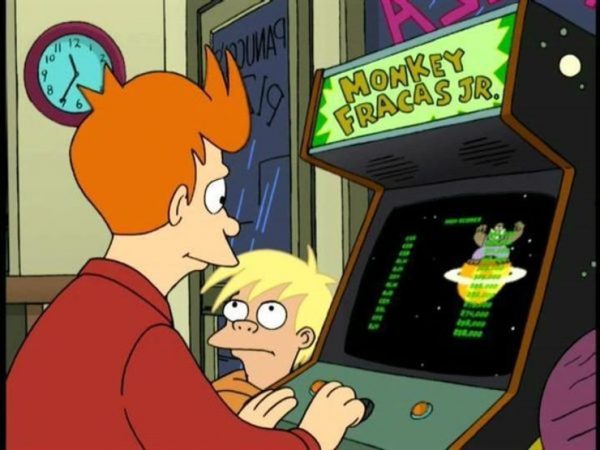 That is what we are up to this weekend. What are your gaming plans? Obviously, some of you will be watching E3 2021 streams, but surely you will also find the time to try something new or revisit a favorite. As usual, we’d love to know what your plans are.