Nintendo’s Switch remake of these historically significant visual novels is well worth your time.

What was the first visual novel game you really fell in love with? For some it might be Konami’s Snatcher or Policenauts. Many in the West got into the genre with the Nintendo DS thanks to games like Ace Attorney, Hotel Dusk, or Professor Layton. Whatever your adventure game background, you’ll likely be able to see some of its lineage in Famicom Detective Club, recently released in a remade from on the Nintendo Switch.

The original Famicom Detective Club games were released on the Famicom, aka the NES, back in the late eighties. These games, which see the protagonist investigate mysterious deaths and serial killings, were in many ways some of the earliest visual novels that truly resemble the games that are still being released today. Famicom Detective Club wasn’t the first, but it brings together a number of elements in its presentation and play that’d ultimately become genre staples.

People in the West wouldn’t be aware of that, though – as the games predictably remained a Japan-only affair, even in later years when they were remade or re-released for the SNES, GBA, and Wii, Wii U and 3DS Virtual Consoles. 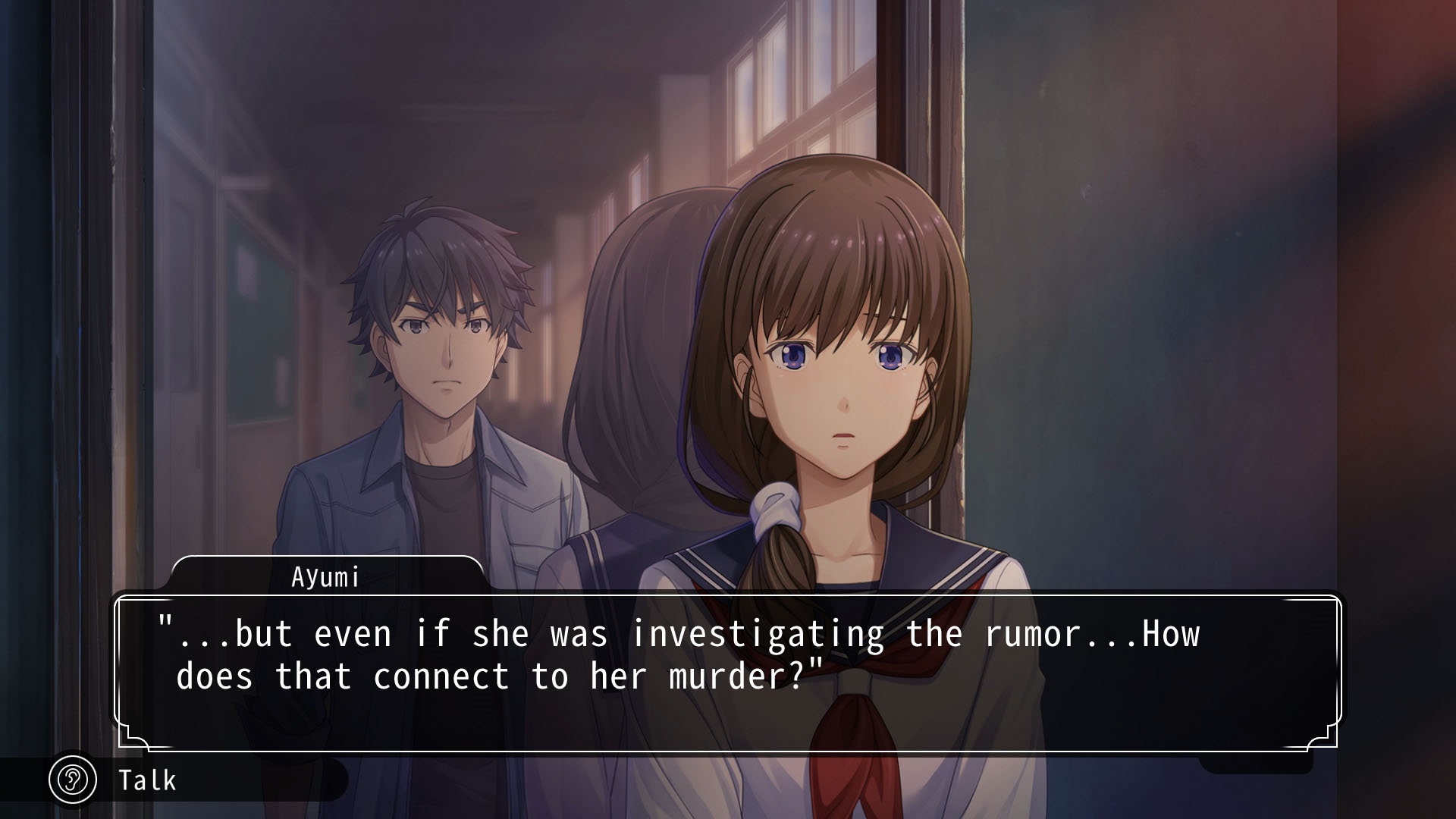 Some thirty years later, non-Japanese speakers can finally experience these games natively thanks to new Nintendo Switch remakes of the two NES titles – original game The Missing Heir and its prequel, The Girl Who Stands Behind.

I honestly don’t have an enormous amount to say about these games beyond simply making clear that if you have any sort of affinity for the visual novel genre, you absolutely should play these titles.

This new remake bundle is a lovingly-crafted affair, doing the obvious such as replacing the graphics and music, but also adding fully-voiced Japanese dialogue. For the English release, there’s sharp translations of a high quality that convey the tone and wit of the original well, and it’s all just… well, rather lovely. Or as lovely and as breezy as a story about teenagers investigating horrific killings can be, anyway.

If you’re less familiar with the genre, most of what you actually do is simple exploration. Talking is the key pillar, where to find your next clue you might be darting back and forth between several potential witnesses, able to converse with each about a variety of topics. Sometimes you’ll be pixel hunting, scouring a beautiful hand-drawn representation of an area to find details that’ll spark a narrative eureka moment. Naturally, much of the onus is on you to connect the dots and figure out what the game is hinting at at any given moment – though it does give you a helpful nudge along here and there. 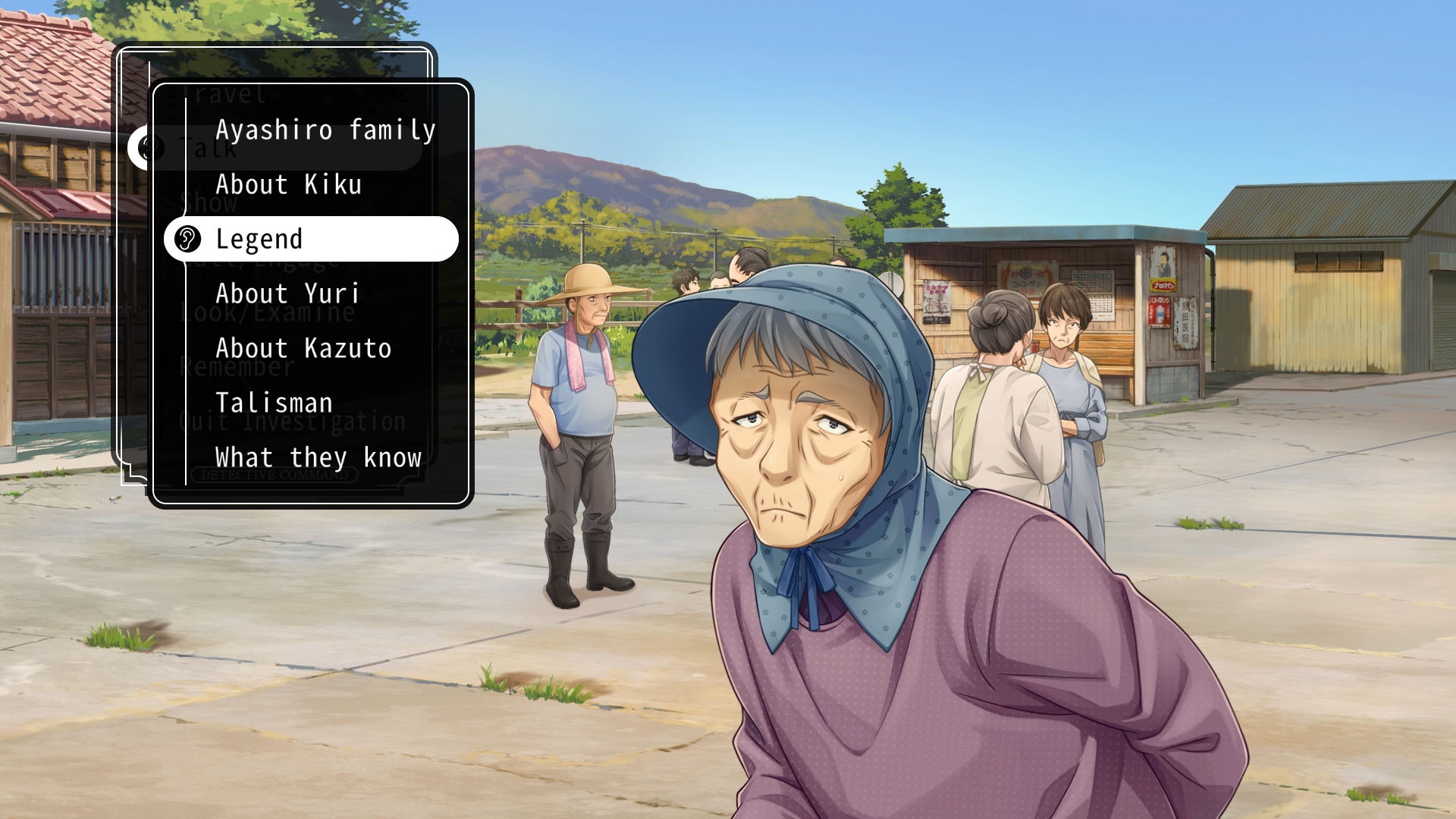 These are obviously games that are over three decades old; and in some ways, they show that. They are undoubtedly more simple than their modern counterparts in some ways – but the one advantage of this genre is that it remains so simple that it’s still a sublime pleasure to experience all this time on. Probably the most obvious sticking point that shows the age of these titles is their difficulty, where sometimes an obtuse clue or a wealth of options can serve to confuse and frustrate. Generally, however, they are a pleasure to play.

Sitting down with a visual novel is in many ways the video game equivalent of cosying up with a really good book, and while elements of a book’s prose might eventually become antiquated, the overall experience is seemingly unassailable to time. For visual novels elements like visuals and music do age the experience, but this update modernizes those elements well, which allows you to focus down on a pair of enjoyable and arresting stories.

You can’t go into this expecting massive replay value, of course – these are linear, largely unchanging mysteries that once unravelled can never be experienced in the same way again. But the value is there in the form of two games in one package, each somewhere just shy of ten hours each under normal conditions. I’d also argue that there’s tremendous value also in the historical significance of Western players finally being able to enjoy these games for the first time.

The Switch is the perfect place for them, too – as that book analogy suggests, these games are most at home if you undock, curl up on the sofa, and play Famicom Detective Club as if it were a paperback thriller.

These are the exact sort of titles that Nintendo of old would never have thought about localizing, and I’m thrilled that these remakes have been given such loving attention this time around. Like I said, if you’ve ever loved a visual novel, you should consider giving this double pack a try.