Seriously, a free-to-play HAWX would work perfectly in the current market.

I’ll concede that this story may have reminded most of you HAWX was a game that existed. Back before Ubisoft cracked the code on the chart-topping, open-world RPG, 100-hour epics, the publisher was happy making some money on smaller games from a range of diverse genres. The 2006-2009 Ubisoft invested in several projects that, while not always successful, were unique and interesting in their own right.

This is the era of the off-beat Prince of Persia reboot, the revolutionary voice-activated real-time-strategy EndWar, and the promising but ultimately mediocre Haze. Ubisoft seemingly was at its most daring at that time, because it’s also that era that brought us a modern classic in Far Cry 2, a revolutionary take on stealth and historical fiction in Assassin’s Creed, Xbox 360’s first next-gen multiplayer shooter Ghost Recon Advanced Warfighter, and Rainbow Six’s most accessible, fun sub-series in Vegas and its sequel.

The intention, I assume, was to cast a wide net and hope some of those games are hot enough to be turned into franchises. Not all of them ended up getting sequels, and the few still relevant today barely resemble their early iterations. But one game you won’t often see mentioned among those classics is Tom Clancy’s H.A.W.X., or what I thought of as a jealous PC-only player at the time “oh god, someone finally recognised there’s a market for arcade dogfight games on PC.”

HAWX was exactly the game you’d imagine from reading that description. It’s an arcade aerial combat action game inspired by Ace Combat, one that borrows many of its systems from the Japanese series. HAWX was a game of dogfights using modern military jets with ridiculously high missile counts, incessant radio chatter (though nowhere near as melodramatic as Ace), cockpit and third-person views, female-voiced warning tones, a story campaign and standard multiplayer.

HAWX’s biggest innovation was the Enhanced Reality System (ERS), which essentially translated fundamental actions and manoeuvres into minigames anyone could perform. Even in something as arcadey as Ace Combat, you’d still need to rely on a basic understanding of intercept trajectories and missile-evading manoeuvres. HAWX just turned all those into a minigame of flying through gates, where the AI would calculate your trajectory and speed and ask you to perform some basic flythroughs to successfully intercept an enemy plane, or evade a missile.

It was to air combat games what driving lines and brake assists are to modern racing games.

Out of the cockpit, the rest of HAWX’s presentation was well-realised, even by today’s standards. Levels were incredibly well detailed, and based on real-world locations, which helped ground it somewhat. The urban and metropolitan areas were particularly dense with 3D skyscrapers in the city centres, and a concrete jungle of buildings everywhere else. Weaving the events of Ghost Recon Advanced Warfighter 2 into HAWX’s story boosted its profile, and earned it some legitimacy new games in established brands usually have to work hard for. It also helped that GRAW games were a big deal back then.

I’ve always had a soft spot for HAWX – both games. Ace Combat wasn’t doing PC back then, and I was obsessed with military jet designs. It never made sense to me how, even as Ace Combat continued to succeed, Ubisoft never (to my knowledge) considered bringing back HAWX. But the perfect opportunity for this to happen may have just presented itself. In its most recent earnings call, Ubisoft expressed a desire to move away from relying on big AAA releases and invest in “high-end” free-to-play games. Though it’s easy to interpret that as the company shifting focus away from its biggest games, this is more than likely a desire to expand those same franchises into markets and segments a $60 console game is never going to reach.

It would be foolish to assume HAWX is a big franchise – or a franchise at all – in 2021, but there’s a way it could be. 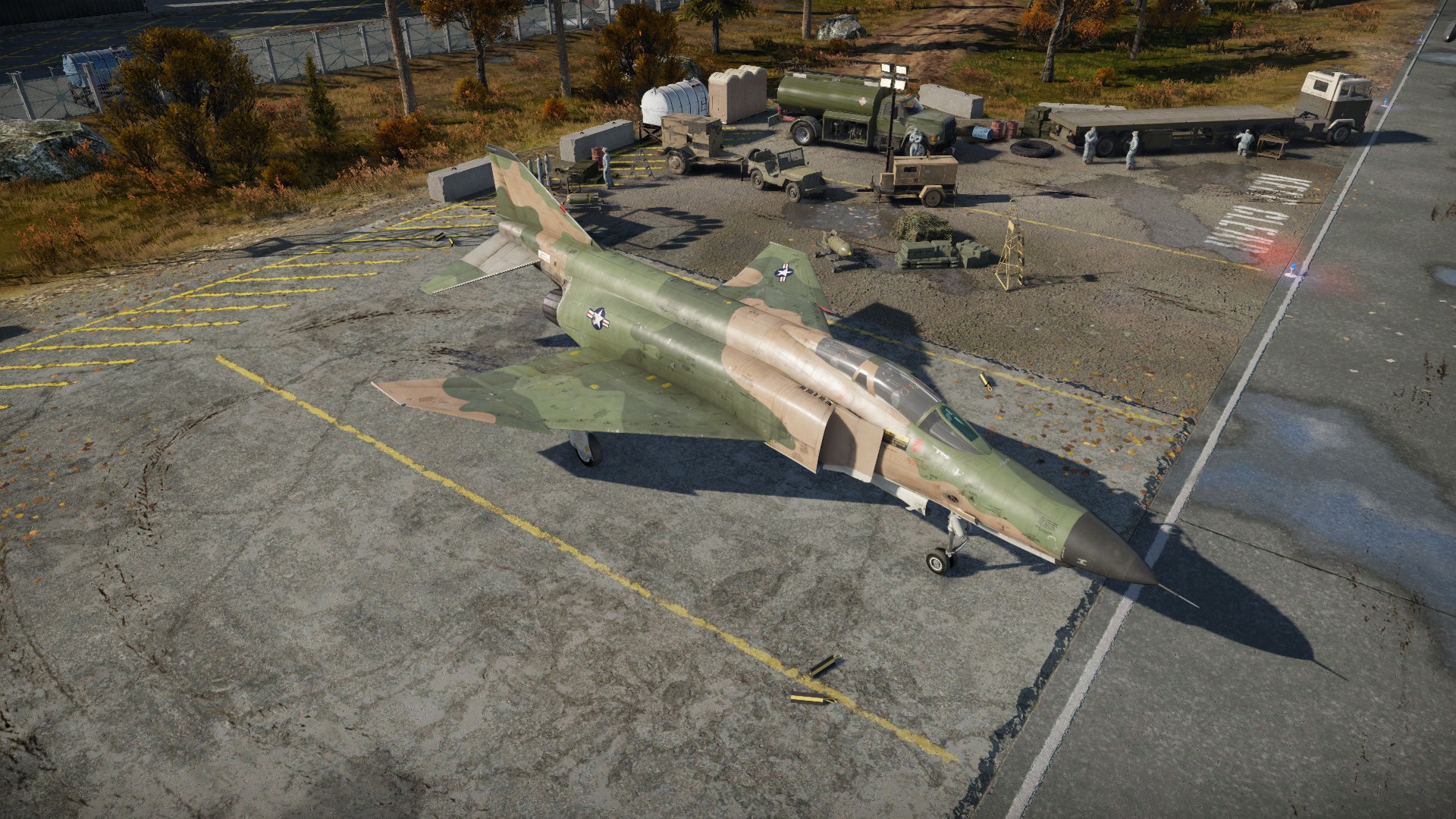 In Ubisoft’s obsession with AAA open-world RPGs, there was never really any room for HAWX – unless the same standards also had to apply. Ubisoft likely wasn’t interested in spending Assassin’s Creed or Far Cry money on it, so it remained dormant. Away from the AAA space where Ubisoft mainly operates, there’s a rich world of free-to-play games that don’t play by the same rules. I am specifically talking about the long-running War Thunder, and World of Warplanes games. Two different games from different publishers… that are very much the same.

War Thunder started out as a realistic-leaning multiplayer air combat game, before it expanded into ground vehicles and later naval ships. For the longest time, it was limited to planes from the Golden Age of Aviation, but over time, it continued to gradually push into more modern times, with one of the recent additions being Phantom jets. Warplanes is a more arcadey take on the same mechanics, and itself mostly covers airplanes from that same era and a few prototypes from the ‘50s and ‘60s. The similarities between the two begin to really cement when you look at how they’re monetised. They’re both free-to-play, with a paid currency and others earned through play. They both start you out with a basic, ancient aircraft in the lowest tier, and you need to either grind – and it is a grind – or spend money to unlock fighters from the higher tiers.

Beyond that specific structure, the two games are a mess of menus and systems; crew maintenance, levelling up individual weapon platforms, repair costs, and a whole lot of guff meant to suck away a lot of your money and time. Then there are premium accounts, which form another tier of access you have to pay for. These are essentially subscriptions that act as coin doublers and boost your earn rate elsewhere in the game.

On top of that, they also sell what they call Premium Aircrafts, even more lovingly-detailed machines you can only get by spending real money. They typically come in bundles of in-game currency and such, and one look at War Thunder’s Steam page should give you an idea of how high the prices of some of them get.

It is impossible for someone just getting into either of those games not to feel overwhelmed. If, like me, you’re only interested in their most modern aircrafts, you’re going to have to spend a lot of money to fly one from the off.

Seeing as how this same model is also used in Wargaming’s other games, and considering how long-running those have been, what they’re doing clearly works. But there’s a better way of doing this, one Ubisoft could be the one to introduce. 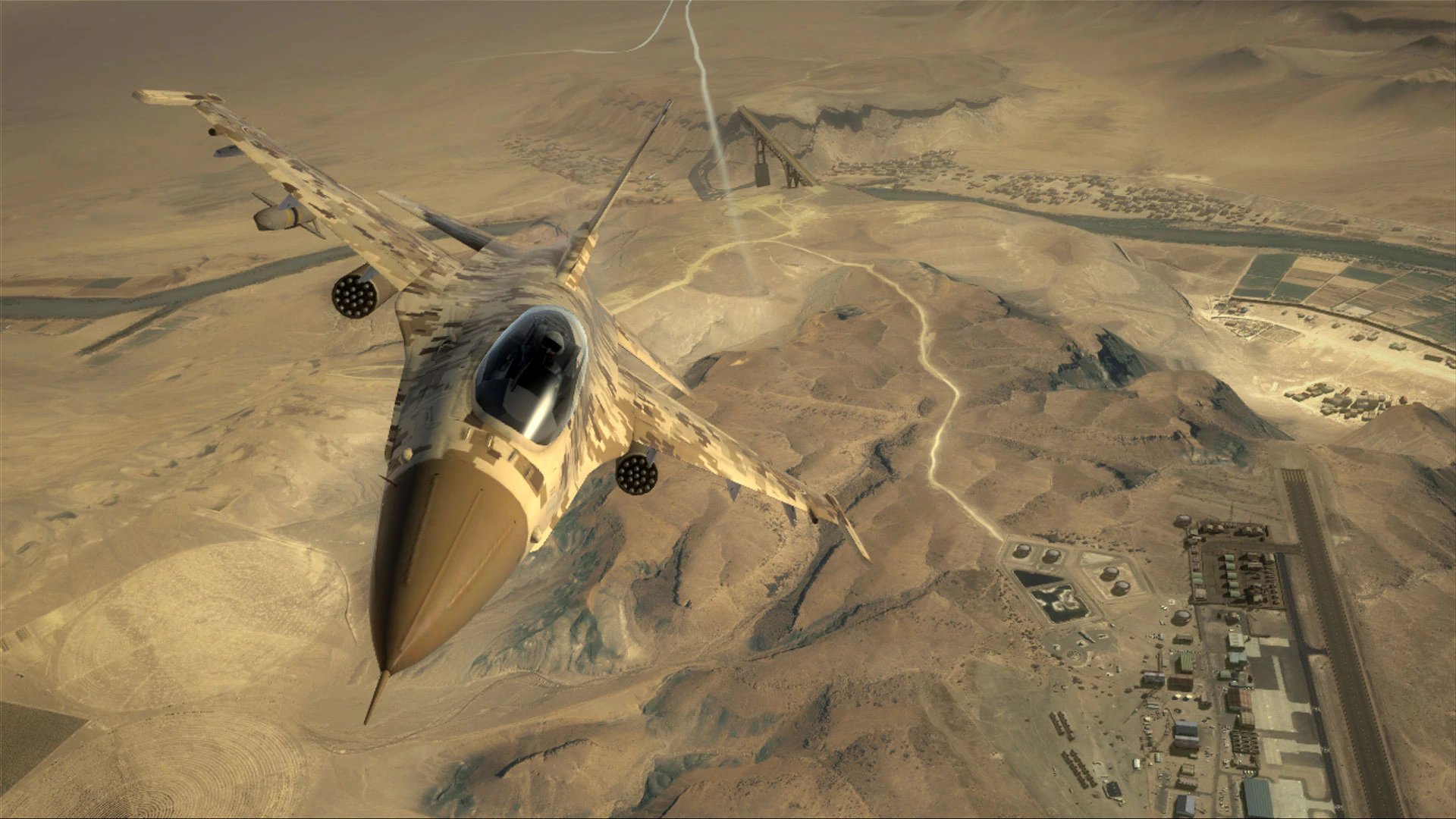 A simple free-to-play model with a few starting aircrafts could work. The rest could be made available for in-game currency or real-money, in the same way Ubisoft does this today with Rainbow Six Siege. Updates to the game world, as far as maps and systems, should remain free for everyone. You can already imagine the types of skins and other cosmetics that will be available for sale, and it’s all going to be accepted as long as the core game remains free. Ubisoft’s production prowess can even help it produce high-quality single-player content, one I am sure many will happily pay for – a way to support continued development without messing with the core balance.

I would kill for a co-op or PvE mode where I can live out my fantasies as I browse my well-stacked hangars. There’s another angle ripe for exploration there, too, with how many variants modern aircrafts have – essentially getting more value out of the same assets, if I were to think like an executive.

I can’t begin to imagine the technical groundwork necessary for something like this to work, and I know that vehicle handling is one of the hardest things to get right in games (and Ubisoft’s track record there is spotty at best). But I am certain a competitor to those games could do well with the proper backing. A free-to-play HAWX with the production values of a Ubisoft game, modern aircrafts (something both War Thunder and Warplanes lack), a solid arcade feel and a presentation that won’t cause you to faint might just be the high-end free-to-play game the company needs.