You’ve been in some difficult situations up to this point, but Yagak is probably the most difficult boss in Outriders so far.

If you’re playing on a higher difficulty level, dealing with Yagak can seem like pure luck – and that’s because it is.

Combining uber-powerful attacks, ridiculous mobility, and a deluge of buddies ready to swarm you at a moment’s notice, this boss fight in the Hilltop Monastery can be very hard, but is not impossible.

Here’s what you need to do to defeat Yagak in Outriders.

How to beat Yagak in Outriders

Despite fighting Yagak in a relatively wide-open area, this is one of the more claustrophobic battles in the game – where getting your feet stuck in the scenery is as much your enemy as any.

While there’s still a hefty amount of luck involved, there are a few things you can do to prepare for this boss, whichever class you’re playing.

For starters, you need a primary weapon equipped with the best freezing or slow mods you have available to you.

This is absolutely imperative for locking Yagak down and loosening his offensive pressure.

Yagak will often resist the effects of your equipment and abilities, so it’s not a sure-fire strategy – but it’s the best you’ve got. 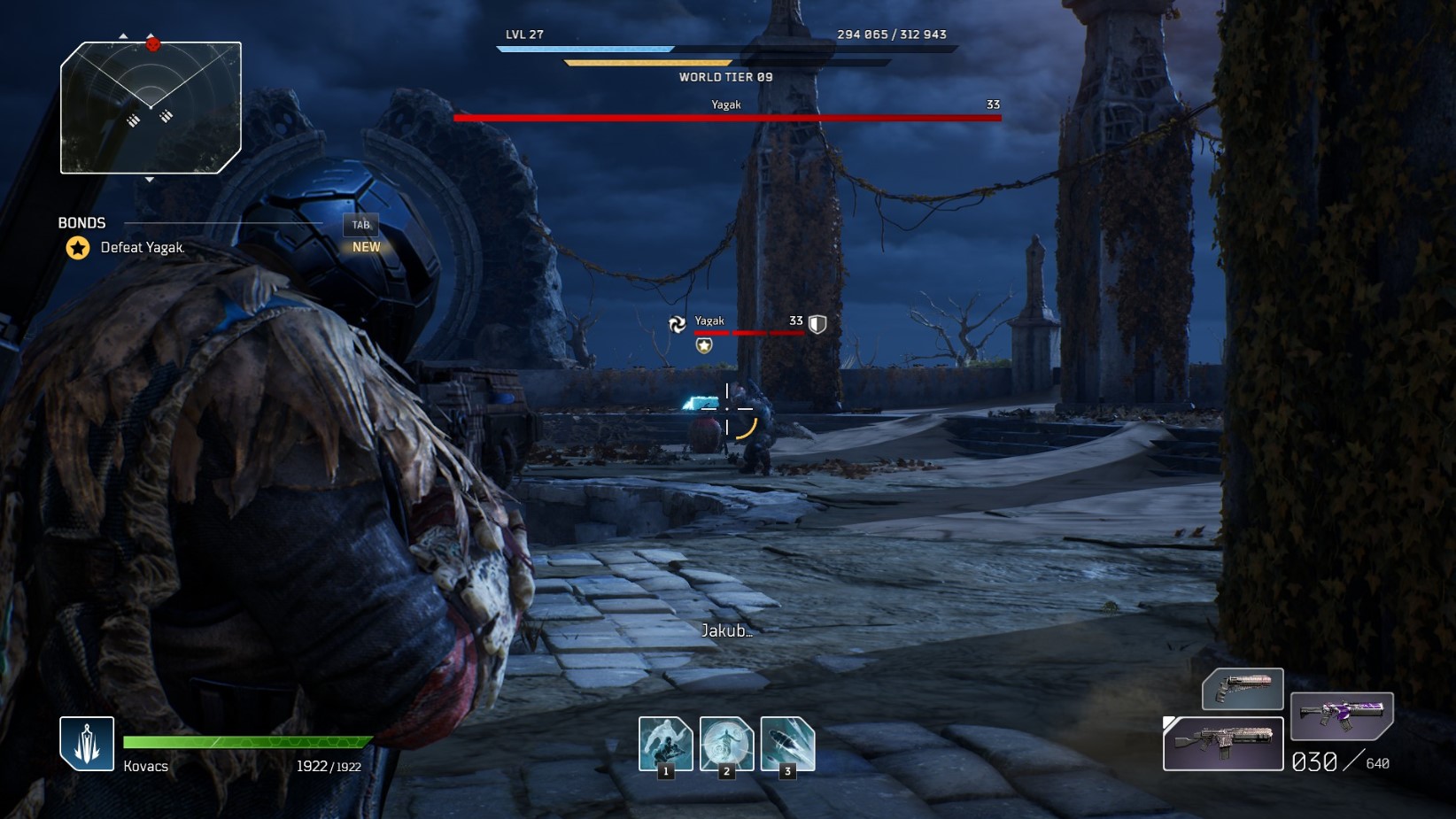 As well as this, it should go without saying that you also need a primary equipped with Life Leech as a way to replenish your health without killing enemies.

When it comes to skills, bring anything you can use to slow, weaken, or inflict statuses on Yagak.

Then you should also bring anything you can use to improve your bullet damage – such as the Trickster’s Twisted Rounds.

As soon as you gain control in the boss fight, Yagak is going to launch himself clean across the arena and stab you.

To avoid this, look to your right and stand behind the large pillar. This should block his attack and leave him at a nice close range to unload your shots into. 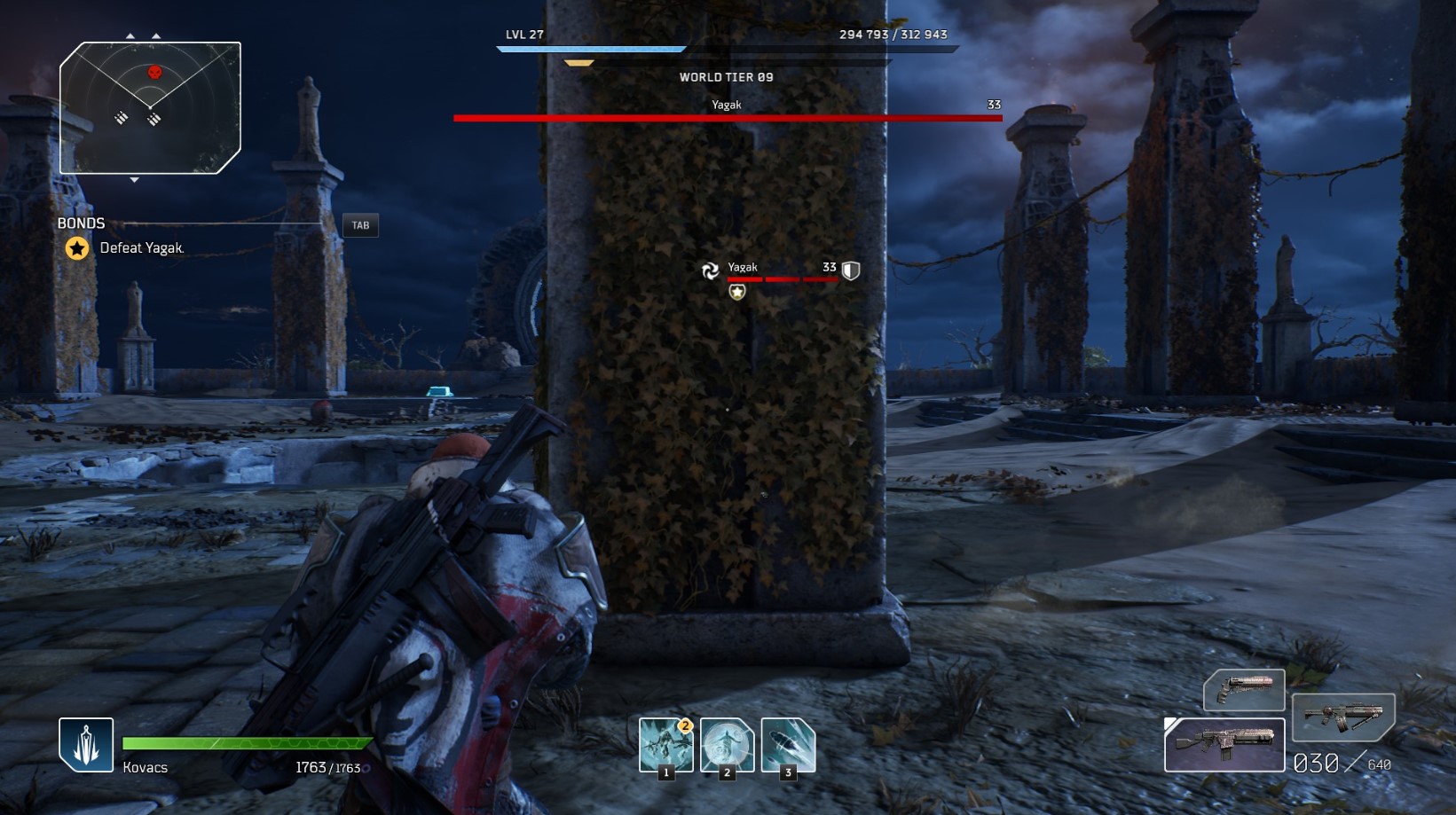 Deploy any slowing or status abilities you have and pray to the gods of Enoch that you score a freeze or a slow with your regular shots. 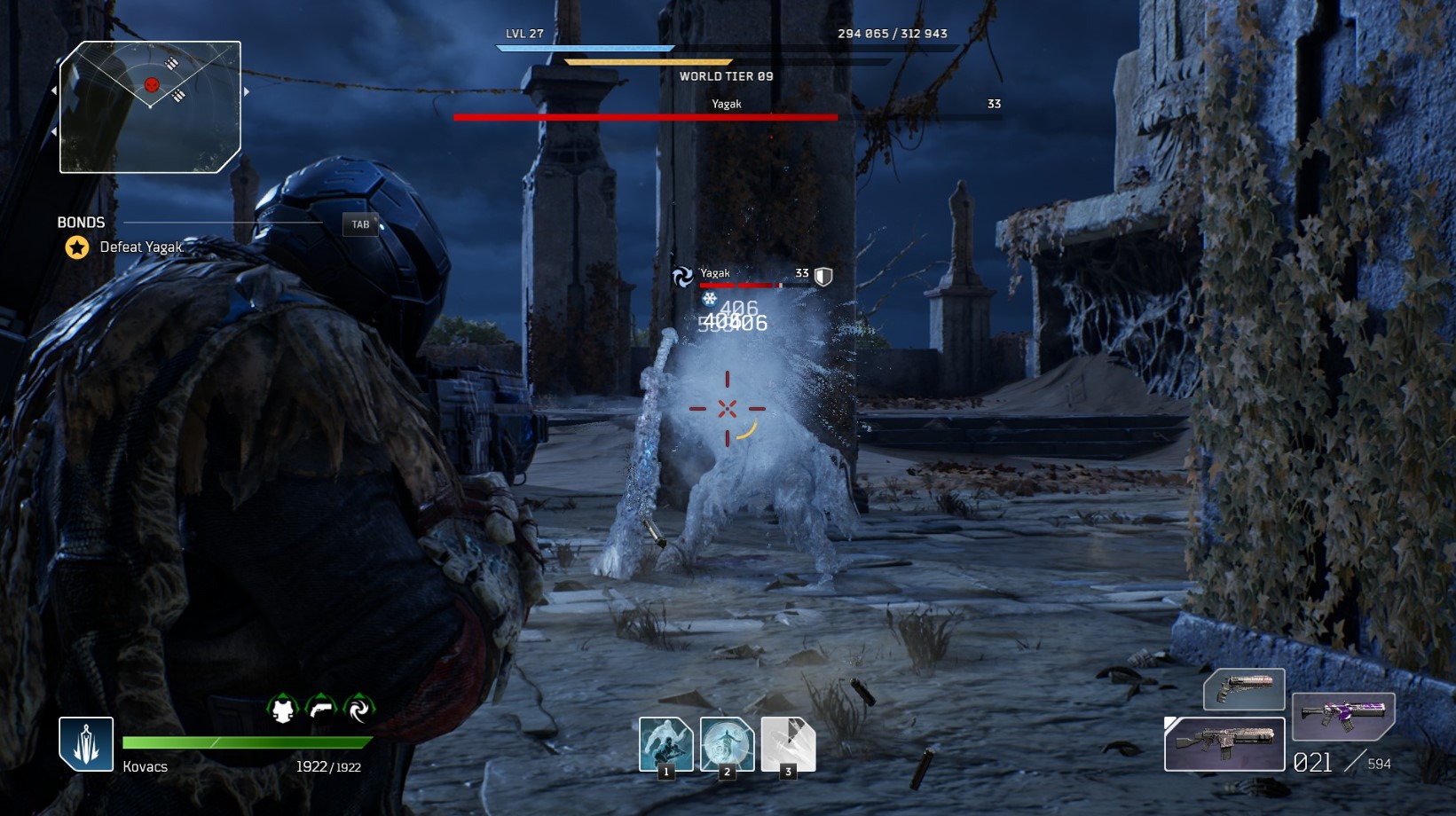 Hopefully with Yagak briefly incapacitated, you can then use your damage skills to throw as much damage as you can his way.

With roughly a 1/3 of his health gone, he’ll form a protective barrier around himself and start to cast lightning bolts.

At the same time, he’ll summon melee enemies to swarm you.

Backpedaling as much as possible in a circular motion around the outside of the boss arena, do your best to stay out of the red circles marking the floor. You should be able to kite the melee enemies and defeat them quickly, replenishing your health. 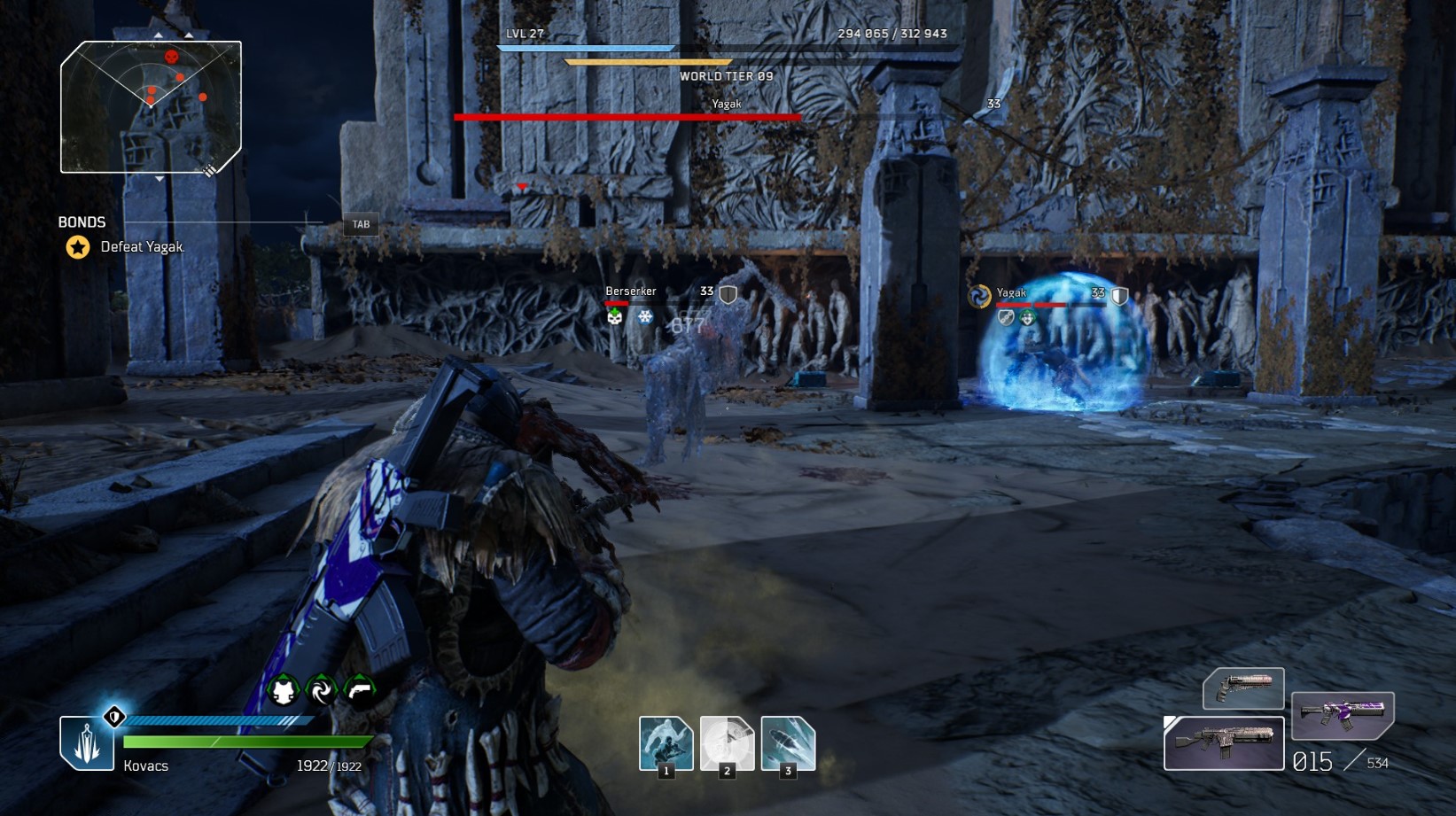 As soon as Yagak emerges from his bubble, he’s open to damage – and freezing – again.

If he starts to summon lighting, sprint away from the red markers while popping off shots in his direction while you can.

Or if he goes for his lunging melee attack, either dodge roll backwards over and over until he stops, or repeat your move from the start of the fight and hide behind a pillar again.

If you manage to score another freeze or slow, you can repeat the process of unloading as much damage as possible all over again.

The pressure of this fight is intense, particularly on higher world tiers, but continue to use the pillars as cover from Yagak’s melee, backpedal around the outside of the arena away from his lightning, and use the rushing normal enemies to regain health.

It seems like this battle has a high chance of dropping Legendary Weapons, so hopefully your pain will be worth the effort!