This week over at Jelly Deals we’ve been celebrating World Book Day with a number of buyer’s guides and fun features on the world of literature. For the day itself, though, we thought we’d pop over to our pals at VG247 to share some of the best books on the topic of our favourite hobby: video games.

Below, you’ll find a mix of fascinating biographies from gaming visionaries, insightful behind-the-scenes glimpses at game development, a few arty coffee table books to keep on display and precisely one cookbook. Well, we all love a gaming snack, right?

Peruse the selection below and let us know if any already claim a spot on your bookshelf – or if you plan to add them soon!

1001 Video Games You Must Play Before You Die 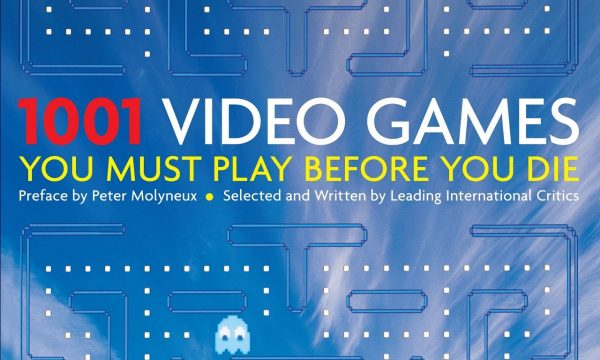 I don’t think any of us here are suffering from a small backlog of games to get through. Well, 1001 Video Games You Must Play Before You Die might add a bit of structure to your pile of shame.

This almightly guide will take you through the entire history of our favourite pastime across multiple platforms – from the nascent era of Pong to modern classics such as Grand Theft Auto and Final Fantasy.

Granted, you’ve probably played a fair number of these already, but this will give you a satisfying checklist to tick off as you go. Consider it the most comprehensive trophy or achievement list outside of an actual game that you’ll need some serious determination to complete. 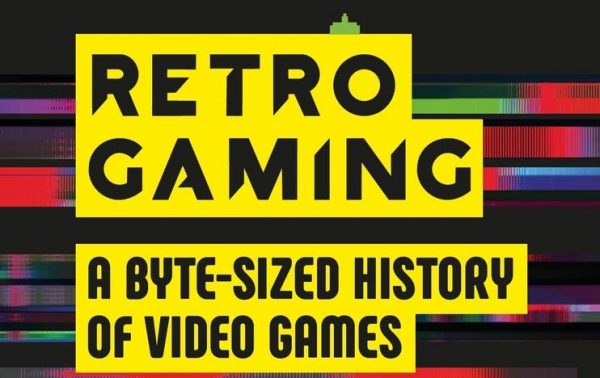 For something that doesn’t just give you a list of games to tick off but delves further into 40 years of gaming history – from its arcade origins to its first steps into the home and transition to on-the-go handhelds – you can get Retro Gaming: A Byte-sized History of Video Games.

The book covers many of the most significant releases across the years, including many of the big names you probably know and love. A great choice as something for yourself to refresh your memory or learn about some games you may have missed – or as a gift to that retro gamer in your life. 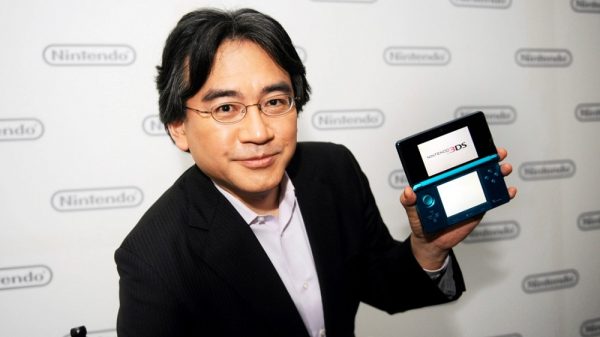 Satoru Iwata, the legendary global president and CEO of Nintendo, sadly passed away at the age of 55 in 2015. Ask Iwata: Words of Wisdom from Satoru Iwata is a collection that brings together some inspirational conversations and insights from the man behind such big innovations at the house of Mario, including the Nintendo DS and Wii.

Undoubtedly, his guidance changed the focus and direction of Nintendo over recent years to bring it to the monumental position it holds today. Whether that’s in our living rooms playing Breath of the Wild, taking our gaming on the go with the Switch Lite or even bringing it to mobile with Pokémon Go. His legacy will live on for a long time yet.

The Legend of Zelda: Hyrule Historia 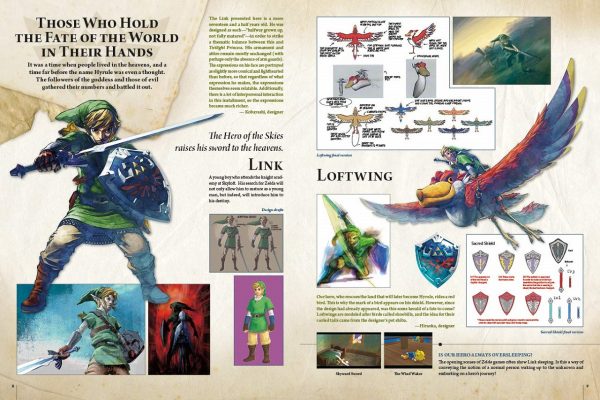 For many, many years, fans of The Legend of Zelda struggled to conclusively settle on the timeline of the series. In fairness, that was probably because Nintendo never thought to plot out Link’s various adventures across Hyrule and beyond for the following 35 years.

Finally, however, in this Hyrule Historia collector’s book, Nintendo revealed the definitive Legend of Zelda timeline. Without getting into it too much, the result is about as convoluted as you would expect for an attempt to tie together almost 20 different games, with suggestions that it spans across multiple eras and parallel timelines.

Naturally, these revelations made this gorgeous volume a much sought-after item. But it shouldn’t only be considered a worthwhile purchase to answer that question. Hyrule Historia also offers a fascinating look at the entire Legend of Zelda series, supported by an encyclopedia’s worth of information and never-before-seen concept art.

It’s a worthy collector’s item you can raise aloft your head with pride every time you withdraw it from the bookshelf. Even if it’s just to debate when Link to the Past takes place in relation to Link’s Awakening once more.

Bioware: Stories and Secrets from 25 Years of Game Development 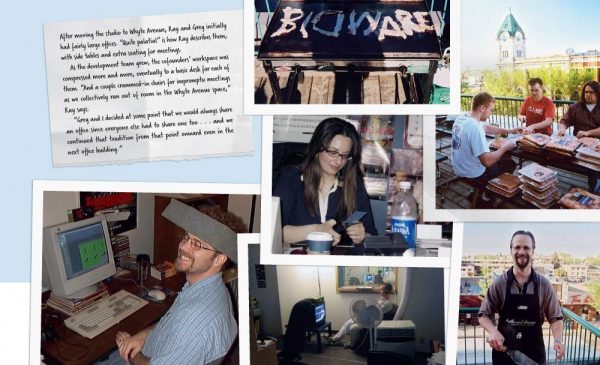 Bioware will probably mean something different to everyone depending on when the developer’s video games entered your life.

For some, Bioware is the cRPG supremo thanks to their early years with Baldur’s Gate and Neverwinter Nights. For others, Bioware will be the undisputed RPG powerhouse of the Xbox 360 and PS3-era thanks to the sci-fi epic Mass Effect trilogy and fantasy opus Dragon Age. Newcomers, meanwhile, may have the slightly more tainted image of Mass Effect Andromeda and cancelled mega-flop Anthem in mind.

Whichever you are, Bioware: Stories and Secrets from 25 Years of Game Development is a fascinating report into the history of Bioware. It’s full to the brim with artwork and photographs and design documents, including some information on cancelled projects that we’ve not heard about until now. One for those who want to peek behind the curtain into the mysterious world of game development!

Reality is Broken: Why Games Make Us Better and How They Can Change the World 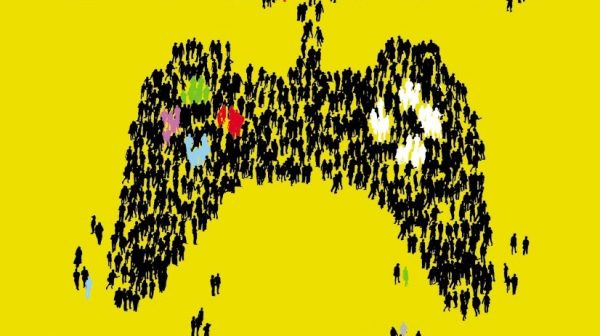 Before it seemed every fitness app was getting us to compete with friends or rewards would be trickled our way for completing mundane tasks for that hit of dopamine, game designer Jane McGonigal was showing us how these gaming concepts could be applied to our lives in Reality is Broken.

In it, she delivers a fascinating argument for how the power of games can improve our every day lives. By that, we obviously don’t mean sitting around on World of Warcraft for hours on end, but by taking the skills and experience we might gain in such a game and bringing them into other aspects of life. I mean, if you can organise and co-ordinate the chaos of a 40-person raid in Molten Core, imagine what that means you could achieve elsewhere! 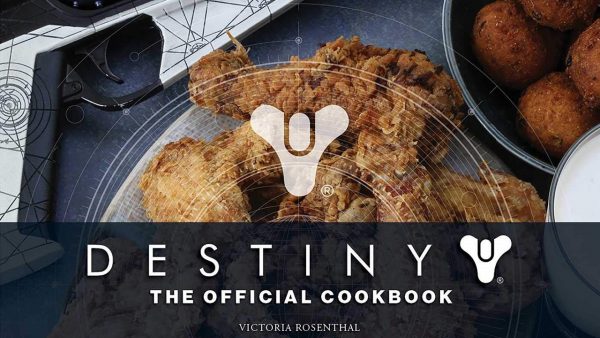 As much as we all love to while away the hours grinding away in our favourite games, it’s just as important to have some other hobbies on the go – at least for a bit of variety in our lives. For many, nothing beats getting in the kitchen and cooking or baking up a storm.

Enter Destiny: The Official Cookbook. It takes inspiration from Bungie’s sci-fi looter-shooter opus to create a number of recipes for you to make in your own home. There’s a wonderful mixing bowl of food and drink ideas, from Gjallardoodle cookies to Reveller’s Tonic – and even Cayde-6’s favourite Spicy Ramen. 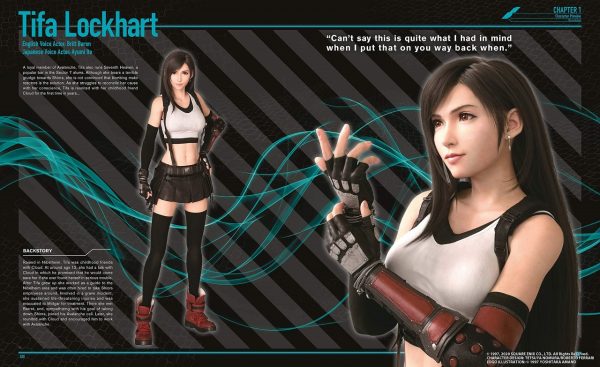 Ever since that E3 tech demo trailer, the world was waiting for a proper remake of Square Enix’s PS1 opus, Final Fantasy 7. In fairness, if you sat and thought about the challenges of bringing one of the most important games of all time up to modern standards, it seemed like our wildest dreams would never be answered. Then the unthinkable happened at E3 2015.

In the ensuing five years, there were many moments when most considered the Final Fantasy 7 Remake to just be another piece of vapourware. But, when it finally arrived in 2020, it was a wonderful surprise. Incredibly, it managed to capture much of the spirit of the original, while making changes elsewhere that – for the most part – gave it that current-gen feel it needed.

Now, for the superfans, the Final Fantasy 7 Remake: World Preview + Poster Collection are two perfect books to add to your collection. The former offers a deep dive into the world, characters and more from the game. The latter includes 22 high-quality posters featuring some stunning key art from the remake for you to display. 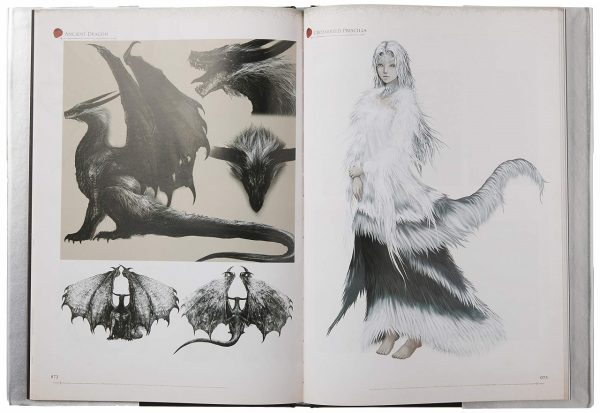 If Dark Souls is known for one thing, it’s the game’s bastard-hard boss fights. If it’s known for another, though, it’s the rich lore and world-building that goes into each entry. Rather than smother you in it, though, the series carefully seeds the history of its people and places amongst the items you collect and the environments you (carefully) explore.

That alone makes Dark Souls: Design Works such a worthwhile purchase for anyone who likes to dig into Miyazaki’s oppressive and foreboding realms. 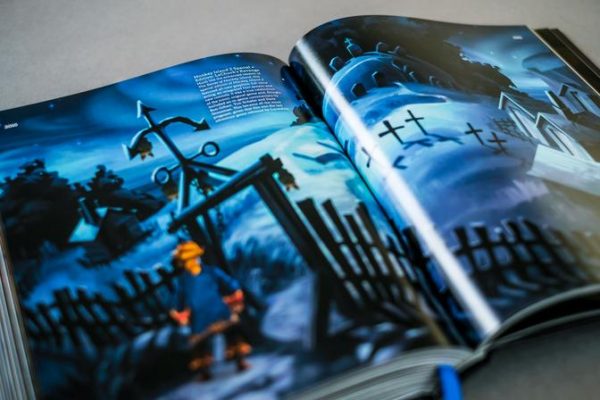 As I can’t just pick one of the beautiful compendiums created by Bitmap Books, I’ve chosen to highlight a few for you to browse through and pick your favourites. The cover designs are all wonderful in their own right, but it’s when you flick them open to see the delights inside that you see the quality on offer.

Whether it’s delving into the history of gaming’s early years with the Commodore 64 Visual Compendium, taking us through the development of an entire genre in the Art of Point-and-Click Adventure Games or bringing to light lost works in The Games That Weren’t – these books demand to be displayed and enjoyed.

And that about does it. Hopefully, we’ve highlighted something there that’s caught your eye.

For even more excellent gaming merch and all of the net’s best offers on games, tech and more, do give Jelly Deals a follow on Twitter.