The New Game+ Expo is set to return for another year, and promises announcements from game companies such as Koei Tecmo, Natsume, ArcSys, and more.

Following on from the success of last year’s New Game+ Expo, another event has been planned for 2021 – though there will be fewer companies taking part in the show this time around.

Still, gamers eager to hear more about what the world of Japanese game development has planned for the future are in luck, with 10 studios confirmed for the expo so far: Aksys Games, Arc System Works, Gungho America, Koei Tecmo, Idea Factory International, Inti Creates, Natsume, NIS America, Playism and PM Studios are all confirmed at the time of writing (thanks, Siliconera). 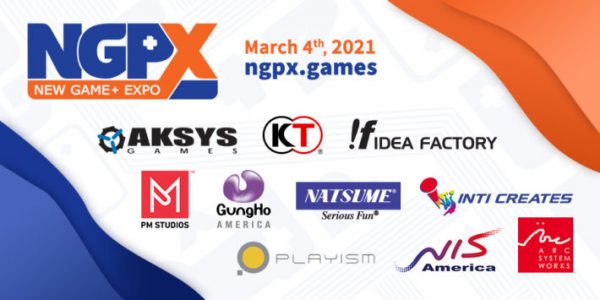 The digital showcase is set to take place on March 4, 2021, and it’ll all kick off from 8am PT/11am ET/4pm GMT. Similarly to last year’s event, you will be able to watch the whole thing via Twitch.

No specific games have been teased for the event, but it goes without saying we’ll be seeing more from the likes of Disgaea 6, Guilty Gear Strive and other headline titles from the developers involved with the show.