I can’t have been the only child that made a presentation for their parents in order to sell the value of a home PC in the mid-90s.

If you are a fortunate child of the mid-90s you’ll have experience with Encarta, the interactive CD-based encyclopedia from Microsoft. My son being taught how to research a subject (penguins, if you must know) thrust this iconic bit of the 90s back into my thoughts, no doubt like how a jewel thief might rekindle past heists when teaching their children how to make a plan. Encarta for me is more than an impressive archive of information. It’s part of a devious scheme that made me who I am today.

It used to cost a fortune. There was no way the average kid was getting hold of an Encarta CD, but then something magical happened: it was bundled with a lot of new PCs. I latched onto this fact in a big way back when I was 12 years old. This was how I’d convince my parents to get a PC that I could play games on. This is how I’d become a PC gamer. 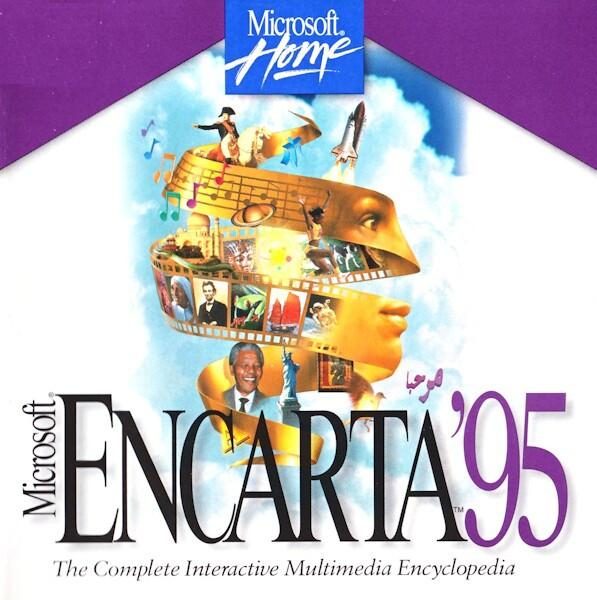 This was THE thing kids wanted in the mid-90s.

If you didn’t exist in the mid-90s or were too young to function as a person, this was an era before the internet – something that would only become mainstream in the home in the late 90s/early 2000s. If you needed to do research for something, such as science homework, you’d need to read a book or hope a parent knew everything there is to know about electromagnets. Some families had printed encyclopedias on a big bookshelf. I wasn’t interested in those as they didn’t fit into my grand plan.

I’d seen Doom, Doom 2, Wing Commander, Heretic, System Shock, Magic Carpet, Syndicate and more, and desperately wanted to play them. Unlike games consoles, which were not cheap but also not completely out of reach with prolonged savings and staying a few years behind the release schedule, a PC for games felt like an impossible dream. My friend at the time had a Roger Rabbit game, which looking back was ultra naff, but it was an example of something I couldn’t play. FOMO definitely existed in the 90s, although usually it was due to a cousin having something you wanted, like a SNES.

Encarta, a PC-based encyclopedia that I’d used at school, would, in all fairness to 12-year-old me, be very useful, but I was absolutely using my education as a Trojan horse. I (and it should be said, my brother) wanted a PC to play games on, so work began on a sales pitch.

Sadly the actual hand-written and drawn presentation has long been pulped, but it included such arguments as “we’ll get better grades,” “you’ll save time by not taking us to the library,” “save money on books,” and “the school computers are always busy.” I remember laying these paper sheets out on my parents’ bed, then calling them up to listen to our presentation. Lambs to the slaughter, I thought. They’d never be able to resist. They didn’t, but at some cost. 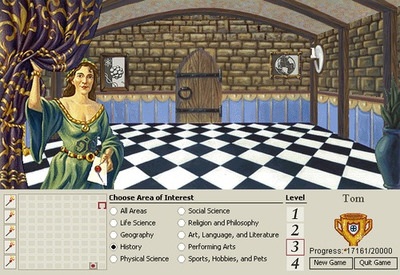 This is really how most kids used Encarta, even if it was very hard.

I feel a little bad. PCs were, and largely still are, expensive. My parents used Radio Rentals (another relic of a bygone era) to get a PC for a monthly fee. I did use Encarta a lot, but to be honest it was mostly playing the Mindmaze game (hello fellow Mindmaze fans!). We also seemed to spend a disproportionate amount of time setting up the loud and slow Dot matrix printer needed to get images from Encarta and into my school book. Guilt aside, this PC, which these days is likely less powerful than my kettle, set me down the road of PC gaming. And the PC gaming scene was a hugely exciting place to be involved in back then.

Even when games consoles like the PlayStation started pumping out 3D graphics, the lure of the PC and its seemingly limitless potential power meant I was deep in the upgrades and tweaks hole. Why play games at all when you could just tweak settings for hours? Why play games when you could circle upgrades in Computer Shopping magazine? Thanks, Encarta. You inadvertently turned me into a PC nerd, an affliction I only managed to rid myself of 10 years later.