When Eivor and Sigurd leave Norway to plunder the riches of England, they were probably thinking more gold and silver than nickel and tungsten ingots – but you get what you’re given.

In Assassin’s Creed Valhalla, as you move inland on your quest to try and unite England (good luck with that), you’ll need to improve the armour and equipment you find along the way, but laying your hands on what you need can be a little complicated.

While it first looks like you just need the basic resources to upgrade your gear, you’ll also need ingots of various metals to allow for greater upgrades in the future.

Ingots are slightly different to the other upgrade resources in Assassin’s Creed Valhalla. Rather than progressing you further up the upgrade track, ingots are used to enhance the base quality of your gear, extending the upgrade track itself, allowing you to improve your gear even more.

Using ingots will often change the appearance of the weapon or armour as well, and also unlock new rune slots for more passive buffs.

Items can be upgraded a maximum of three times, progressing from the first tier of ‘fine’ all the way to ‘mythic’, meaning you can turn even the lowliest of hatchets into one of the best weapons in Assassin’s Creed Valhalla. The item’s background will let you know what level it has reached. 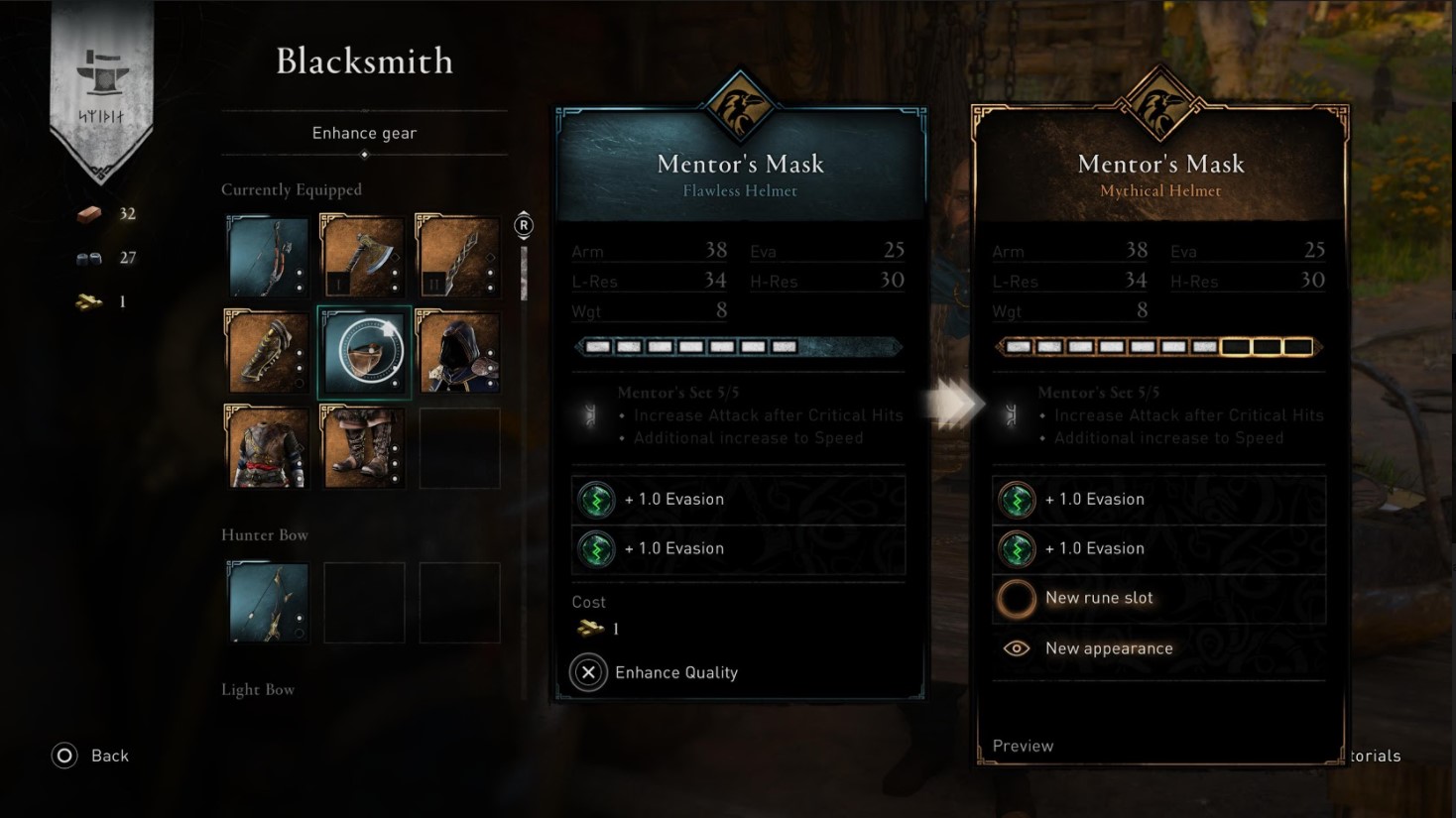 Ingots are used to extend the upgrade track of both armour and weapons, but weapons often require more ingots per upgrade. But since you’ll have five pieces of armour to upgrade, the overall cost is about the same. When you’ve got enough ingots, you can start improving your equipment by speaking to the blacksmith in Ravensthorpe.

There are three types of ingot, that Assassin’s Creed has handily coloured, bronze, silver, and gold to give you some idea of the value of each.

Carbon is bronze, and used to improve fine equipment to ‘superior’. Nickel improves superior gear to ‘flawless’, and Tungsten is the gold standard taking ‘flawless’ weapons and armour to ‘mythical’ and unlocks the final section of the upgrade track.

Where To Find Ingots in Assassin’s Creed Valhalla

Ingot locations will be marked as treasure while you explore and expand your map. These treasure icons will first appear as golden orbs on the map and compass, but you can see what they are if you get within around 50m and use your Odin Vision. After that the orb will change to an icon, and for ingots that icon will be a stack of ingots helpfully. 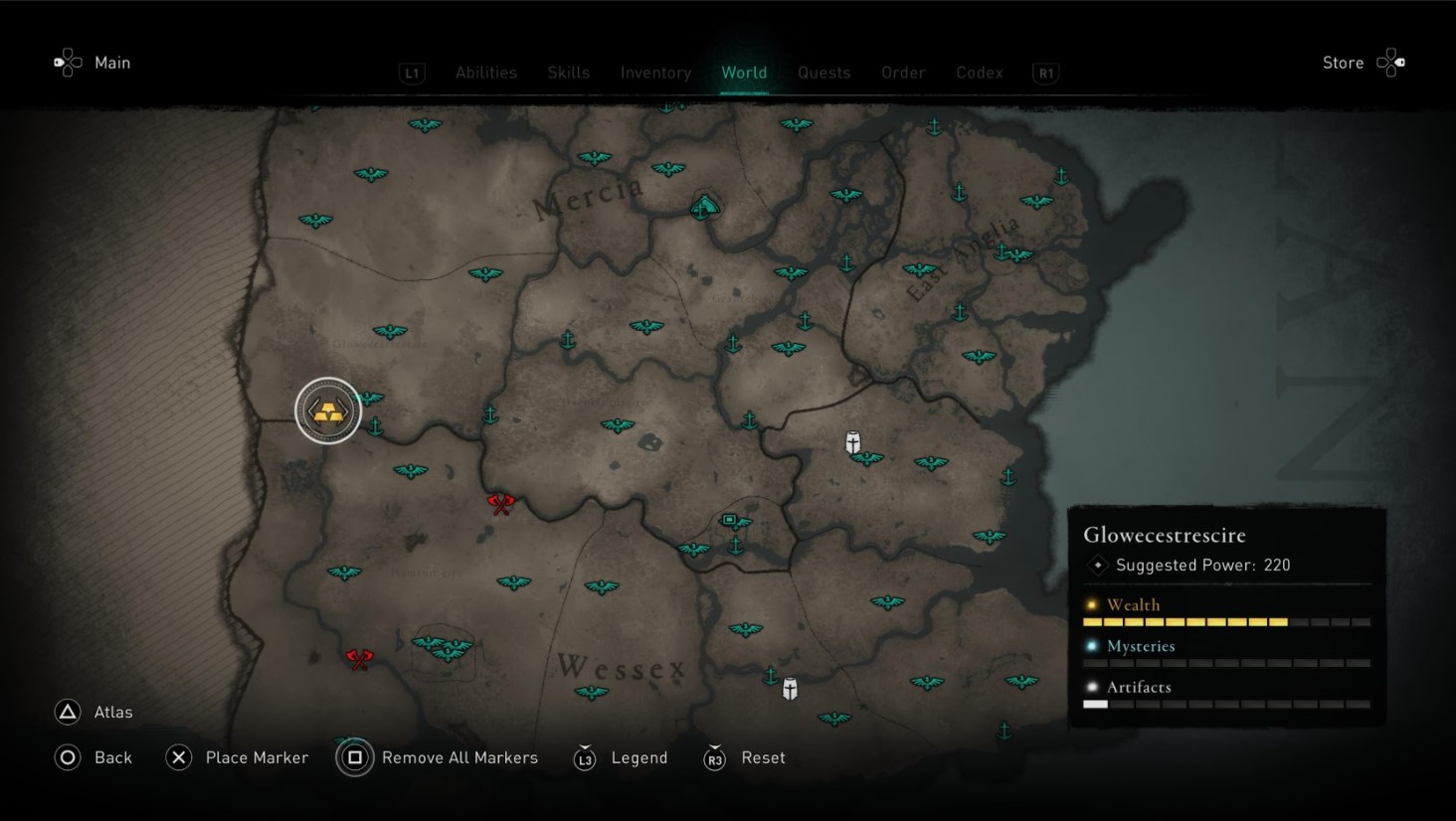 Most often, these markers will lead you to chests that might require a puzzle or fight to access.

If you find the doors barred or walls impenetrable, look around for latches that can be broken with an arrow, rubble that can be shifted with explosives, or a hidden key that can be revealed with your Odin Vision. Sometimes ingots aren’t in chests though, and instead you’ll find them on elite enemies.

In this case you have no other option but you kill that enemy and loot their body to retrieve the ingot. 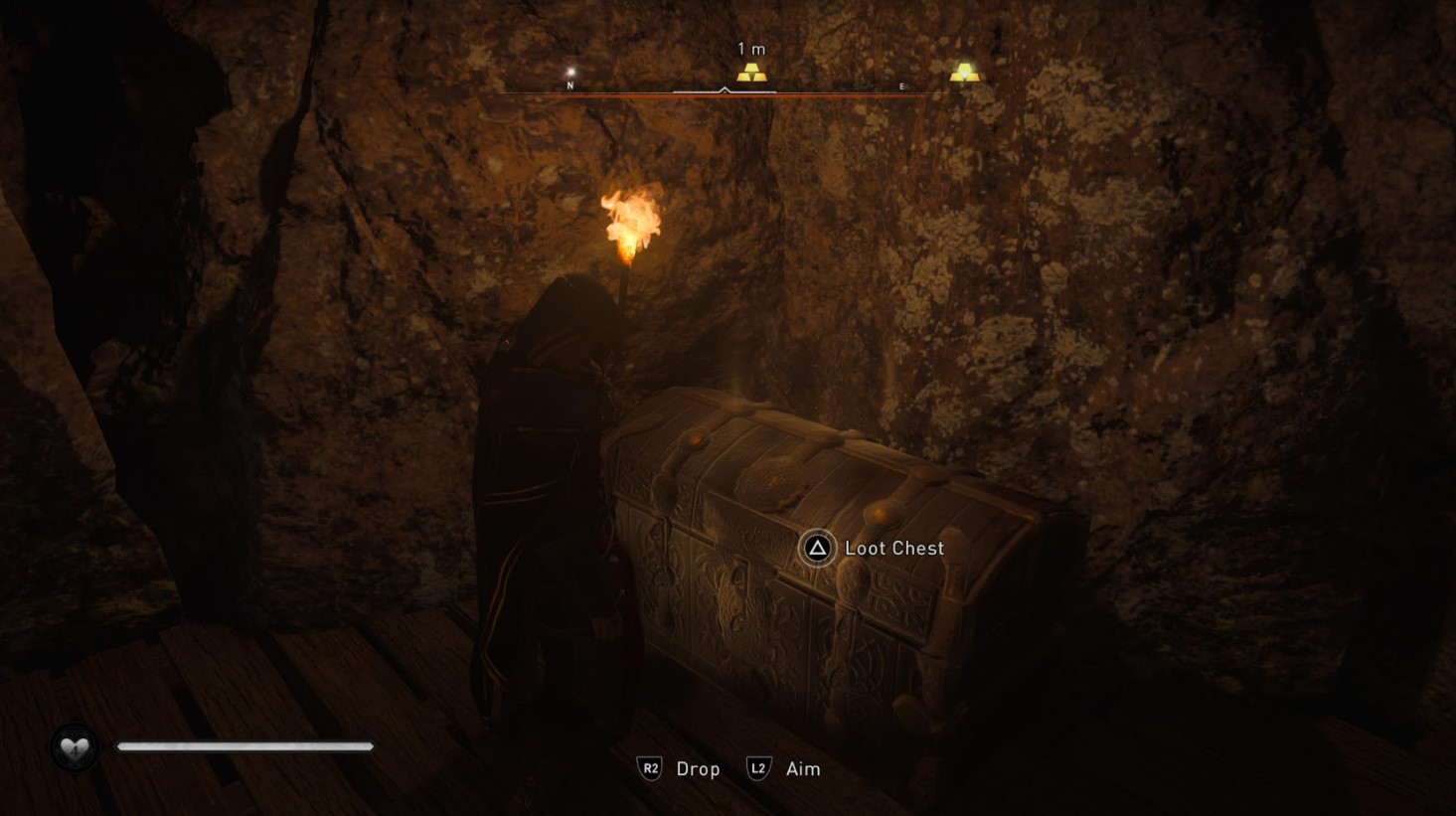 Different levels of ingot are found in different areas of the game’s huge map, with more powerful ones appearing as you progress further through the main story.

While the region you’re in will give you an indication of what type of ingot you’re likely to find, Carbon ingots can be found in the early sections of the game.

This includes the areas of Norway you’ll explore during the prologue, along with Ledecesterscire and Grantebridgescire. You can also buy them from the shop at your settlement, as well as in towns throughout England, if you can’t be bothered to hunt them out while you’re upgrading.

Nickel ingots can sometimes be found in the lower level areas like East Anglia, but become more common as you reach the more dangerous regions, like Oxenefordscire and Sciropescire. Once you’ve found your first Nickel ingot, you’ll also be able to purchase them from traders for 250 silver coins.

Finally, Tungsten is the rarest ingot, and you’ll only find it in the highest level regions. You’ll start coming across these golden bars in places like Glowecestrescire, Eurvicscire, and beyond. You won’t be able to buy Tungsten from traders so make sure you find them all if you want to fully upgrade your equipment.