With Call of Duty campaigns sticking to the design laid out by games made two generations ago, it’s time for something new.

Call of Duty: Black Ops Cold War is the most fun I’ve had with a CoD campaign in quite a few years. Aside from a bit of stealth, it’s more or less non-stop action for five or six hours. I’m not sure anyone could say anything in the Cold War campaign surprised them, but considering it followed the expected Call of Duty formula I came away more impressed than I thought I would. But, we’re into a new generation now, and it’s time for things to change.

As much as I enjoyed the Cold War campaign, it felt rather scattered. Missions take place all over the place and are linked by cutscenes and a hub of sorts. The result is a game that feels a bit like something put together (with a lot of skill, I should add) using a “build your own Call of Duty kit.” While Cold War does a few things differently in its structure, you’re still essentially playing a string of standalone missions with characters I do not care about. Activision puts out a new Call of Duty every year, without fail, so perhaps there’s just not time to be more ambitious, but what if there was?

The key Call of Duty studios are Infinity Ward, Treyarch, and Sledgehammer Games. Plus there are plenty of studios that offer support to ensure the Call of Duty juggernaut keeps on moving. In theory, each game would then have a three-year development, but that’s not including working on post-release DLC, which is always a big part of the package. Dev time is clearly in short supply, especially this year when Raven and Treyarch skipped the queue (Sledgehammer’s game was next in line after Modern Warfare), but wouldn’t it be great if Activision’s most cherished possession started leading again?

Back in the original Modern Warfare days, Call of Duty genuinely felt incredible. I remember thinking that both games were up there as Game of the Year candidates, based purely on the campaigns. They delivered a spectacle more or less unmatched on Xbox 360 and PS3. But now does anyone really think the latest Call of Duty is a worthy contender in awards season? Some heavily scripted, albeit thrilling and explosive, gunplay, feels distinctly old-school in comparison to the best the industry has to offer. Heck, even Gears 5 feels a few steps ahead with its game design. 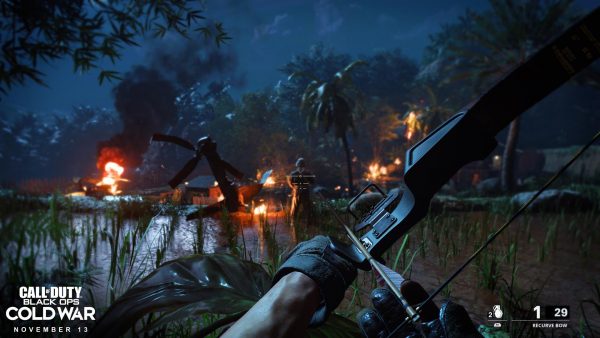 I’d love Activision to invest in a proper Game of the Year Call of Duty – the closest in recent memory being 2016’s very good, but not full-on brilliant Infinite Warfare. I’m sure I’ll get smacked down in comments for this, but Zombies has huge potential here – it was only earlier this month that non-zombie zombie game The Last of Us 2 won Game of the Year at The Game Awards. CoD could definitely do something around this, or go the more serious route, perhaps set in a large open environment and doing away with the stop-start nature of traditional Call of Duty campaigns.

Populist media and products, by nature, often play a little safe. Why veer away from what has done so well for so many years and reached millions of players? One of the key elements of Call of Duty’s multiplayer offerings is the prestige system. It’s something players strive for from the moment they jump into their first online match. I just want Activision to have the same aspirations with a future Call of Duty campaign. A campaign that would be played by millions and potentially bring the franchise back to the table for end of year discussions.

If you are more interested in multiplayer and really don’t care about the CoD campaigns, you might want to check out our Black Ops Cold War prestige guide and our look at the best guns in Cold War.