Non-profit organization Limbitless Solutions has teamed up with Cyberpunk 2077 developer CD Projekt Red and Xbox to create a real version of the bionic arm that belongs to Keanu Reeves’ Johnny Silverhand.

Initially shared over on the Xbox Wire, it’s revealed that these Johnny Silverhand-inspired prosthetic arms will be donated to adults taking part in clinical trials in the coming year.

In a behind-the-scenes video, we’re shown how Limbitless Solutions created the prosthetics and given a brief overview of their functionality.

The arms – which are designed to be more affordable and accessible limbs for patients that need them – are capable of gripping items and performing gestures.

“We bring a lot of human expression to our prosthetics, and that helps people navigate their life a little better,” Remy Marasa of Limbitless Solutions explains in the video.

In the past, we’ve seen companies collaborate with game developers to create other biotic limbs – the most notable being Konami’s Metal Gear Solid V arm.

“It’s an awesome feeling to know that you can play a video game, be inspired by the character, love every part of it, and also get to, kind of, be that character when you wear one of these arms,” Marasa notes of the Cyberpunk 2077 arm. 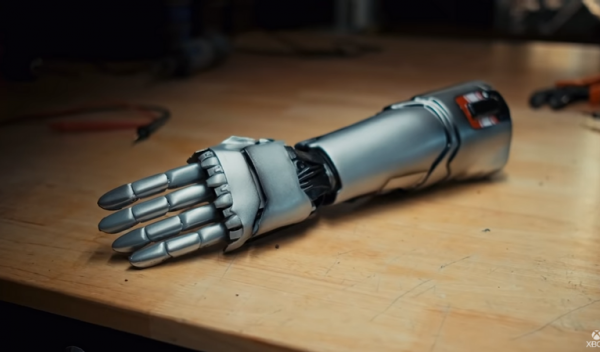 As controversy continues to circulate around CD Projekt Red’s game – and conversations revolving around the mandatory crunch with six-day working weeks, countless bugs, images that can trigger seizures progress – it’s nice to see some positives come out of the game’s launch.

Players just beginning their journey in Night City, here’s a guide to which life path you should choose for V in Cyberpunk 2077.

If you’d rather give your money to other Cyberpunk projects from marginalized creators, an alternative Cyberpunk indie bundle is on sale at itch.io right now.