The Iron Banner is back in Destiny 2 and Lord Saladin has a brand new quest for you.

Lord Saladin is back in the Tower and he has an Iron Banner quest called Slaying Dragons for you to complete. There are six steps to this quest, each revolving around completing Iron Banner matches, capturing zones, defeating Guardians and using specific weapon types.

Iron Banner is easier to take part in than Crucible matches in my opinion, so even if PvP isn’t your forte, you should be able to complete this quest easily before December 15 when it disappears for another three weeks.

Speaking of the Crucible, it now runs at 120hz on PS5 and Xbox Series X and you can see what I thought of the next-gen upgrade here. The Dawning winter events begins on December 15 and will run until January 5, and you can check out all the cool loot here.

The number of Guardian kills and zones captures you get are cumulative, meaning whatever you’ve managed to achieve so far will carry on to the next step. If you captured 15 zones instead of 10 zones, when you reach the second step, the extra five zones you managed to capture won’t be lost to the ether.

You’ll receive Iron Will armour as you go, plus extra rewards at the end. 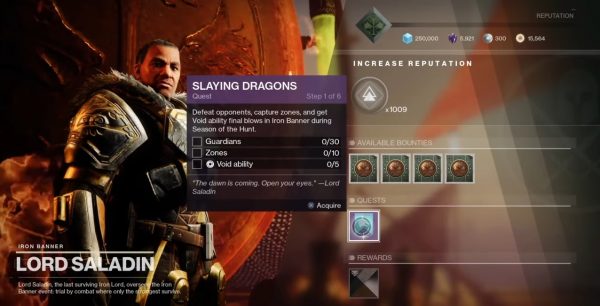 The first step in the Slaying Dragons guide is pretty standard you could pull it off in one or two matches if you’re smart about it. Here’s what you need to do:

Next step involves Energy Weapons, so go ahead and raid your vault to find one then jump in to complete these steps:

For step three, you’ll need to look out your favourite Scout Rifle and complete the following:

Step four requires you to get kills using a Hand Cannon, so grab one before jumping in. You’ll need to:

You’re almost finished and for step five, things take a bit of a twist: it’s off to the Crucible with you. To complete this step, you must:

After that, speak to Saladin to get your rewards: the Marble Effigy shader and the 1530 Centigrade Emblem. You can also pick up Iron Banner bounties that will net you some cool Pinnacle gear. 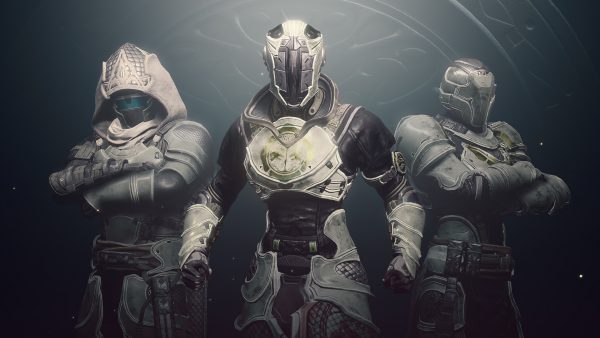 Cross-Play is coming to Destiny 2 in 2021 and you can read more about it here. You can also check out all the PS5 and Xbox Series X optimisations in our guide here.