There’s a new Exotic to chase in Destiny 2, but you’ll need to collect a bunch of feathers to get your hands on it.

Alongside the new PS5 and Xbox Series X optimisation update, the Prophecy Dungeon returned to Destiny 2 alongside Iron Banner and the unexpected Hawkmoon Exotic Hand Cannon.

Destiny veterans will recognise it from the old days and it’s specifically tied to Season of the Hunt, so you’ll need to have a chat with old Spider to get started.

Hawkmoon has the Intrinsic Perk Paracausal Shot, where final blows and precision hits with it grant stacks of Paracausal Charge. The final round in the mag deals bonus damage based on the number of stacks you accrue but be warned – stowing Hawkmoon will remove this bonus. It’s Transformative, so will roll with different perks from the likes of Xur, so we’ll be keeping an eye on it. 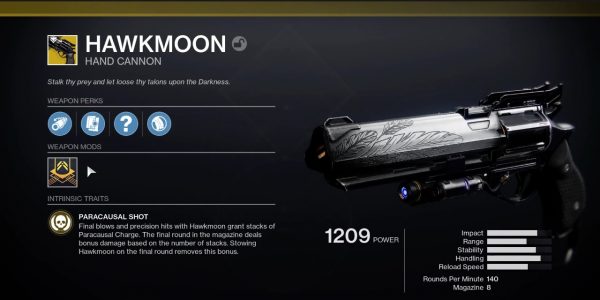 Destiny 2: Beyond Light – How to complete As the Crow Flies and get the Hawkmoon Exotic Hand Cannon

Once you’ve spoken with Spider in the Tangled Shore, he’ll give you the quest As the Crow Flies which tasks you with searching outside of his lair. It’s a deliberately obtuse quest step as you aren’t told what it is you’re looking for exactly, but be on the lookout for a Paracausal Feather which is gold in colour. 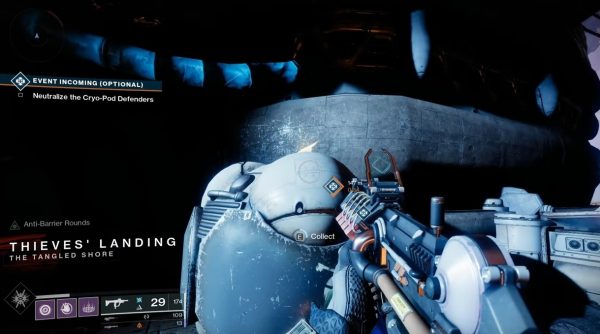 Head towards the exit of his lair and turn left and keep going until you reach the Sparrow buffer and you’ll see the first Paracausal Feather on a box to your left just as you’re about to leave. 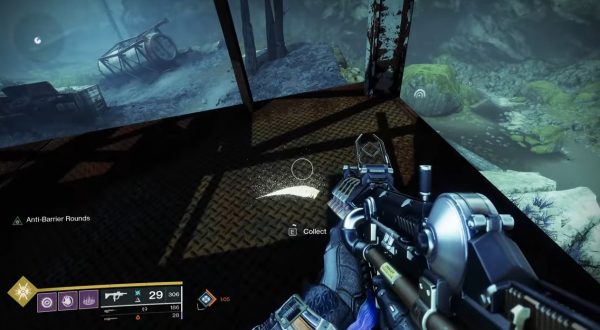 Next, you’ll need to find second Paracausal Feather, so head to the EDZ and land at The Sludge. Head West from the drop point and instead of following the road, head into the ruins of the building. Climb up onto the structures and keep moving forward until you’re overlooking the road and can see the rock with a Lost Sector symbol on it from a platform, where you’ll also find the second Paracausal Feather. 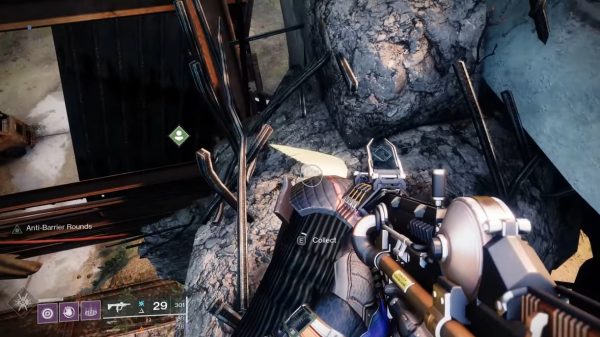 The third Paracausal Feather can be found in the Cosmodrome. Land at The Stepps drop point and turn to your right to face the concrete pillar. Climb it to get your hands on the feather. 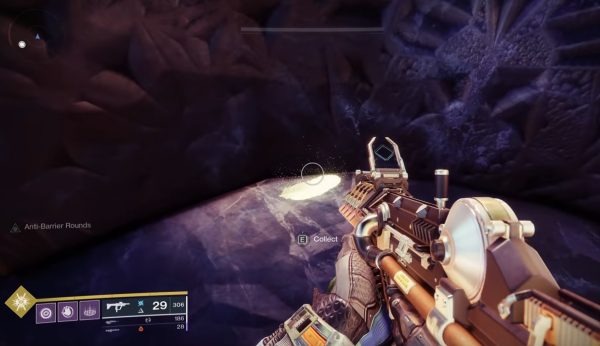 The final feather can be found on the Moon. Head to Archer’s Line then look for this doorway on the route to Hellmouth. Keep going until you can head left and follow the path towards the Shrine of Oryx, through the Hall of Wisdom. Once you reach the Shrine, head straight through to the end of the area to find the fifth Paracausal Feather next to some stairs.

After this, you’ll need to head back to speak with Crow in Spider’s Lair, who’ll give you the next step: Let Loose Thy Talons. 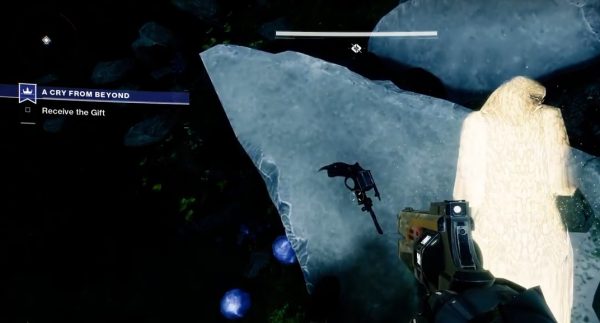 Destiny 2: How to complete Let Loose Thy Talons

The first step in this quest is to complete the Cry from Beyond mission in the EDZ, so it’s back to the Sludge to find it. Follow the gold hawk through the Hallowed Grove to reach an effigy of Hawkmoon, then go ahead and pick it up. Head back to have a word with Crow and accept the next quest, where you’ll need to collect 50 Orbs of Power. Use Masterwork weapons to burn through this step quickly.

Head back to see Crow again and he’ll tell you to investigate some coordinates, taking you back to the EDZ. It’s off to the Trostlands this time, so follow the marker and commune with the Traveler via the gold hawk to continue. You’ll need to collect more Paracausal Feathers but you’ll be following a path this time so it’s pretty straightforward and the feathers will be marked. Defeat the boss at the end to get the final feather.

Here comes the toughest section of the whole mission: you’ll need to defeat Champions or Guardians in Crucible or Gambit matches. You need to fill the bar to 100% and can kill Champions via Lost Sectors, Nightmare Hunts or Empire Hunts, but it’s going to be a bit of a grind if you aren’t a fan of PVP or high-level activities.

Once you’re done, you’ll get The Crow and the Hawk mission, which you can find in the EDZ. You’ll need to follow the marker and defeat a bunch of Taken enemies as you go before following the gold hawk. It’s a bit of a winding path and jumping over platforms, but you’ll get there if you stick to following the marker. 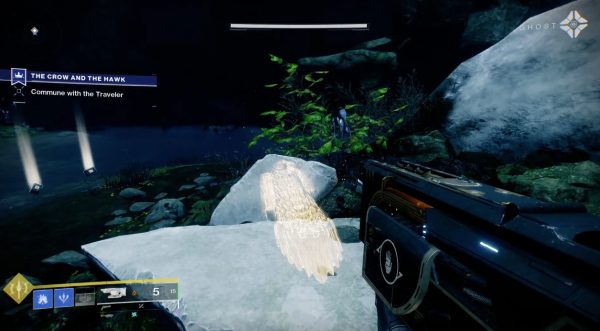 Eventually, you’ll reach the boss room and you’ll need to take down the Taken Barrier. Keep picking up relics and throwing them at enemies to get through this area a bit faster and watch out for Hobgoblins.

Once the barrier is down, approach the Shard of the Traveler, by which I mean stand in the area for a few seconds. Eventually, Hawkmoon will drop and it’s yours forever, and you can commune with the Traveler via the gold hawk.

But it’s not over, oh no – you need to face the forces of Savathun, now! The fight begins immediately and there’s no respawn, so don’t do what I did and spend ages looking at your inventory before getting whacked. You need to defeat Ishrasek, Lightbinder of Savathun and afterwards, you’ll get the Talon of Light Triumph.

And that’s it! Enjoy your new weapon. There doesn’t seem to be a Catalyst available yet, so check back soon for more details.

Cross-Play is coming to Destiny 2 in 2021 and you can read more about it here. You can also check out all the PS5 and Xbox Series X optimisations in our guide here.