If you’ve ever wanted to try out the premium version of Google’s digital streaming service, they’re now offering it for free – provided you’re willing to fork over the $59.99 price for a copy of Cyberpunk via the Stadia platform.

This is the latest in Google’s attempts to push Stadia, following on from a promotional deal earlier in the month that gave YouTube Premium subscribers a free copy of the $100 cloud gaming bundle. In the UK, just signing up for Stadia will knock almost £30 off the price for the premiere package. Is there a whiff of desperation here? Maybe. But for the low price of nothing, this isn’t a terrible deal. 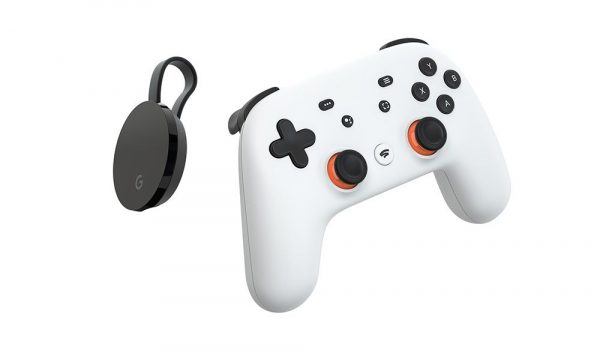 As well as the regular streaming service, the Premiere edition includes a purpose-designed controller and a Chromecast Ultra to hook the whole rig into your TV. A Stadia Pro subscription is not required for the Cyberpunk bundle, but you do have to live in the US.

Plenty of jokes have been made at Google’s expense about Stadia being a ‘failure’ – the grating ad campaign certainly didn’t help sweeten the mood – but reviews were mixed rather than abject trashings, and have gone on to improve as the platform’s first year rolled on. There was much talk of ‘potential’ and ‘room for improvement’.

So, if you have a superb internet connection and an open mind, this might be a good moment to give Stadia another chance. Cyberpunk 2077 is (touch wood) set to launch on the 10th December, and the Stadia deal runs until the 18th, though offers are subject to ‘stock availability’. Considering that the YouTube Premium offer sold out a week before the final deadline, it might be worth pre-ordering early.