A few hundred yards inland from Half Moon Bay on the bejeweled California coast, there lies a little place called Sweet Farm, a not-for-profit animal sanctuary working to promote humane and sustainable agriculture around the globe. The farm houses 125 rescued animals, including, but not limited to: cows, goats, cats, llamas, and a very cute pig called Kevin. Wouldn’t it be great if you could help Kevin out somehow? By playing some excellent video games, perhaps? 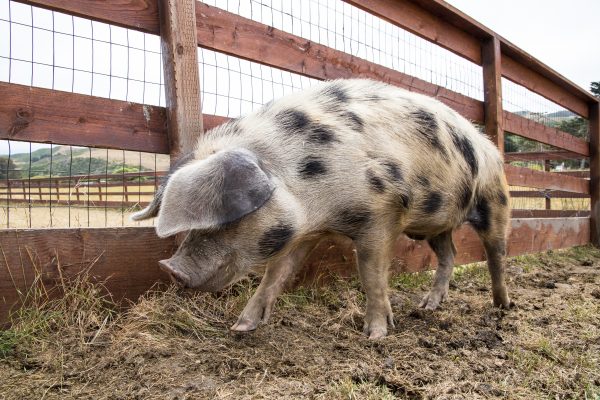 The team at Humble would agree. They’ve joined forces with Sweet Farm to launch their latest deal, aptly called the Humble Sweet Farm Fall Bundle. The offer includes up to nine games, depending on how much you pay.

A minimum donation of $1 will net you sci-fi rougelike Out There and nostalgia fest Toejam and Earl: Back in the Groove, while $7.64 will unlock three more: time-bending shooter Superhot, shop keeping RPG Moonlighter, and Chuchel: Cherry Edition, a whimsical point and click adventure from the team behind Machinarium.

Bump your donation up to $12 to access the final four games, including A Hat in Time, the lovably silly puzzle platformer that’s frankly worth the maximum price all by itself. Also included at the top level are Neconator, Sigma Theory, and Coffee talk.

In short, there’s pretty much something for everyone in this bundle. Proceeds go towards Kevin and his pals, and the multitude of indie gems go straight to you – or rather, straight to your inbox, in Steam Key format. For more great offers, follow Jelly Deals on Twitter, or check out our Black Friday pages for PS4, Xbox and Nintendo Switch. Also, do yourself a favour and have a look at the Sweet Farm website. They’ve got some very cute cows.