In Amazon’s round of early Black Friday deals, you can find some excellent prices on external hard drives that are compatible with PS4 and Xbox One.

With the PS5 and Xbox Series X/S now with us, those lucky enough to snag a brand new console have been looking for the best way to bring their games from the last generation with them. Well, one of these cheap external hard drives for PS4 or Xbox will do just the trick.

A trio of excellent Seagate drives is included in the offer, with prices ranging from $55 for a 2TB drive to $100 for the 5TB model. Just pick one, transfer your games to it, plug it into your new console and away you go! 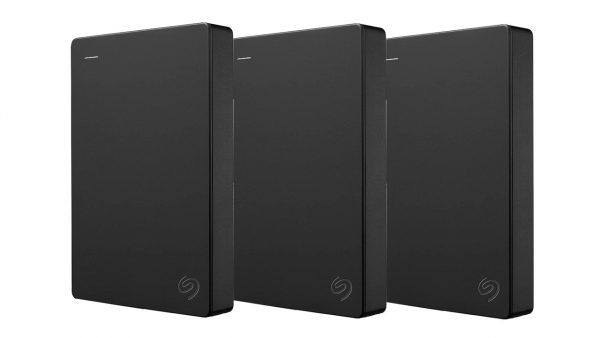 For most, the 2TB version is probably enough to bring over your existing game library from PS4 or Xbox One to the respective next-gen console. If you’re looking for the cheapest option, this is the way to do it.

However, for those who have a more considerable stack of last-gen games or are expecting to expand it before purchasing a PS5 or Xbox Series X/S, then you might want to pay a little extra for the 4TB version. As it is, it’s great value for money thanks to the fantastic discount.

Some important points to remember if you are considering this. The first is that these external hard drives can only be used to store and play your PS4 or Xbox One games on the new console. You will be able to store Series X/S games but they will need to be transferred back to internal storage before they can be played. Meanwhile, right now on PS5, external storage cannot be used for PS5 games.

The next is about what happens to your game saves. Currently, there’s no way to use your PS4 saves on a PS5 version of the same game. So, if you’re planning to bring your progress of Spider-Man: Miles Morales with you from the PS4 to the PS5, your saved game will not be compatible – at least until a future update. However, you can transfer PS4 saved data to PS5 and continue playing that generation’s version of the game.

Even with those caveats in mind, if you need a way to transfer games from your old console to the new one – or just give your current PS4 or Xbox One a bit of a storage boost – these external hard drive deals are not to be missed.

And remember, we’ll be keeping up with even more PS4 Black Friday deals and Xbox Black Friday bargains over the next couple of weeks. It’s not long until the year’s biggest savings event will be in full swing! Keep an eye on the Jelly Deals Twitter, too, for regular deal updates throughout the day.