It’s hard not to be distracted by the sights in this glorious remake of FromSoftware’s original masterpiece.

If there’s a showcase game for the next-gen consoles at the moment, it’s undoubtedly Demon’s Souls on PS5. This was expected given that it looked superb in pre-release footage and it’s one of the very few games that is only available on PS5. Having now played it I can confirm that it is indeed exceedingly pretty. It’s so impressive, in fact, that I am frequently stopping in my tracks to take in the view. In a game like this, that is of course a recipe for disaster. Death comes easy in Demon’s Souls, but it doesn’t half come even easier when you’re distracted by a lovely bit of woodwork.

Okay, so I’m also dying a lot because the game is hard and I haven’t played a soulslike in a long time, but as I’m in ‘new consoles are super exciting’ mode at the moment and want to see just what they offer, I’m doing a lot of gazing. Whether it’s wandering close to a wall to check out the texture on the brickwork or positioning the camera to get a nice photo, I’m not as alert to danger as I should be. 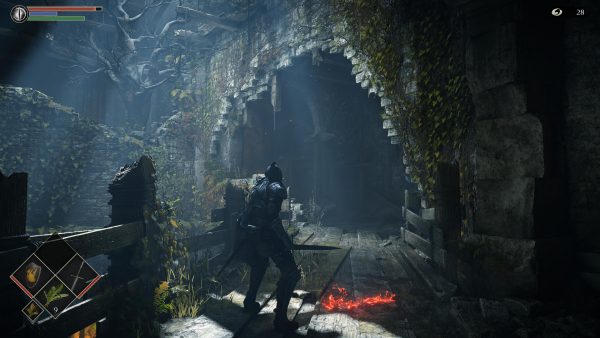 It is so pretty!

As you can see from the photos I took, I’m not exactly skilled in that area, but that’s beside the point. I’ve been dazzled a bit by the ray tracing on show in Spider-Man’s PS5 outings and in Devil May Cry 5’s next-gen revamp, but Demon’s Souls is technically superb and artistically on another level to those titles (although some people think the remake has lost the original’s atmosphere). I’m not even that far into the game yet (see the title of this article for the reason), but there’s always something to gawp at. I even stared at the character screen for a while to inspect the armor.

This beauty makes Demon’s Souls, in my opinion, a rather cruel launch title for the PS5. Yes, it’s brilliant, but those visuals will entice early adopters to hand over the cash to see the wonders that await, and they might be waiting to see what awaits for quite some time. 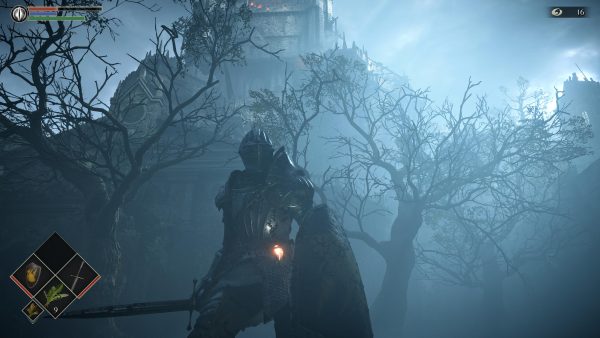 It’s easy to assume that everyone who buys a PS5 now has completed the original game multiple times and could write their own guide books on the ins and outs of every Souls game, but I’d wager that most are more or less complete novices with the game and genre. Demon’s Souls as a PS5 launch title is a bit like being offered a fancy slap-up meal but being told you must eat it using cutlery held by your feet. Sure, some people can do it, but it’s a lot of hassle.

I’m not going to claim that the game should have an easy mode (although, really, what damage would it have done?), but I’d have just preferred Sony’s big, impressive PS5 showcase to more easily let me be impressed. As such, while Bluepoint’s overhaul is absolutely one of the best launch titles to ever hit a console, for me it’s not the game I wanted at launch. Now, back to looking at that archway.

For more on Sony’s new console, check out our PS5 review, our Spider-Man: Miles Morales review, and our Sackboy: A Big Adventure review. What a great launch line-up that is.