The Maneater is the second boss of the Tower of Latria and one of the toughest bosses in all of Demon’s Souls.

A second Maneater will enter the boss fight when the first Maneater’s health is 20% or 100 seconds have passed. This makes the fight incredibly difficult, so you need to try to kill the first Maneater as fast as possible. The small walkway you fight on makes it even harder, because you can easily get hit off the edge and die to gravity.

Demon’s Souls – How to beat Maneater

The Maneater can use six different attacks:

If you have the spell Warding, you can use it to make the fight much easier. Warding reduces all physical damage received by 70% for 40 seconds. If you use it, be sure to recast it every 40 seconds. You can learn Warding from Sage Freke after defeating Penetrator in World 1-3. 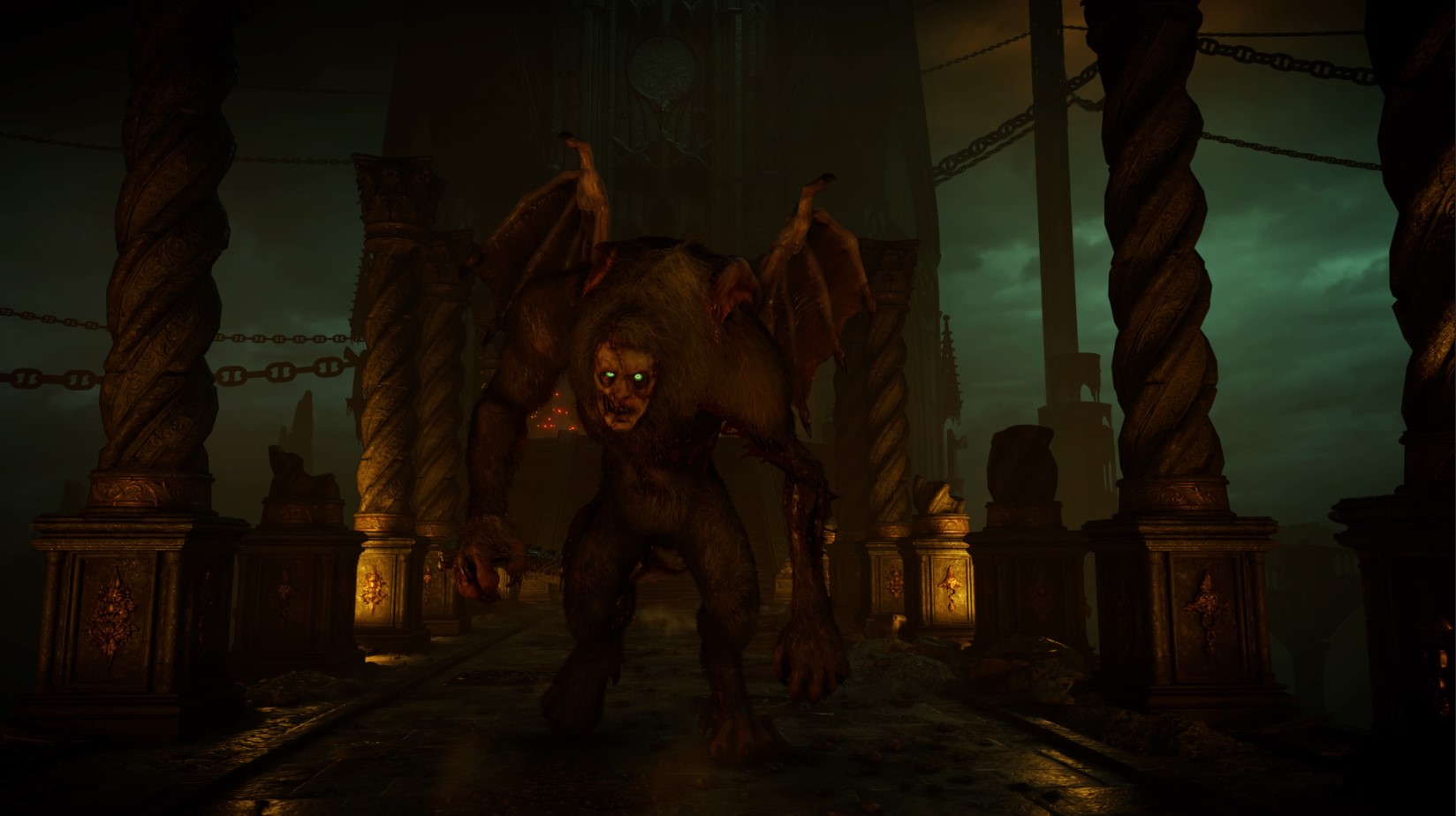 When you first enter the boss fog, the best thing to do is run past the Maneater straight to the large brazier in the middle.Stay by the brazier during the fight and use it as cover from their melee and ranged attacks.

This is also beneficial because if you get hit by the pounce or sonic wave when you’re standing in the middle, the platform has enough room that you won’t fall off the ledge. Be sure to never stand directly in front of them, as they can start their pounce at any moment. Try and cut off their tail, as it will stop two of their attacks and stun them for a brief period. When the second Maneater appears, try to focus your attacks on the first Maneater so you only have to deal with one at a time.

Like Flamelurker, there were two ways to cheese the Maneaters in the original version of Demon’s Souls.

The first method was the classic fog gate exploit, but this has since been patched out of the PS5 version of the game. You could do this by equipping any bow besides the Lava Bow and hugging the left side of the fog gate. This would allow the arrows to pass straight through the gate. Then you could simply aim at the Maneater and fire away. When the Maneater is finally dead, you can walk into the fog gate and only have to fight one Maneater!

You could even speed up this method by using Hyper mode – which you can still use even when not trying an exploit. Hyper mode can be achieved by equipping the Clever Rat’s Ring and/or Morion Blade when you are below 30% HP to increase your attack power by up to 140%.

You can find the Clever Rat’s Ring outside the boss fog in World 3-1 in the middle of the ballista hallway. You can create the Morion Blade at Blacksmith Ed after defeating the Storm King in World 4-3. Equip the ring, offhand the sword, and take enough damage to get to 30% health. A nice place to do this is by dropping off the beginning of the massive spiral staircase to the boss.

You can equip the Magic Sword “Makoto” if you have it for an easy way to drain your health. You’ll know you’re at 30% when you see a rat icon below your stamina bar.

However, the other method that kills both Maneaters with zero effort is still in the game. This is achieved with Poison Cloud and Thief’s Ring. However, the trade off is that this method can also be extremely time consuming.

You can learn Poison Cloud from Sage Freke with the Leechmonger’s Soul. You can obtain the Thief’s Ring three different ways. First, you can find it in World 1-1 where Ostrava was trapped. You can also find it in World 5-2 on an island where Selen Vinland is found. Lastly, you can get it by killing Patches.

With these items equipped, enter the boss fog. Run past the first Maneater, but do not go up the stairs. There’s a small ledge on the right side of the stairs with an item on a corpse. Wait by the corpse until the Maneater stands facing the fog door. Carefully approach him from behind and cast Poison Cloud.

You should see him get poisoned and his health slowly drain. As soon as you stop hearing the poison sound effect and see his health stop draining, recast Poison Cloud. When the second Maneater enters the fight, run back to the corpse. Wait for a moment until you can’t hear the second Maneater. This means it’s safe to continue casting on the first Maneater.

When the first Maneater is finally dead, make your way to the second Maneater, which will be conveniently waiting by the other fog gate. Sneak up behind him and repeat until victory is achieved!

If you have Firestorm, you can use the Thief Ring method and cast it instead of Poison Cloud. It should kill them both in one cast.

After both Maneaters are defeated, you will receive the Mixed Demon’s Soul. This soul can be used to create the Needle of Eternal Agony.