The Fool’s Idol is one of the trickier bosses in Demon’s Souls. But before fighting her, you need to make sure to kill the lying prisoner.

When facing the arrow machine lever, turn left and enter the tower. Go up the spiral staircase and all the way down the hallway. At the very end of the hallway, you’ll find the prisoner. Kill him to prevent him from reviving the boss when she’s defeated.

You can now drop down on the right side through a hole in the fencing and run straight into the boss fog. Be careful of the black phantom when you land if you haven’t already taken care of her.

When you enter the boss fog, don’t kill the prisoners in the room. They will always praise the real Fool’s Idol when she clones herself. Run up and start attacking her to start the fight. Get as much damage as you can before she teleports away.

Fool’s Idol has two main mechanics – her clones and her stun circles. There are three different ways to tell the real Fool’s Idol from the clones. 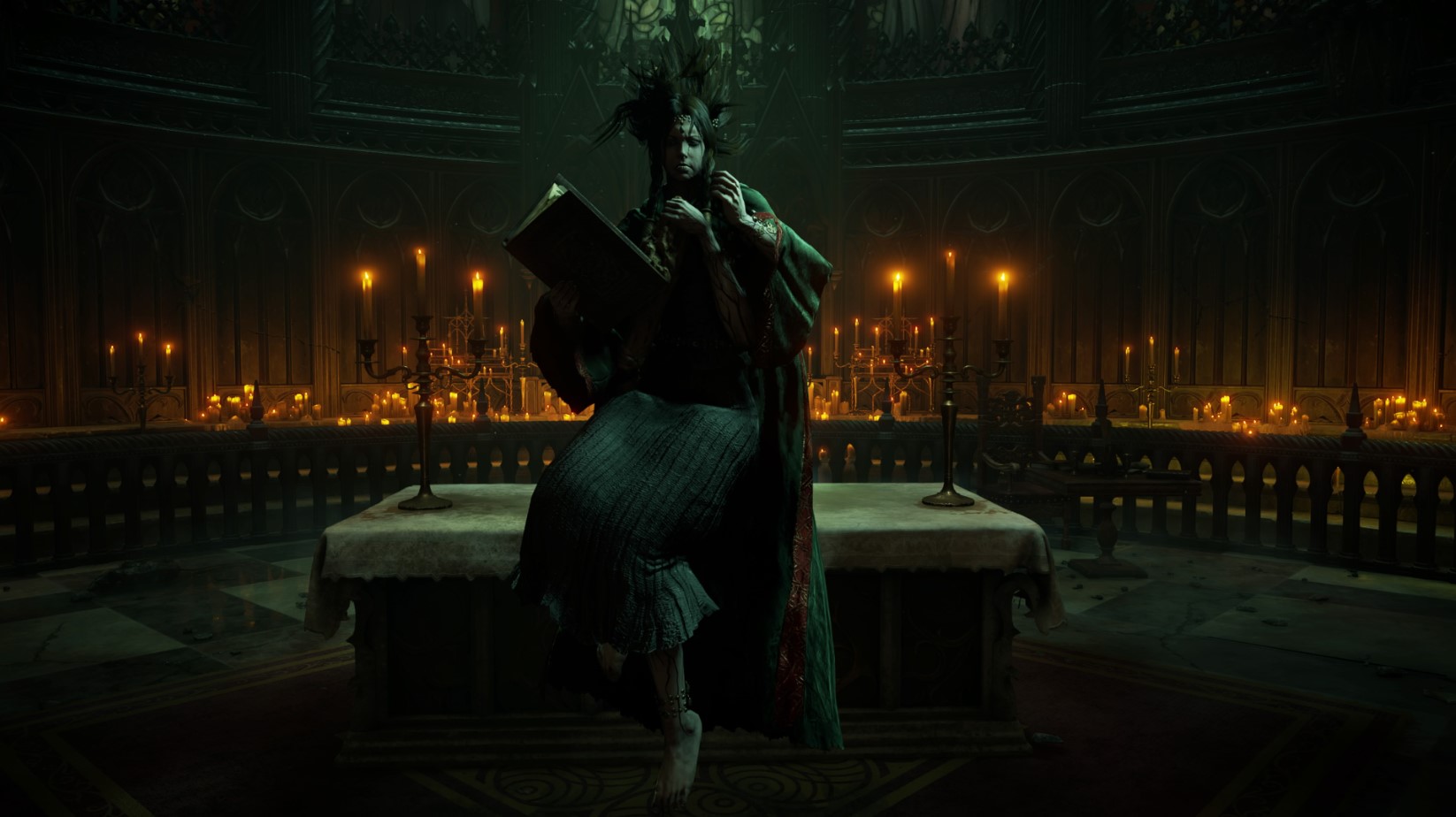 The stun circles location is shown when it gets cast. You need to pay attention and memorize the location of the circles to avoid them. If you run into a stun circle, you will be unable to move for a short duration. During this time, you are vulnerable to the Soul Rays the Fool’s Idol casts, so be careful.

Be sure to use the pillars on the sides of the arena as cover. This way, even if you accidentally walk into a stun circle, you are less likely to get punished on your way to the real Fool’s Idol. When following all these steps, the Fool’s Idol should be defeated with ease.

If you want to avoid the fight altogether, you can attempt to kill the Idol before she even gets a chance to teleport away.

This method uses Hyper mode. Hyper mode can be achieved by equipping the Clever Rat’s Ring and/or Morion Blade when you are below 30% HP to increase your attack power by up to 140%.

You can find the Clever Rat’s Ring outside the boss fog in the middle of the ballista hallway. You can create the Morion Blade at Blacksmith Ed after defeating the Storm King in World 4-3.

Equip the ring, offhand the sword, and take enough damage to get to 30% health. An easy way to do this is to let the prisoners in the boss room punch you. Just stand by them and eventually they will attack. You can equip the Magic Sword “Makoto” if you have it for an easy way to drain your health.

You’ll know you’re at 30% when you see a rat icon below your stamina bar. Run up to the Fool’s Idol and spam your strongest attack. You should be able to melt her health bar and defeat her easily.

If she doesn’t die right away, you can heal up and easily finish her off.

After defeating the Fool’s Idol, you will receive the Doll Demon’s Soul. This can be used to learn Soul Ray, one of the strongest magic spells in the game, from Sage Freke.