The Tower Knight may appear to be daunting because of his size, but don’t let looks fool you – like many of the early foes in Demon’s Souls, he’s quite easy to defeat.

The first thing to do when entering the boss fog is to run past the Tower Knight, up either staircase. 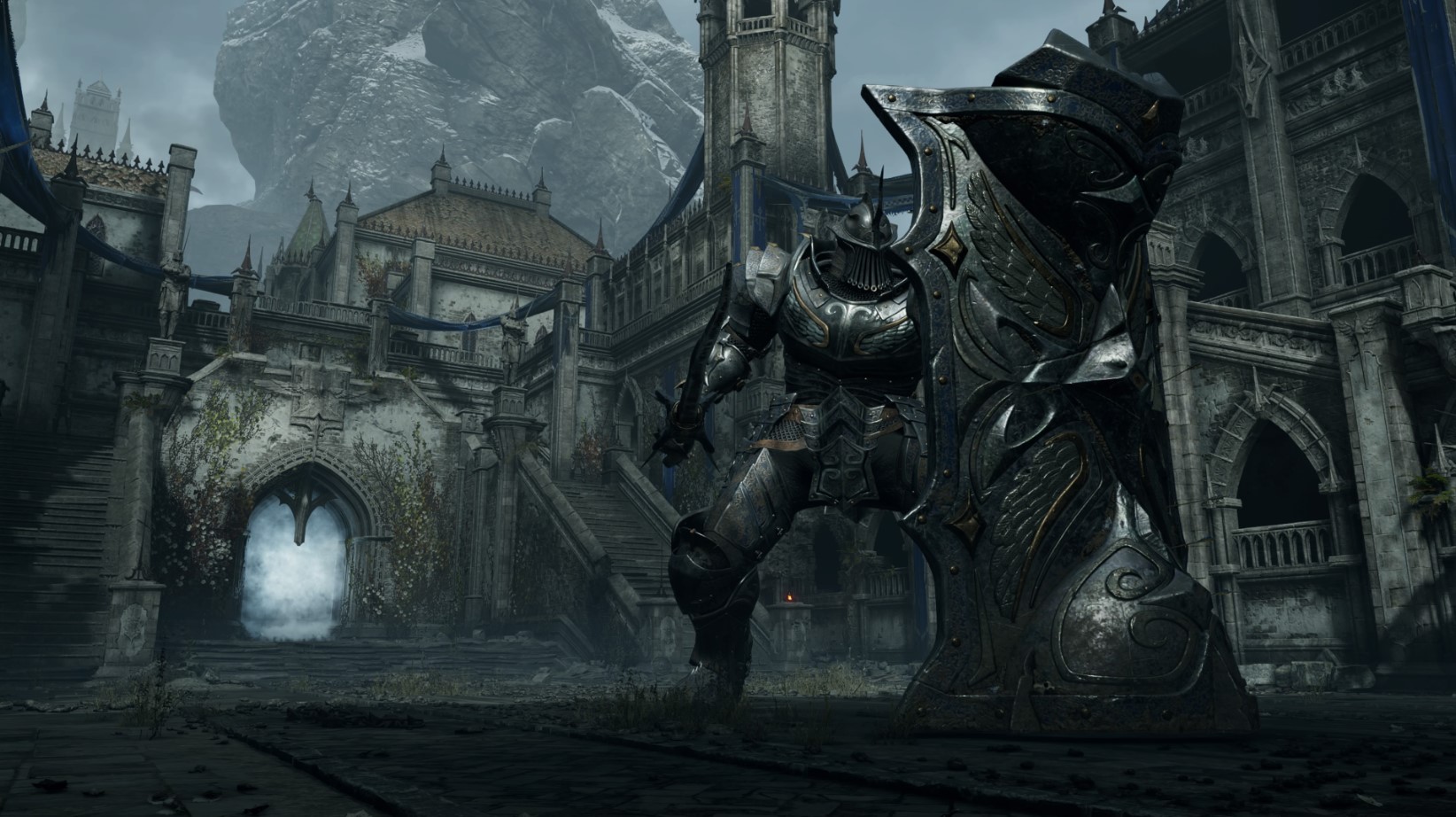 Be sure to use R2 attacks to do more damage to the archers if you aren’t killing them in a single R1 combo. If they survive and fall to the ground you will have to deal with them and Tower Knight simultaneously, which isn’t fun. Once the archers are cleared out, the real fight begins.

If you have Turpentine or Sticky White Stuff in your inventory, be sure to use it on your weapon now. The Crescent Falchion from World 4-1 is also a great option for this encounter. The Tower Knight is weak to fire and even weaker to magic. Run down the staircases and approach him carefully, while being careful to dodge his swings and shield slam.

The key to this fight is to hit both his ankles equally until he falls over on the ground. Once he falls, you can run up towards his head and attack it to deal massive damage.

Positioning on this fight is extremely important. You always want to be directly behind his ankles. This way, you only have to worry about his shield slam, stomps, and
backstep.

His attack patterns are predictable if you learn what to look out for:

However, if you’re using a bow or magic this fight becomes incredibly simple. Peek out from the small stairs where the archers were standing and counter attack the Tower Knight every time he goes to use his ranged attack. By firing your arrow/spell at him and instantly taking cover, you can safely defeat him with ease.

After the Tower Knight is defeated, you will receive the Iron Demon’s Soul, which can be used to learn the spell Warding from Sage Freke. If you haven’t defeated an Archdemon (the last boss of a world) yet, you won’t be able to continue through the fog to enter World 1-3.

If you’re struggling, here are our picks of the best early, mid, and late game weapons in Demon’s Souls.

Or if you’re finding levelling up difficult, here are our best character builds.