Early in your Demon’s Souls adventure, Penetrator can be a hard stop to your progress. However, there’s a definite strategy you can follow to take down this difficult boss – as well as a cheap cheese strategy.

Demon’s Souls – How to beat Penetrator

The easiest way to beat Penetrator is to fight him alongside Biorr. If you rescued him from World 1-2, he will join the fight as soon as you enter the boss fog.

Let Biorr tank hits from Penetrator, but be careful to step in when you need to and not to let him die. While Penetrator is attacking Biorr, hit him in the back until his attention is on you again.

Roll away and dodge his attacks until he’s back to focusing on Biorr, then repeat the process.

The Penetrator does mostly dashes and sweeping attacks. They are all fairly slow and telegraphed, but can be deadly if you mistime your rolls or get greedy.
A lot of the time it will seem like he’s finished his flurry – then another swing comes out. Because of this, try to play it safe and only swing once or twice when you get an opening. 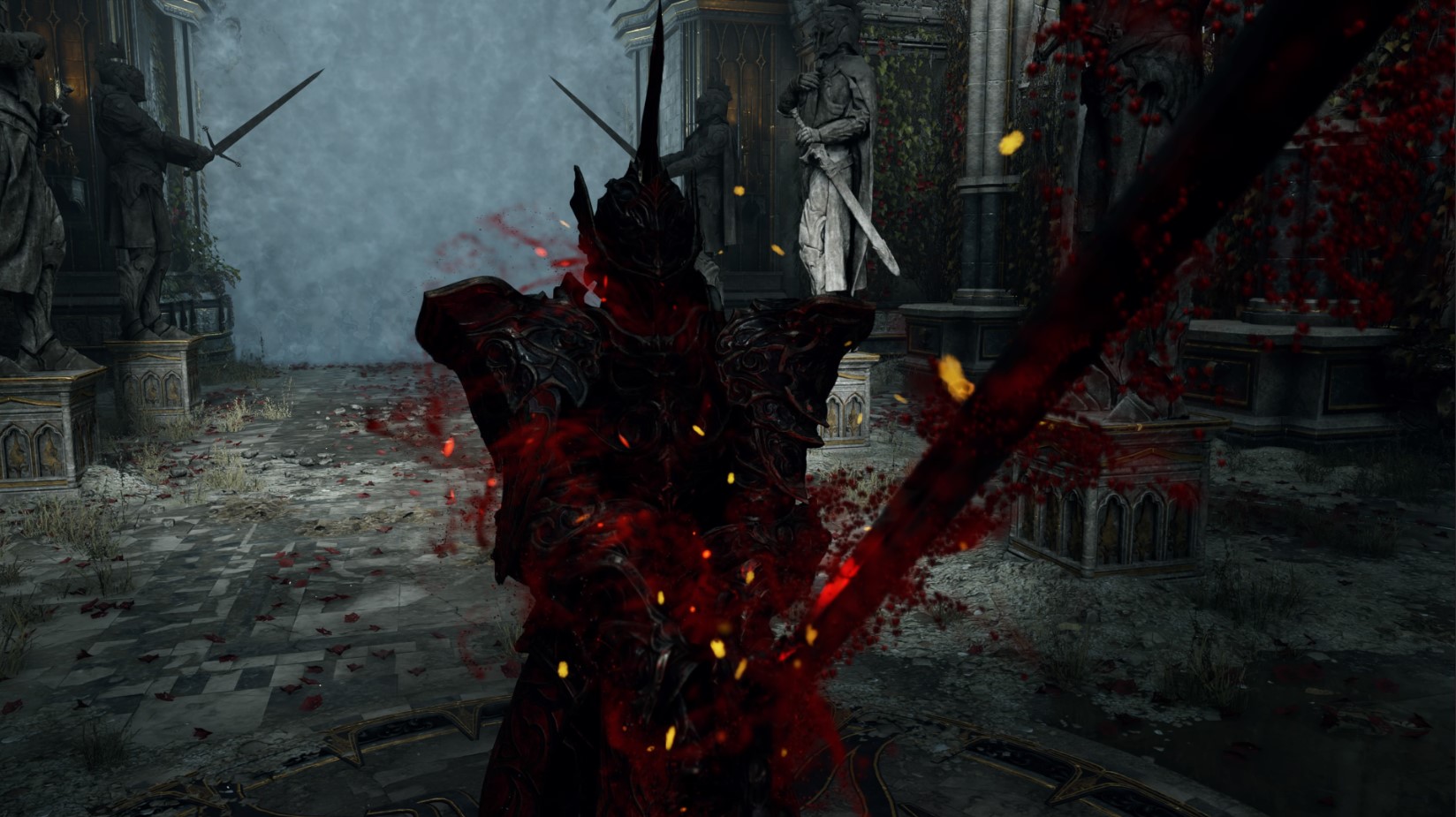 If you ever need to heal during the fight, get a good distance behind one of the statues. He will destroy the statue with ease, but his dash will get him stuck on the statue, giving you just enough time to use some grass.

The most important move to dodge is his penetrate attack, which as his name implies, will impale you and deal massive damage. Thankfully, there is a very obvious tell for this move.

When he’s preparing it, his sword will begin to glow brightly. Get ready when this happens. You can then simply side roll the second he goes for the thrust. Immediately after dodging, be sure to get some damage in before he recovers.

For an added edge, Penetrator is weak to magic and blunt damage. Be sure to use Sticky White Slime to buff your weapon with extra magic damage or use the Crescent Falchion found in World 4-1.

If you have strong magic spells, such as Soul Ray and Homing Soul Arrow, you can easily destroy Penetrator by backpedalling and constantly dodging his dash attack.

The cheese strategy to defeat Penetrator involves using an exploit to add damage to your pushes. You need to use a weapon with a push for their forward + R1 attack.

Use Sticky White Slime to buff your weapon, then start pushing Penetrator over and over. This will stun-lock him infinitely. Be sure to practice it before attempting this strategy.

As long as your weapon has a buff, your pushes will do damage.

You don’t need to spam the pushes to infinitely stun Penetrator, as long as they come out before his recovery, he won’t be able to do anything. Be sure to space them out so you can regenerate your stamina in-between pushes – otherwise you’ll be left open. When your buff runs out, back off and run behind a statue to rebuff. Repeat this until he’s defeated for an easy win.

After the Penetrator is defeated, you will receive the Silver Demon’s Soul. This soul can be used to learn one of the two strongest weapon buffs in the game: Light Weapon from Sage Freke or Cursed Weapon from Yuria.

For more help with Demon’s Souls, here are our best character builds!