Across Assassin’s Creed Valhalla, there are many chances to shape the path of your Viking adventure. And early on an enemy’s fate falls into your hands, when the decision to kill or banish Kjotve’s son, Gorm, falls to Eivor. 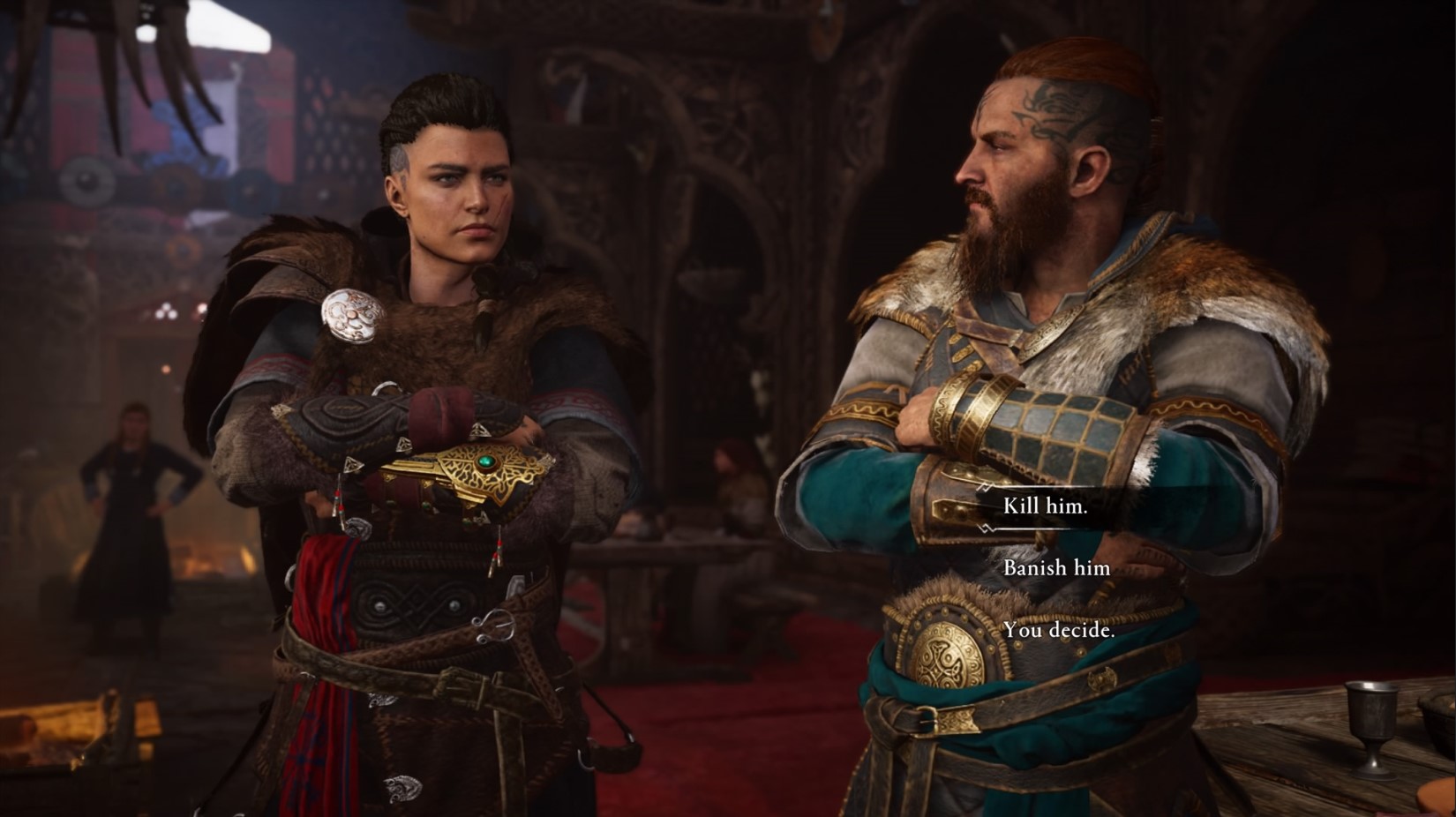 Things are looking up for the Raven Clan, with Sigurd returned from his travels and Kjotve the Cruel defeated in his own fortress.

Most of the time, it’s your actions in gameplay that determine your destiny – but sometimes, words can be just as powerful.

Assassin’s Creed Valhalla – Should you kill, banish, or let Harald decide what to do with Gorm?

In its last few iterations, Assassin’s Creed has leaned more and more into letting players shape the flow of events and giving their choices lasting consequences.

This is not one of those times. If you save and reload to go through all of the options, the results of the conversation are the same.

The game gives you the choice between asking Harald to kill or banish Gorm, or let the King do as he pleases. Whichever dialogue option you choose, King Harald will name Gorm Worm, and sentence him to exile.

There is a choice later on in this chapter of the game which does matter, however.

To avoid spoilers, I’ll just leave a link to it here. Without going into too much detail, it’s about what you’re taking with you once you finally leave for the main map of England.

For more early help with Assassin’s Creed Valhalla, check out our FAQ.

Or we also have a run-down of the full skill tree for building your character, here.

While we also have some picks for the best early-game weapons, here.