Pokemon Go generated $1 billion in revenue during the first 10 months of 2020, according to Sensor Tower estimates.

During the first 10 months of this year, the game has ranked as the third most-played mobile game by global player spending. It only ranks behind PUBG Mobile and Honor of Kings, respectively. 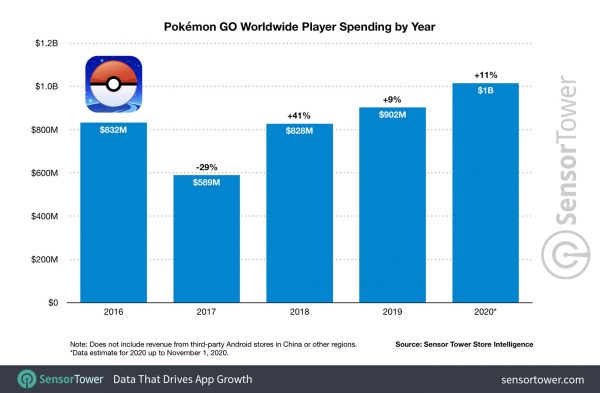 To date, the game has earned almost $4.2 billion in global player spending with the US the best market with spending in upwards of $1.5 billion, or 36.3% of total spending. Japan and Germany rank just below the US, respectively.

To date, the game has been installed 600 million times, with the most installs occurring in the US. Google Play accounts for the most installs, with 466 million and The App Store has seen 132 million downloads.