Xbox Games with Gold for November have been announced for Xbox One and Xbox 360.

November’s Xbox Games with Gold have been announced, and the games are Aragami: Shadow Edition, Swimsanity, Full Spectrum Warrior, and Lego Indiana Jones. 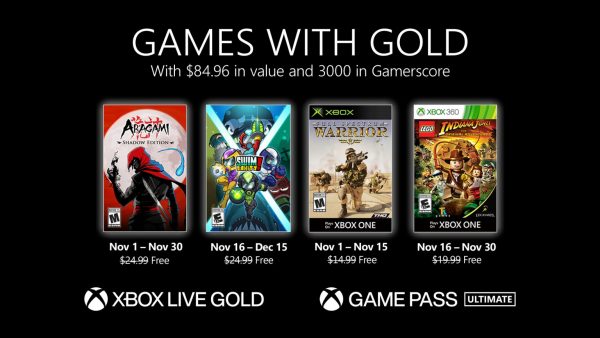 Full Spectrum Warrior can be downloaded on Xbox 360 and Xbox One from November 1 to November 15, when it will be replaced by Lego Indiana Jones on November 16.

In the meantime, you still have November 1 to download and play Costume Quest and Slayaway Camp: Butcher’s Cut.

Maid of Sker is available to play until November 15 on Xbox One.