Sony has finally lifted the lid on what players will experience when they boot up the PlayStation 5 for the first time in a new State of Play video.

According to Sony, the new UI has been built “from the ground” up too take advantage of the new hardware, and give players an easier – and cleaner – experience.

The design philosophies the company appears to be adhering to this time around revolve around making the player’s experience “fun, engaging, personalized and social”.

From pressing the PlayStation button on the PS5′ s DualSense controller, you will be taken to the Control Center (without leaving the game you’re currently in). According to Sony, this provides “immediate access to almost everything you need from the system” – whether it’s your friends list, your Trophies, or your messages.

In a write-up over on Digital Foundry, it’s mentioned that you’ll be able to join games in progress via the Control Center at the touch of a button.

“[…] During the section on using Command Centre to access multiplayer functions, we see that there’s a joinable game of Destruction All-Stars taking place – and for the user, it’s just one button press away,” says the write-up, explaining that it only appears to take 8 seconds to get from the button press to the “Sony Interactive Entertainment Presents” screen. 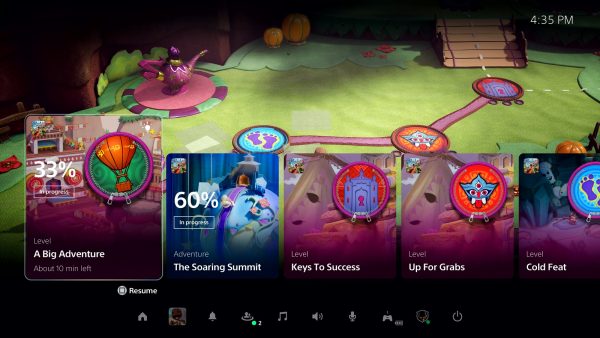 Sony is also introducing ‘Activities’ on the Control Center screen: tasks that are displayed via on-screen cards in the Control Center, that highlight ‘gameplay opportunities’. Basically, this shows you things you can go back to, things you missed, and so on. It also allows you to jump directly into levels or challenges you want to play in certain games.

There’s a picture-in-picture feature, too, that lets you view other parts of the game without leaving the screen or area you’re currently in.

It’s worth bearing in mind that all this is still in a ‘pre-production environment’, so there’s a chance parts of the UI experience here may change before release. 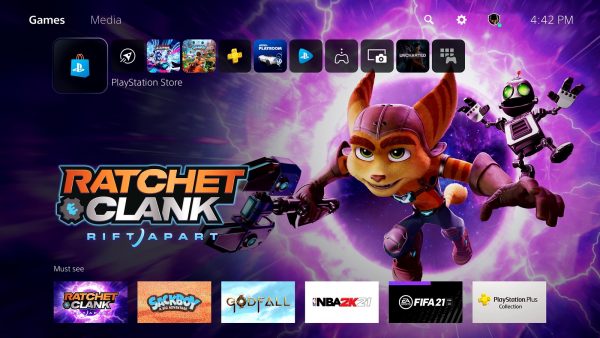 Sony will release two consoles in November; the standard model and the digital-only models. They’ll set you back $499 and $399, respectively. You can read everything you need to know about the PS5 over at the link.

A leaked image appeared today that suggests the console will let you use 664GB for storage of the game’s internal SSD drive, though Sony has yet to comment on available storage space officially at this stage.