Today’s launch of Minecraft’s Steve and Alex in Super Smash Bros. Ultimate brought an… unexpected discovery. Just a few minutes after the add-on went live, players discovered a funny/unfortunate goof on one of Steve’s victory screens.

As with all Super Smash Bros. characters, Steve has a few of those the game randomly picks when you play as him. As you can see in the video below, the least interesting pose just shows him standing up as the announcer shouts his name. The more involved victory screens include unique animations, like the one where he emerges from a house he quickly built.

Then there’s his Final Smash knockout, which plays a different animation that has Steve send his opponent into a dark room with TNT and Creepers.

But the absolute best, and the one this very important story was created to inform you of, is one where Steve grabs some bites of a steak. As the animation goes on, his right hand – holding the steak – naturally rests and stops on a pose that makes it look like he’s holding, well, you know.

@Nintendeal was the first to spot this, and we had to verify it was actually a real pose, and captured the video above to prove it. 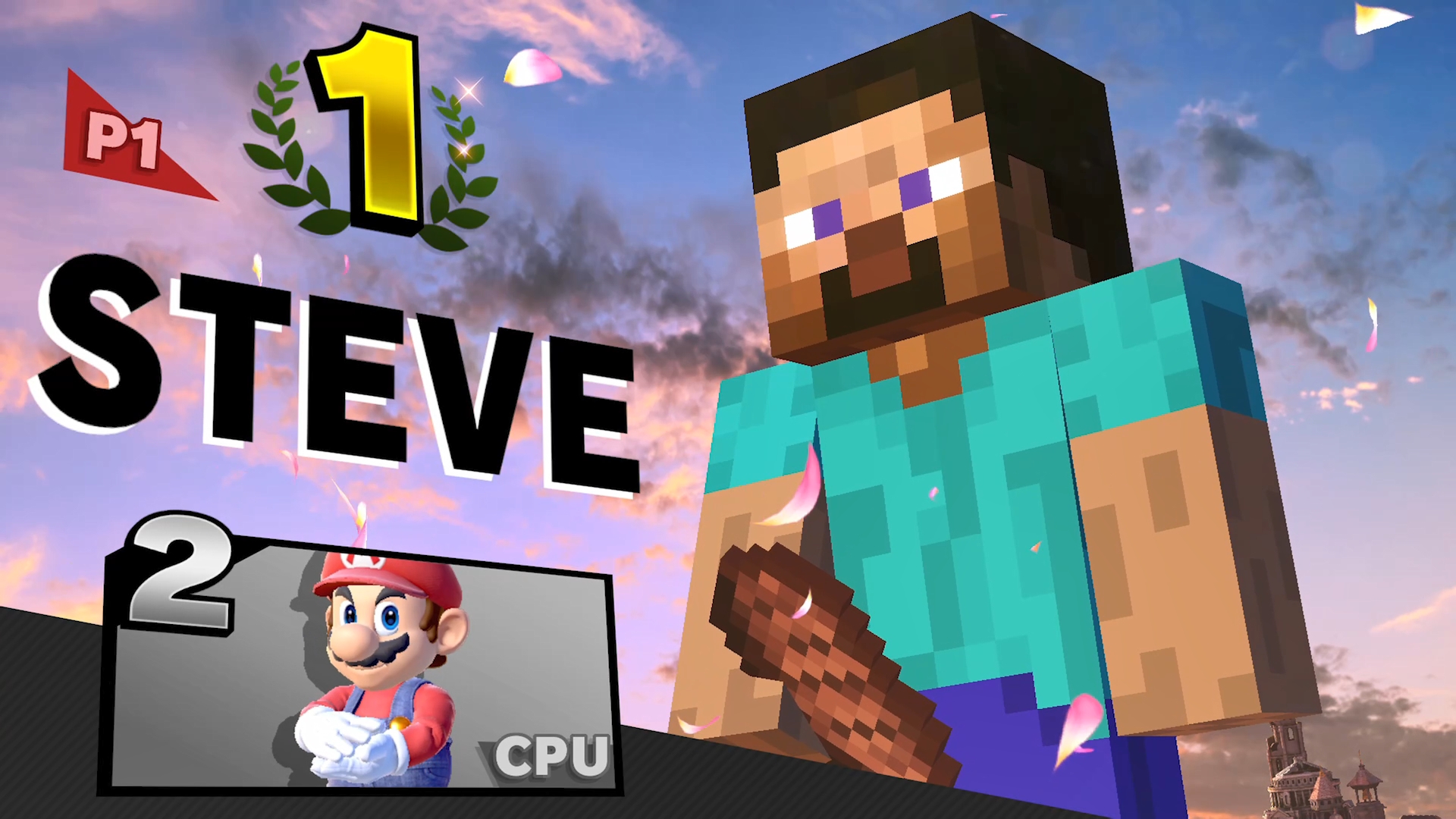