Microsoft’s commitment to accessibility in its products has resulted in a neat touch on the back of every Xbox Series X/S.

Microsoft has made a tiny, easy-to-miss addition to the back of both Xbox Series X and Series S, which will no doubt go a long way in helping make the console more accessible.

The platform holder’s accessibility team managed to get the design team to place tactile indicators above the various ports on the back of the console. The goal was to help the blind easily discern which port their finger is hovering over anytime they need to connect the console, as revealed by inclusivity lead Bryce Johnson and accessibility program manager Kaitlyn Jones in a series of Tweets.

Each type of port has a distinct pattern. The USB ports have three dots, whereas the LAN port has two, and the power socket has one. Microsoft also added a notch to the HDMI out port, and a long string of dots to differentiate the spot where the expansion card goes. 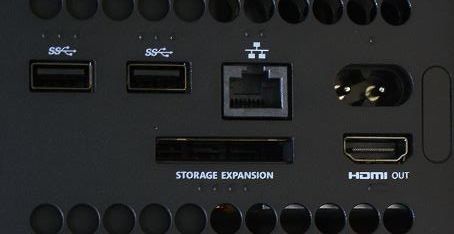 Though it was intended to aid players with disabilities, many of the console’s owners will no doubt find them useful. As is the case across many TV setups, console are often held in cabinets close to the wall, and it’s always a pain to have to reach back there to connect or disconnect a device. With these dots, you’ll immediately know if you’re trying to plug the device into the correct port without having to see it.