There are a bunch of Haunted enemies to hunt and kill during the Borderlands 3 Bloody Harvest event, so here’s where to find them.

Alongside a Haunted variation of Borman Nates, you’ll need to find and defeat a Haunted Demoskaggon, El Dragon Jnr and Rakkman. These enemies appear in the same places they would normally, but there’s no guarantee they’ll show up every time you visit.

You have until November 5 to complete all the Borderlands 3 Bloody Harvest challenges, so jump in.

Borderlands 3: Where to find the Haunted Demoskaggon, El Dragon Jnr and Rakkman

You’ll first need to kill the Haunted enemy then defeat the skull ghost that rises from their dead body. These range from normal to Badass level and can be quite difficult to beat.

It would be a good idea to bring a friend with you to deal with any adds and help you take down the ghosts, but it’s doable solo.

Borderlands 3: Where to find the Haunted Demoskaggon

To find the Demoskaggon, you’ll need to head to The Droughts on Pandora via the fast travel point. Once you’re there, hop on the Catch-a-Ride vehicle and travel to the point on the map below. Once there, the Demoskaggon should spawn and there’s a good chance a Badass ghost will appear after you kill it. 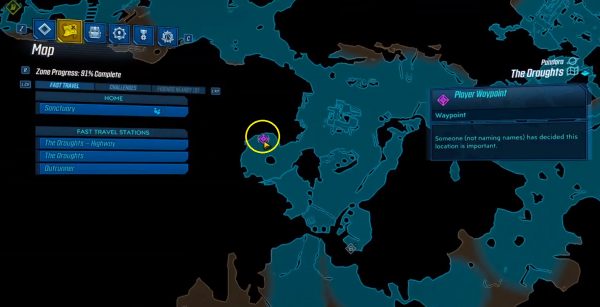 To find El Dragon Jnr, head over to Eden-6 and land at the Jakobs Estate. He should be just to the left of the entrance, but if he doesn’t spawn try fast travelling around the map to different locations before returning.

As usual, there will be a ghost to fight after you defeat him. Kill it to complete the challenge. 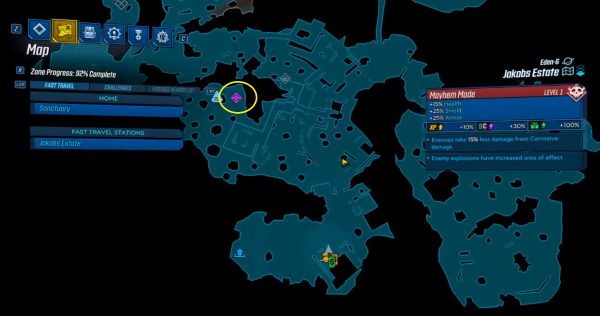 Borderlands 3: Where to find Haunted Rakkman

Finally, you need to find and kill the Haunted Rakkman. Head over to Carnivora on Pandora to get started and use the Catch-a-Ride vehicle to travel to the little section of the map that sticks out from the rest. This will either be the top left or bottom right of the map, depending on how you like to orientate it.

Rakkman is the toughest enemy to beat on this list, so be sure to bring some heavy weapons and watch out for his slam attack. Defeat Rakkman and his ghost to finish off the challenge. 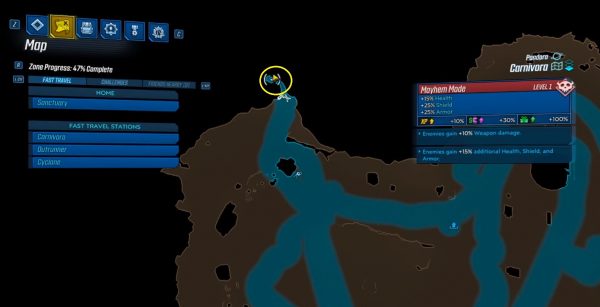 If you’re nearer the end of the DLC, you can check out how to open the Vaulthalla secret room here.