Microsoft has shared an impressive selection of stats relating to Xbox Game Studios, which has now launched 15 titles since it was rebranded back in February 2019.

Xbox Games Studios, the collective name under which all its first-party development studios is known, has had a great year.

As per Xbox games marketing GM Aaron Greenberg in a new post on the Xbox Wire, “1.66 billion hours [of Xbox Game Studios games] have been played [in 2020], the most ever year-to-date for Xbox Game Studios titles”. 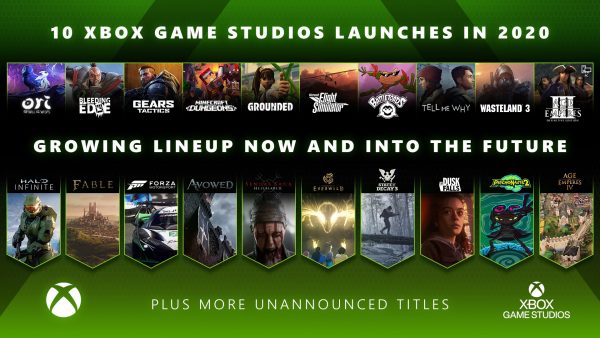 That’s a lot of hours! The post also mentions that Sea of Thieves has surpassed 15 million players to date (up from 10 million at the start of the year). Obsidian’s first game as an Xbox studio, Grounded, has attracted 1 million players already.

Greenberg goes on to reveal that “more gameplay” for Xbox Series X and S titles will debut at some point later this month, though more information about exactly what we’re set to see was not mentioned.

“We’ll be sharing even more details on every game being fully optimised this holiday for the launch of Xbox Series X|S later this month,” Greenberg notes, “as well as showing more gameplay from these titles, so stay tuned for more.

“Between our growing Xbox Game Studios teams, the massive influx of high-quality content from our new partners at Bethesda, and many more unannounced games in development, the future has never been brighter for Xbox gamers!” concludes Greenberg in the post.

You can read the full list of ludicrous Xbox stats at the link.