Auroch Digital and Valve are joining forces to host a celebration of ‘digital tabletop games’ on Steam from October 21.

The digital festival is designed to celebrate “games that cross between physical and digital,” and will run for five days, finishing up on October 26.

If you’re wondering exactly what ‘digital tabletop’ means in these circumstances, Valve concedes that it’s a pretty broad term, but attempts to classify it as  “a digital port of a physical game, a game which has produced a physical version from the digital one, a game that simulates the physical play experience, or a digital game whose aesthetics are inspired by tabletop games.” 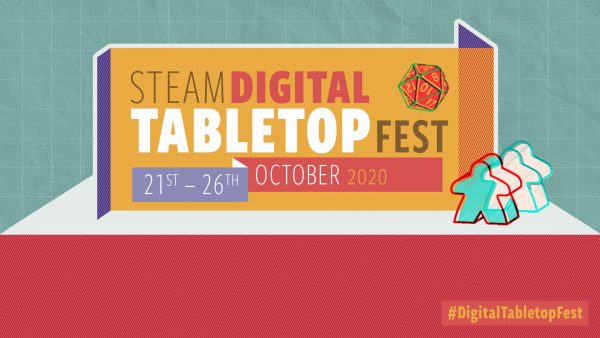 The Steam Digital Tabletop Fest will feature talks from classic tabletop games: Ian Livingstone (Games Workshop founder), Sandy Peterson (Call of Cthulhu designer), and Steve Jackson (prolific RPG designer) are all confirmed to host talks so far, with more on to be announced in due course.

The developers of Gloomhaven, are also confirmed for the Fest, and will be discussing upcoming content for the title on Steam during a livestream session.

If you miss any of the digital events live, don’t fret: you’ll be able to catch up with everything via VOD once they’ve taken place.

The Steam Digital Tabletop Fest begins on October 21st at 10am PT/1pm ET /6pm UK time. You can set a reminder for the event over on the dedicated Steam page.