Larian Studios has announced Baldur’s Gate 3 Early Access will see a slight delay by one week. The studio also talked about companions and romance today.

Instead of going live on September 30 as planned, it will instead go into Early Access on October 6.

According to the developer, the team has run into some unexpected delays, as there are some stability issues being sifted through

“Because of the delays, our translations are also later than expected and we want to ensure localization for the announced Early Access languages is strong enough for our international fans to have a good time,” reads the notice. 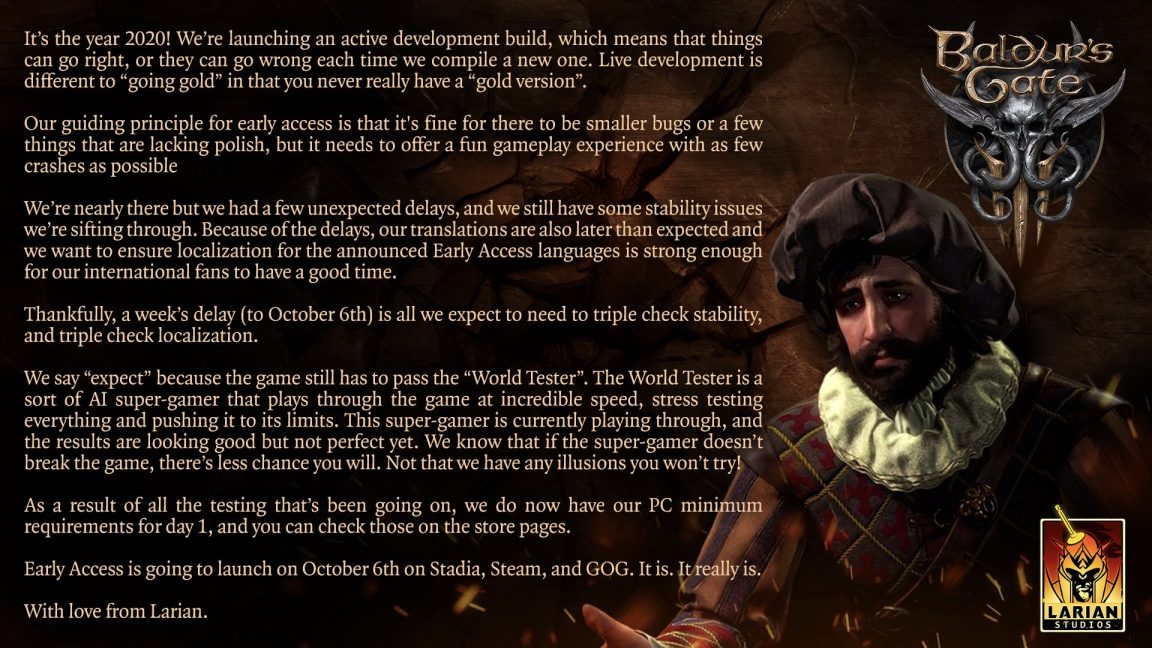 When it goes live on October 6, you can expect to participate in the Early Access period through Steam, GOG, and Stadia.

To tide you over, the studio has released a new community update video which goes over companions and romance in the game.

According to the update, the game will feature reactive systems all throughout the journey of a relationship; from the time of meeting a companion, to the potential romance with them. There are appaenty “hundreds of permutations” that define where a relationship heads, if anywhere at all.

These systems have been designed to create the most “intimate, authentic, reactive” relationships ever seen in a Larian RPG.

You character will also change how things plays out. For example, if you play a Drow Wizard, you will have different dialogue options than playing as a Githyanki Warlock. These differences will also be present in your relationship dialogues.

You can pursue love with one companion to the detriment of another, and you can also side with someone a companion detests.

Give the latest community video a watch for more,.