The next level in Super Mario 64 is very similar to the first – a fortress that’s home to a classic Mario enemy.

Whomp’s Fortress is arguably an even more simple stage than Bob-omb Battlefield, but it does have some obtuse, well-hidden stars and coins. This level was later remade in subsequent Mario games, and it’s considered a classic. Here’s how to nab all the stars. 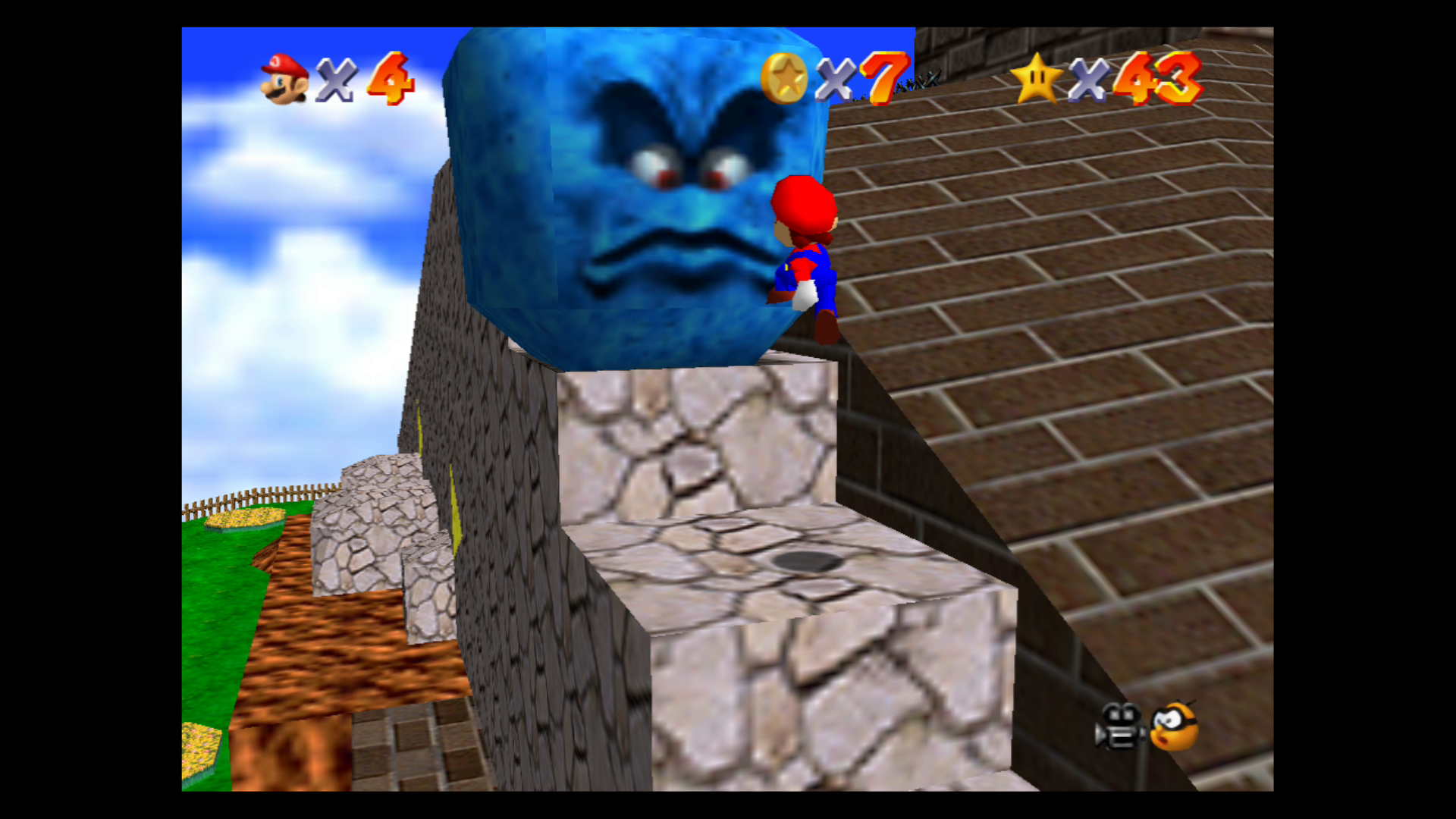 This first star is very similar to the first back on Bob-omb Battlefield, in that it involves a vertical climb up a relatively linear level until you reach a boss. At the top of the fortress is a huge Whomp, the Whomp King. He’ll jump to try to flatten you, but if you run towards him you can squeeze under him. Then jump on his back while he’s down and butt-stomp. Three will defeat him, and then you get the star as a reward. If you fall off, the hit counter on the boss will reset.

Whomp’s Fortress Star 2: To the Top of the Fortress

With Whomp gone, the fortress now has a new tower at the top. Go back to where you fought Whomp, then use careful platforming to climb the tower. The star is at the very top. Easy!

Where there’s a moving platform halfway up the fortress, if you fall you’ll land in water, a small side area. Down here is a friendly pink Bob-omb that can activate a cannon. Use the cannon to shoot at the platform underneath a pole. Shot right, Mario will grab the pole as you fly past. Shot wrong, you’ll probably fly to your doom and lose a life. Once Mario grabs the pole, slide down to get the star.

At Whomp’s Fortress most of the red coins are on the way to the fortress, with a few exceptions:

This star is found on a floating island near the top of the stage, but you won’t just be able to jump inside. You need to use a friend: Hoot. Hoot is an owl found inside the tree right next to your starting point – jump and climb up the tree to disturb Hoot, then look at their shadow. Jump and grab hold of Hoot, who’ll then fly high. Control your descent with the stick and either land on the platform or let go of Hoot just above it to grab the Power Star. This can be tricky, so expect it to take a few tries – and you’ll have to exit the stage and re-enter to get Hoot to respawn.

There are two walls either side of the rotating platform. On the side near the Piranha Plants, it’s actually a fake wall. Head to the cannon we used for Star 3, and this time point directly at the wall. This will hurt Mario more than it does you – point the cannon at the corner of that wall and fire. Mario will hit it, blasting the wall away and revealing the star hidden inside.

Another hidden 100-coin star, this is similarly easy, as there’s loads of coins in Whomp’s Fortress. This time there are less yellow coins – only around 70 – but there are more coins to be head from enemies and 7 blue coins (worth 5 each) to be had.

Now you’ve avoided being squished for long enough to grab every star, it’s time to move onto Jolly Roger Bay!