We really are in the final stretch now. Tiny-Huge Island is the 13th course of Super Mario 64, and the last in the castle upper lobby.

13 might be unlucky for some, but it’s not so bad in Mario 64 – Tiny-Huge Island is one of the best levels in the game. It has a unique gimmick, which is that you can be tiny or huge. Thus the course name. That means giant Goombas, and tiny, harmless Goombas. You swap size in-course by hopping into a pipe. 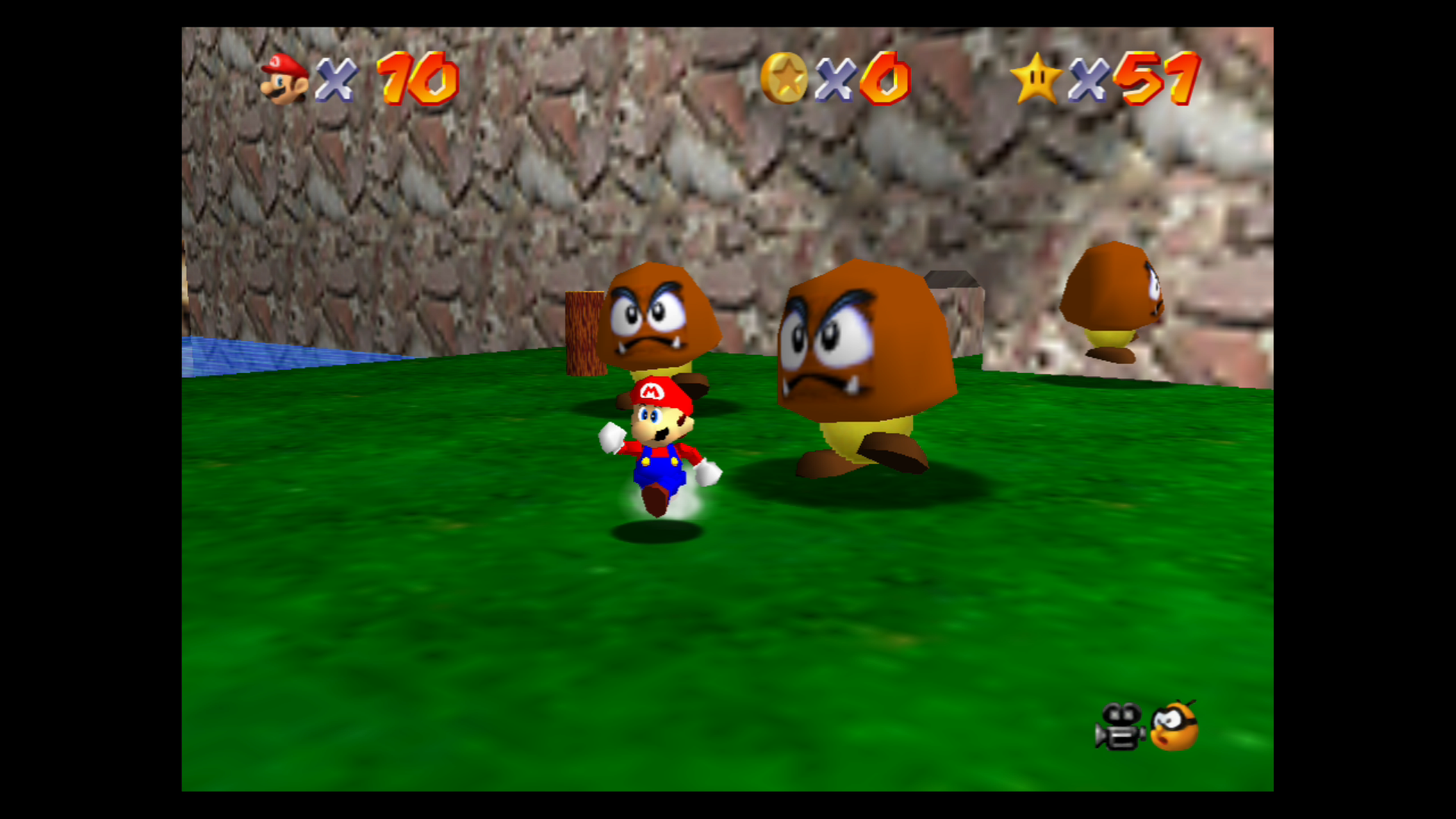 You need to be huge, so enter the small painting. There’s two islands here – hop across to the first one, then to the next, where there’s a pipe and Piranha Plants. By being huge, you can hop these large gaps easily. Now hop in the pipe to become small. Now you’re on a larger island with two huge Piranha Plants. You have to defeat all the plants here – that’ll spawn a flower.

Tiny-Huge Island Star 2: The Tip Top of the Huge Island

You basically need to work your way to the top of the island, which isn’t as high as some levels in the game. You can do this whatever way you want, but we think the easier way is to start on the tiny island, head to the Piranha Plant island, then work your way around. However you start, you’ll need to be small Mario on the huge island to actually get the star, which is inside a ! Block.

It’s been a long, long time since Bob-omb Battlefield, but Koopa the Quick is back again! Find him on the huge island and chat to him to start the race. As usual, win without taking any unfair shortcuts (like the cannons) in order to beat him and win the power star.

There are five secret spots hidden across the island. All are hidden on the Tiny version of the island, where Mario is huge. What the secrets basically are is touching small holes that small Mario can walk through on the huge version of the island but are too big for this Mario on the tiny island. They are as follows, and can be grabbed in any order:

We touched where you need to go as part of the last star. As small Mario, head to the cannon and launch yourself at the nearby tree. The Bob-omb Buddy is on the other side of the island, if you need to unlock the cannon. Drop down from the tree after firing to it and walk across the thin wooden bridge to an opening. Head inside and grab the 8 red coins – none are hidden out of the way.

For this star to start with, we recommend starting as Big Mario again – this will make it easier to climb up to the top of the mountain once again. Use the nearby pipe at the top to turn small, and now go to the pool at the top of the mountain. Ground pound it to create a hole, then go inside. Within, you’ll battle classic Mario enemy Wiggler. Beat it to get its star.

Tiny-Huge Island is technically two levels in one: the tiny level and the huge level. That means a huge number of coins thanks to enemies and the layout of the level. There’s nearly 200 coins across both levels, all told, so getting the 100 needed should be very easy. Don’t forget the 15 blue coins available!

Time is running out and the next stage is Tick Tock Clock!