To get to Tick Tock Clock, you’ll need to reach the highest levels of the Castle, which means opening the 50 star door in the upper castle Lobby. This level isn’t a painting – instead, you get to it by jumping through the face of the big clock up in that room.

There’s an important gimmick here mirroring those from Wet-Dry World and Tiny-Huge Island. Depending on the time when you jump into the clock, the level will be a little different. The lower the number, the slower the cogs and other clock parts inside the level move. Entering exactly on the hour of any hour will stop the clock parts completely – but some stars are inaccessible this way. You’re best off having the parts running, but slow. 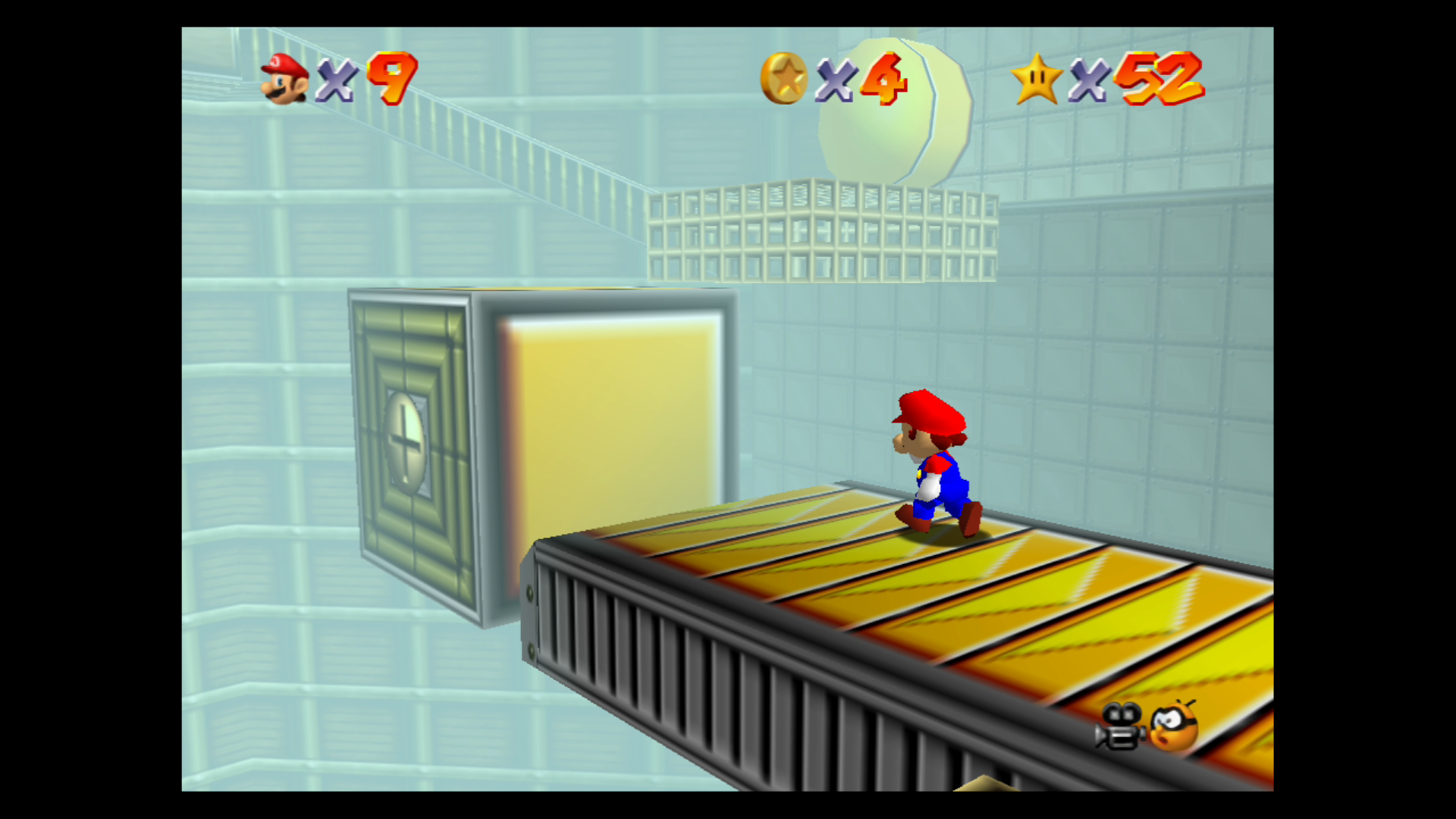 Take the main path through the stage – that’s past the pendulum right as you start, and then up and up. Pretty quickly you’ll see a power star inside some grating. Jump onto the platforms and conveyor belts that are near the grating to grab it. This is a nice easy star, but it becomes especially easy if you stock the movement of the clock by entering the stage on the hour.

Tick Tock Clock Star 2: The Pit and the Pendulums

Follow the same path you followed for the first star, but this time keep going, well past the cage. The challenge in this isn’t puzzling out the star, it’s making it through the level, which is devious and platforming-focused, especially with the titular jumps between the pendulums. This star is also easier if the clock is stopped.

This star’s name refers to the hands of the clock , of course. That means this time you need the clock to be moving – though the slower the better, ideally. At the large central platform, a larger hand comes swinging by. Jump on it and ride the hang around the clock – it’ll bring you to an alcove on the other side of the level where the star sits on a ledge, waiting to be grabbed.

The clock needs to be moving at some speed – how fast is up to you – for this star. This time, you’ll want to climb up to the very top of the clock. There’s another clock hand up here like the previous star – ride it over to a conveyor belt with an old friend – a Thwomp! Wait for the Thwomp to fall flat to try to squash Mario, then jump on him to get to the star above.

Part-way up the level – beyond where you grab the first star. Keep going until you’ve above the pendulums from Star 2. You now need to jump on bars that come out of the wall with a strict timing. Get across the bars without falling and you’ll be able to get the power star at the end.

As the title of this mission suggests, it’s absolutely key to stop the clock for this one. While it can be done when the clock is moving, it’s a real pain. Stop the clock by entering the level on the hour on the spinning clock that’s the level portal. The red coins are all to your right as you spawn in the stage, on a series of platforms.

This is the second-to-last 100 coin hidden star, and this is one of the more painful levels, purely because it’s so easy to die. Be careful and collect – there’s 75 yellow coins, including a bunch in boxes, plus the 8 red coins. That’s 83. You can pick up the other needed 17 from blue coins, while the two Bob-omb enemies drop a coin each when they explode.

This is it; the final stage: Rainbow Ride!