Super Mario 64 sure loves a small stage with a whole lot of vertical space – and Tall, Tall Mountain is the embodiment of that?

Tall, Tall Mountain is the 12th course in Super Mario 64 – and in many ways it feels similar to past courses like Cool, Cool Mountain, Whomp’s Fortress and Bob-omb Battlefield thanks to the way it’s laid out. It can be found on the upper floor lobby of the castle, but it’s in a smaller, easy-to-miss painting. It has mushrooms! Here’s how to nab all of its power stars. 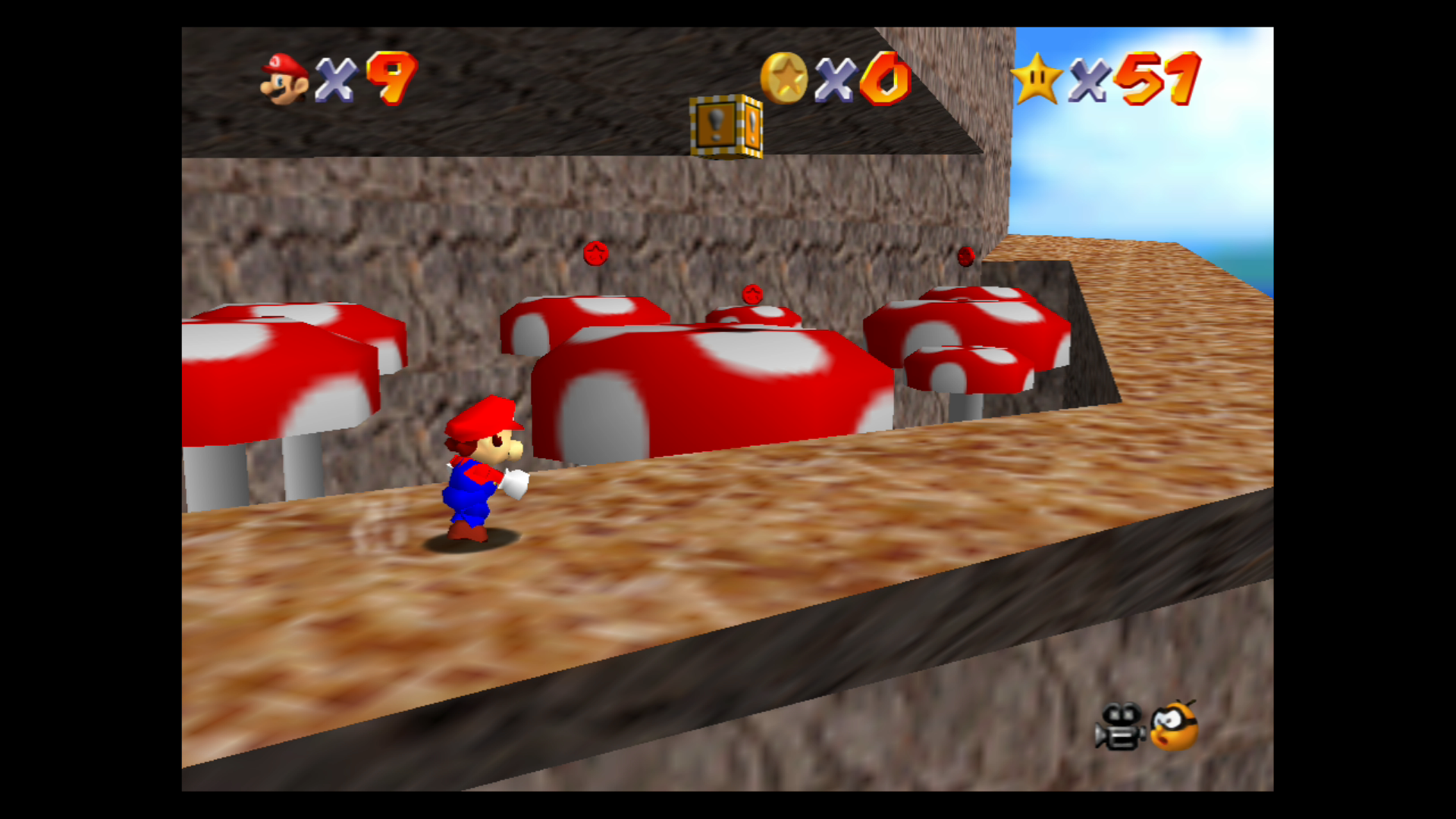 This one is pretty simple, and the description makes it clear: there’s a power star right at the top of the mountain. Remember your long jump here. There’s a few different paths you can take, some shortcuts and such – it all depends on how confident a platformer you are. At the very end there’s a long waterfall gap – a long jump is actually required here. At the top of the mountain, the star awaits.

This star also requires you to work your way back to the top of the mountain. Right where we grabbed Star 1, there’s a monkey. Catch him, and then let him go when asked. The monkey will lead you to a cage and break it open, freeing a star.

Time for yet another 8 red coins challenge! This one isn’t so bad. Most of the red coins are on the mushroom platform area that’s near to the start of the stage. A little further around the mountain is the area with Monty Moles – if you climb up the walls here (the backflip is your friend for a lot of these high jumps), the rest of the coins are littered around here.

There’s actually a Secret Slide in this level, just like the one in the castle itself! To reach it, head to the top of the mountain. There’s a Cloud bad guy up here that can blow you off the mountain – so be careful. There’s a false wall here that when touched will ripple like a painting. It’s not very big. Jump inside and ride down the slide to get a star.

Near where the cloud enemy is, there’s a star behind the waterfall. You can make it with an extremely tightly-timed long jump – or alternatively, you can use a switch a little further up the mountain. This’ll create a wooden bath to the waterwall which you then must quickly take to nab the power star.

The star name should handily give you a clue on this one – you need to hop into the cannon, which is on a little ledge jutting out from the mountain, near the Monty Mole area where we grabbed a lot of red coins. The pink Bob-omb needed to unlock the cannon is near where the monkey is. Anyway, hop in the cannon and fire yourself to the large mushroom where a star has been in plain sight all this time.

Tall, Tall Mountain has well over 130 coins, so you’ve got plenty, but a good chunk of these are hidden inside enemies. Remember there’s a whole lot of extra coins, including some blue coins, as you go down the secret slide. But don’t get your 100th coin on the slide, as then you’ll have to go back down the slide to get the star. Do the slide first.

As you approach the end of the game, you’re headed from one mountain to another in Tiny-Huge Island.