As well as the stars in every level in Super Mario 64, there’s a handful of stars hidden elsewhere.

These stars appear in a few different ways, but all come under the general heading in the menu of Castle Secret Stars, which is quite different to the other levels in the game. In addition, there are special Cap Switches which you’ll need to turn into flying, metal or invisible Mario – and these are required in certain levels in order to get all of their stars.

On this page we run down the hidden Cap unlocks – which aren’t mandatory to complete the game – plus the Castle Secret Stars. If you need help with the rest
of the game, we’ve got stars walkthroughs for all Mario 64 courses – just hit the link to see our ultimate guide.

How to unlock the Red, Blue and Green boxes to get the Wing, Metal and Vanish Caps 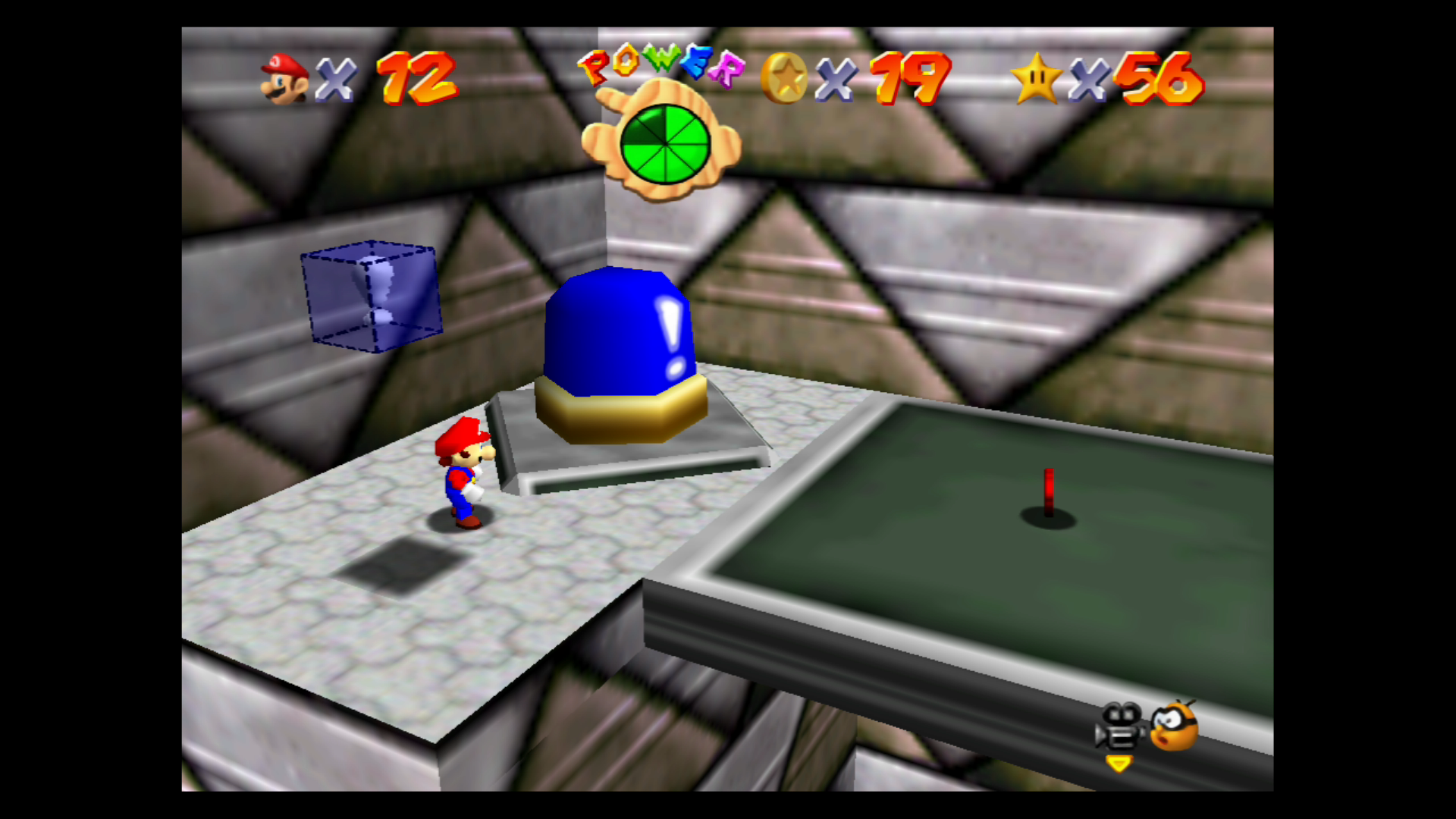 The most traditional Mario power-ups aren’t present in Super Mario 64, but he still does have three power-ups to use – and they’re represented this time around by different caps Mario can put on. You’ll see these represented in stages by Red, Green and Blue boxes that can’t be opened – they’re transparent and not interactive. Turn the caps on, however, and these become boxes you can smash to get the power ups.

The interesting thing is that you can finish Mario 64 without these caps – it’s just that without them you won’t be able to get certain stars. But you don’t want that, so here’s how to unlock them:

Red ! Switch for the Wing Cap

After you get 10 stars across any of the game’s levels, a light will begin to shine onto the lobby floor of the castle. Stand on the picture of the sun and look up at the sun – it’ll transport you to a special level, Wing Mario over the Rainbow.

There are 8 Red Coins to grab in this level, and doing so gets you one of the Castle Secret Stars, but also there’s a giant ! switch in red to hit. By hitting it, the Wing Cap boxes will now be usable in any levels where they’re found.

Green ! Switch for the Metal Cap

Metal Mario is formidable – rock solid and able to walk and breathe underwater – but he can’t jump very well. You get this inside another level – course 6, Hazy Maze Cave. Head to the area where Dorrie the dinosaur is swimming about. Climb on her head and steer her to where there’s a red grate at the edge of a little outlet with double iron doors. Go through.

When you jump into the liquid metal here you’ll go all Teminator and briefly become Metal Mario. Use this to walk underwater against the current and make your way to the huge green ! switch. After hitting it, you can use the newly unlocked Metal Cap to pick up 8 red coins for another Castle Secret Star.

Blue ! Switch for the Vanish Cap

Last but not least is the Vanish Cap. This, too, is found down in the basement. Stand in the main basement area. Facing away from the door that leads to the Hazy Maze Cave entrance, hook a left and then a second left. You’ll find a wooden door, and inside an area with 2 platforms you can jump on. Ground pound these platforms. This actually drains the moat out in the castle courtyard.

There’s now a hole in the Castle Courtyard that you can fall into – and this is a special stage. There’s 4 red coins if you jump from platform to platform on the slide down, plus another 4 throughout the rest of the stage. At the end there’s a blue switch – and once pressed, a blue box that you can use to get a vanish cap to get inside the cage where the red coin star appears. 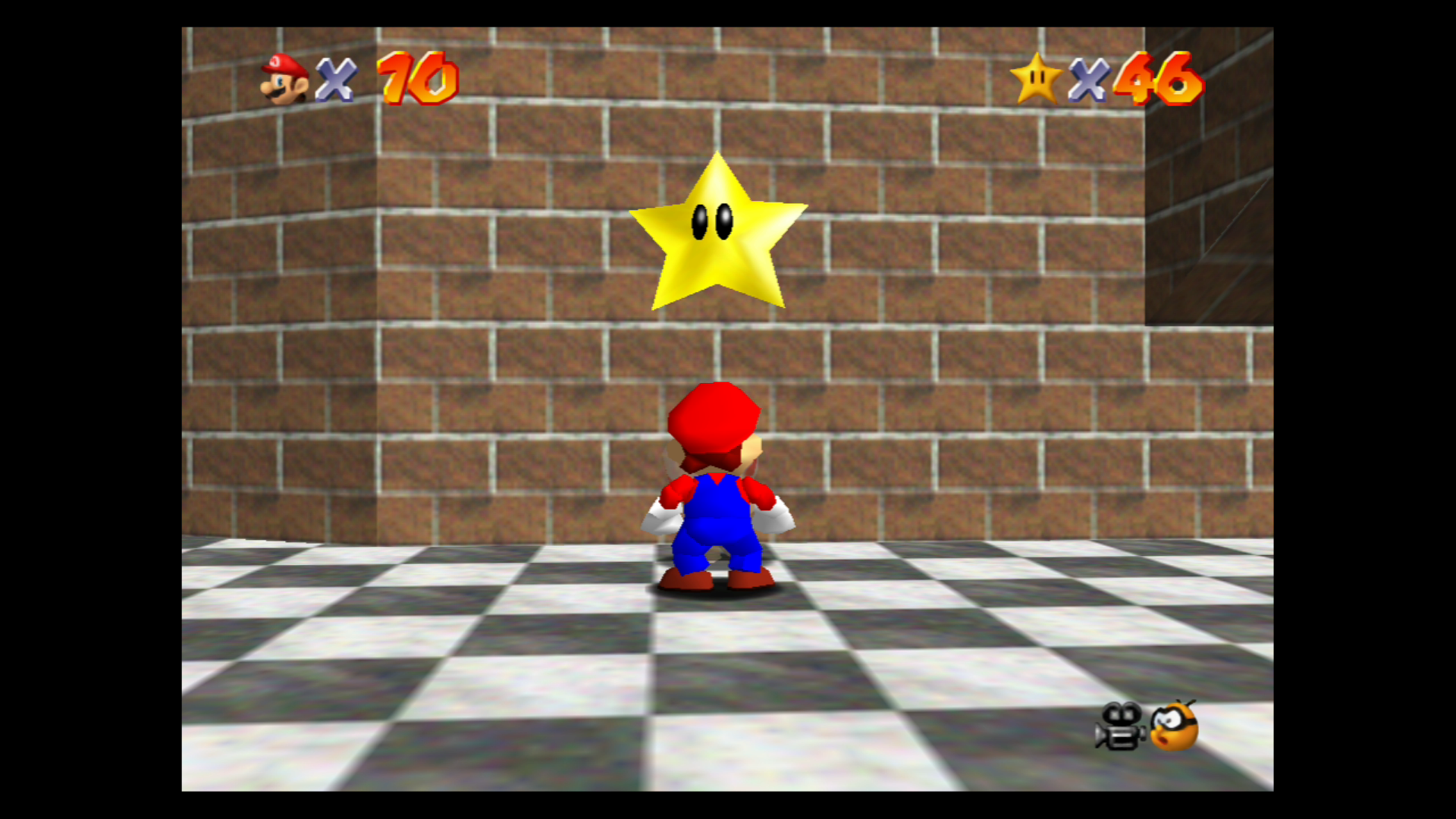 As well as the seven stars per stage, there are 15 “Castle Secret Stars” that appear on your main menu. These stars are exactly what they sound like – secret stars hidden across the castle or that don’t otherwise belong in a specific stage. Here’s how and where to get all 15.

Of the 15 secret stars, 9 are in areas or obtained in ways you won’t necessarily encounter during the critical path of the game:

Beyond these, there are then another six Castle Secret Stars that are attached to existing levels or the Cap Switches, as described above. We’ll repeat them here though, so when combined with the list above, you have all fifteen – use it as a checklist if you like!