Once you’ve defeated the final boss in Borderlands 3: Psycho Krieg and the Fantastic Fustercluck you’ll be able to break into Vaulthalla, where there’s a secret loot room waiting for you.

The last boss you’ll be up against is Psychoreaver, but he’s arguably one of the easier bosses to defeat in the DLC. Once you’re past him, you can access Vaulthalla and have a limited amount of time to open chests and bag yourself some tasty new loot. Not only that, but there are also two secret loot rooms you can find.

All you need to do is shoot some switches to turn them from yellow to green, so make sure you have a weapon with high accuracy and a fast reload to hand. There are 12 switches to shoot at in total between The Lesionhall and the first treasure room, with another 12 switches after that, so keep your eyes peeled. 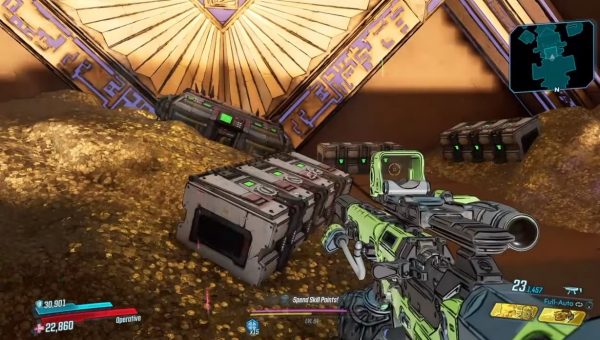 Borderlands 3: How to open the Vaulthalla Secret Room

First of all, look for the six switches in The Lesionhall, which is your starting area. A further three switches can be found in both the Psychoreaver boss room and the first treasure room, so make sure you shoot all 12. The switches are pretty obvious to spot once you know what you’re looking for.

Once you enter the final area, you’ll activate the 60-second timer to loot everything you can, so you need to move fast. Afterwards, you’ll have another 12 switches to find and shoot in the first treasure room. Unlock all the rooms and you’ll get the Ye Who Enter achievement.

You can shoot these switches in any order you like, so let’s get started.

The first three switches can be found near the giant skeleton as you enter the area. You can find one just below his rib cage, one on the damaged wall to the right and one to the left.

Once you’ve gone through the portal, spin around and shoot the switch above the doorway. There’s another switch below the glowing mask and one on the floor to the right. 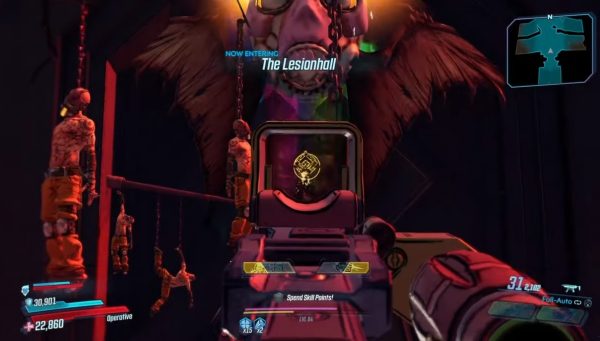 Psychoreaver is pretty slow-moving and you can dodge his attacks quite easier, so bring your most powerful weapons and stay on the move. Aim for his face to land plenty of critical shots and you’ll be done in no time. 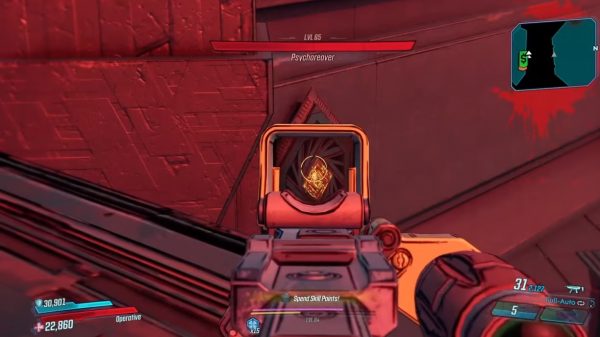 There are three switches to find in this area once he’s dealt with, so don’t head into the portal just yet.

The first can be found under the giant skeleton next to the hanged psycho, so spin around to find that. You can find another switch on grates to the left of the skeleton and another to the right at ground level just as you enter the area.

After that, jump through the portal to go to the final area.

Trove of the Despoiler switch locations

The 60-second timer should now be active, so you’ll need to work fast to loot as much as you can. You can, however, stay back in the room and shoot the switches after the timer ends to enter the secret room.

The first switch can be found by cracking open a tile on the ground in the centre of the armoury, which you can see here. 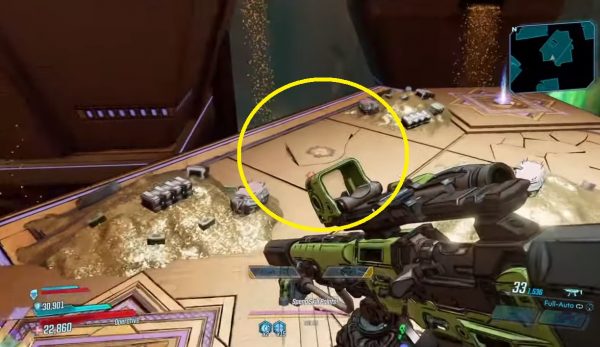 Smash down and you’ll see the switch glowing on one of the sides. The next is on the platform up to your left on a grate on a square stone, and the final switch can be found where the countdown clock was at the top, near the shield. 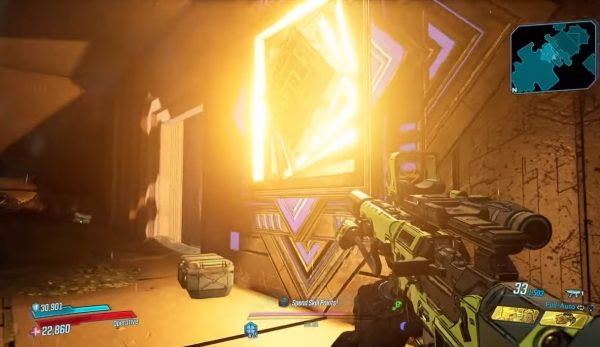 The shield opposite should drop and you can head inside to the first secret room.

After you’ve turned all 12 switches from yellow to green, you’ll open a second treasure room. There are a bunch of chests to open but, more importantly, there are another 12 switches to find.

Jump on the lift in the centre of the room to reach the new secret room. These switches are a bit smaller and more difficult to find, but there’s no timer and they’re all in the same room. 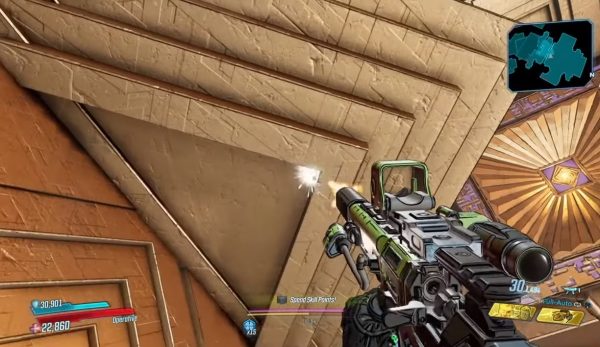 Here’s where you need to look: 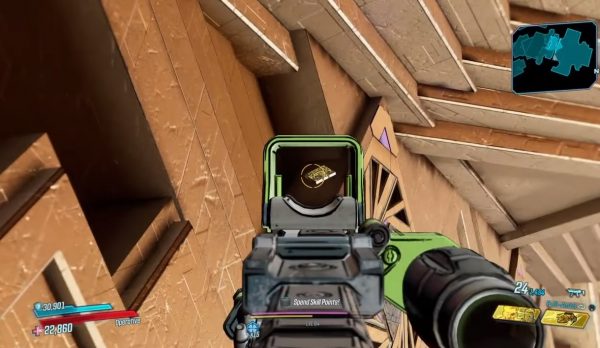 Now use the lift in the centre of the room to reach the last six switches. Once you land on the platform above, you’ll see a shielded area. Spin around and you’ll see three switches on the big diamond directly across from you. 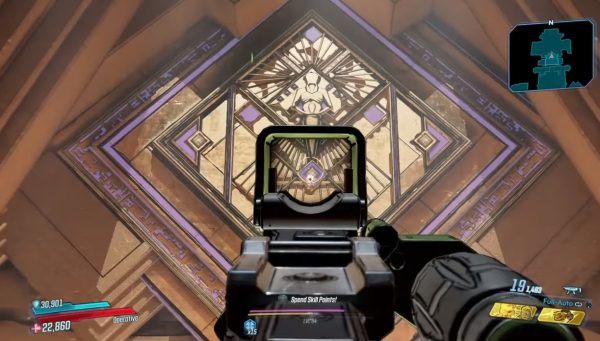 Look down to your right and you’ll see one in the corner of the shield doorframe. There’s another directly above it in the top right corner. The final two can be found in the top and bottom left corners of the doorframe.

Shoot these switches to enter the final secret room in Vaulthalla. You’ll get the Ye Who Enter achievement for unlocking the secret rooms and access to some high-quality loot. You can check out our guide on where to find the SpongeBoss BulletPants miniboss here.