The Australian ratings board has ruled that all games featuring microtransactions must highlight them on the front cover of the game packaging from here on out.


The news comes from Reddit, where a user has collected a wide range of rating listings for upcoming games from the official Australian classification board. You can check out the Reddit post below, which includes several relevant links if you’re interested in viewing the new format for yourself.

No news sites have reported this, so let’s discuss: Australia now requires in-game purchases to be disclosed on the front covers of physical video games starting with games submitted in May this year onwards. from Games

“Australia now requires in-game purchases to be disclosed on the front covers of physical video games starting with games submitted in May this year onwards,” reads the post. “Due to games being rated months before release, this will most affect games released from around September onwards.”

The post goes on to list Marvel’s Avengers, FIFA 21, PGA Tour 2k21, and Madden NFL 21 as specific examples. If you visit the links, you’ll see that all of the games now feature a section noting that they include “online interactivity and in-game purchases.”

The poster goes on to note that due to the fact all box art for video games in Australia is obliged to feature the details printed on the classification site, game covers could begin to look something like this. 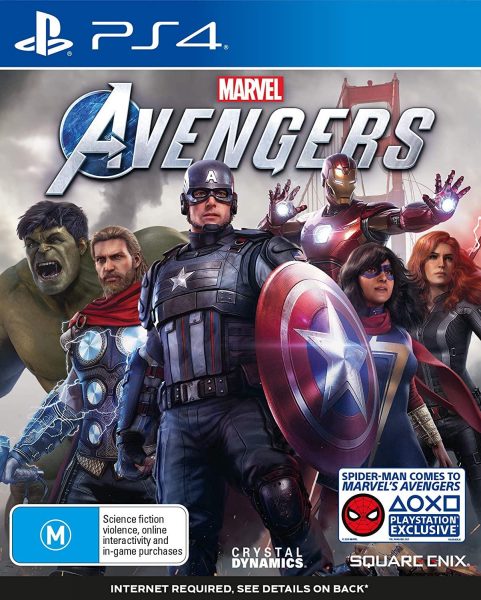 Prior to this, packaging in Australia had to clearly acknowledge aspects such as online play and VR-compatibility.

Commenters on Reddit are now chiming in on the phenomenon, with many people coming to the consensus that “in-game purchases” is still too vague a term given that prestige Sony games often get expansive story DLC, which, with this rhetoric, will automatically fall under the same umbrella as more sinister microtransactions aimed at kids.

That being said, several major upcoming releases will not feature microtransactions in any way – among those confirmed to be in-game purchases free are Crash Bandicoot: It’s About Time, Godfall, and Outriders.