A bundle called The Last Laugh will be available for Fortnite and it includes a Joker outfit.

The Joker arrives in Fortnite via The Last Laugh Bundle releasing on November 17.

Alongside the outfit, the bundle comes with Laugh Riot Back Bling, the Bad Joke Pickaxe, The Joker’s Revenge Pickaxe, and the Pick a Card Emote.

Poison Ivy is included and Midas returns with the new Midas Rex Outfit. You can also expect other back bling such as the Back Bloom, and Midas Crest. It also comes with the Bad Joke, Ivy Axe, and Kingmaker pickaxes plus 1,000 V-Bucks. 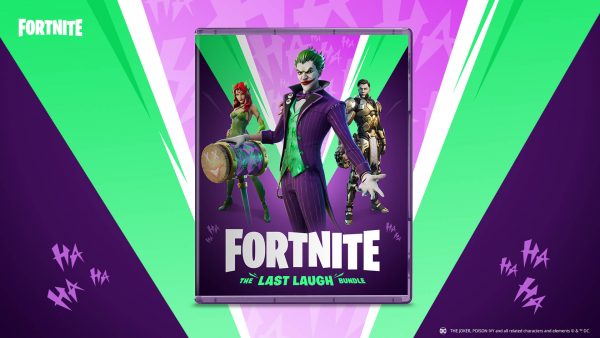 The Last Laugh Bundle is available for digital or physical purchase. The retail version is available on PS4, Switch, and Xbox One.

For players on mobile and PC platforms, more information on the bundle will be made available soon.

It will also “arrive in time” for the release of the PS5 and Xbox Series X.