The Cyberpunk 2077 Corpo lifepath footage shown during Night City Wire episode 2 started with an accusation of filing reports late – unlike the Street Kids and Nomads of Night City, Corpos’ main concerns have to do with money, power, and Night City’s upper echelon.

“The world’s never going to find out,” a voice tells V, echoing the kind of shady deals that run rampant in corporations all over the world today. 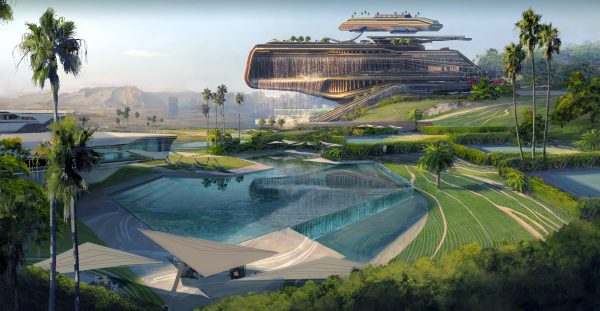 The words, “Trust no one” are uttered shortly thereafter, offering us a detailed view of this world in just a couple of sentences – on one hand, you hide things from other people in order to protect yourself, while on the other, you believe nothing anybody says because you are fully aware that you, too, shouldn’t be trusted.

V is then told, “You’re the one who fixes other people’s shit,” implying that ascending the Corpo ranks was likely the result of getting involved in some not-so-legal business.

According to Weber, Corpo V isn’t of the same ilk as the Nomads of the Badlands, nor do they have a lot to do with Heywood’s Street Kids. Instead, they’re far more acquainted with the walls of an Arasaka boardroom – to the extent that during an optional quest to retrieve a flathead robot from some Maelstrom gang members, Corpo V is able to analyze why, exactly, this robot is such a big deal in the first place.

As well as providing us with a closer look at Corpos in Cyberpunk 2077, today’s episode of Night City Wire offered us a more detailed look at the Nomad and Street Kid lifepaths, too. If you happened to miss the stream, you can still check out Night City Wire at the link now.