Blizzard recently paid homage to late World of Warcraft player Reckful by permanently adding an NPC named after him to the game.


World of Warcraft legend Byron “Reckful” Bernstein tragically passed away in July. According to a report published by Polygon, players paid their respects to Bernstein by congregating at World of Warcraft’s Cathedral of Light – something Blizzard took notice of.

Since then, Blizzard has added a Rogue Trainer NPC named Reckful to the World of Warcraft Shadowlands expansion, who will now permanently stand at the Cathedral of Light. 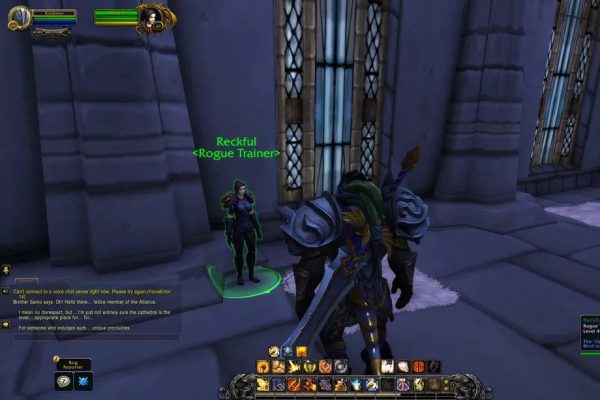 The Rogue Trainer has a single voice line: “I don’t train Assassination Rogue,” which is a reference to Bernstein’s skill as a player, as well as the class he was most famous for playing.

This also refers to the famous Wrath of the Lich King expansion, during which Bernstein intentionally decided to play his favourite class instead of the most powerful one, and still managed to successfully become one of the best players in the world.

Following Bernstein’s passing in July, Blizzard called him “one of the most memorable WoW players of all time.”

“The Warcraft team is greatly saddened to learn of the passing of one of the most memorable WoW players of all time,” it wrote. “Rest in peace, Byron ‘Reckful’ Bernstein.”

Although Bernstein gradually began to spend more time playing other games, World of Warcraft is what he was best known for. He built his career as a player who regularly attained rank 1 across multiple seasons, and became an icon and role model in the community at large.