Doom Eternal The Ancient Gods is the first DLC for id Software’s critically-acclaimed shooter, and will be revealed during Gamescom Opening Night Live on August 27.


The news comes from Geoff Keighley, who recently tweeted about Doom Eternal The Ancient Gods. It’s worth noting that The Ancient Gods is subtitled as Part 1, meaning that it won’t be the only campaign expansion for Doom Eternal, nor will it be a standalone add-on in terms of narrative continuity.

As it stands, we don’t know very much about Doom Eternal The Ancient Gods, but we don’t have to wait particularly long until more information is revealed. Given its nature as “Part 1” of a longer narrative, it’s reasonable to assume that this will be the first of several consecutive story expansions designed to build on the story introduced in the base game. 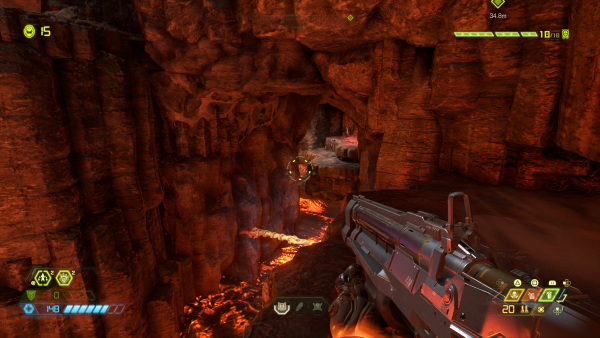 In related news, Bethesda recently announced that Doom Eternal and The Elder Scrolls Online will be getting free next-gen upgrades for PS5 and Xbox Series X, meaning that if you already own either of these games for current-gen, you’ll automatically receive your upgraded copy free of charge. Apparently Bethesda is going to announce a similar scheme for several of its other games in the near future.

Maybe they’ll be announced at QuakeCon, which starts today, August 7, and will run until Sunday, August 9.

If you’ve yet to play Doom Eternal and are thinking about picking it up ahead of The Ancient Gods, be sure to check out our review first. Basically, if it builds on it’s excellent combat, then we’re massively excited. If it adds more swimming… let’s just say hopefully there aren’t any more swimming sections.