The Fortnite v13.40 update is here and vehicles have finally been added across the map.

Alongside new vehicles, water has rescinded around the map showing off the previously hidden Coral Castle and a new Astronaut challenge.

In this latest update, a host of new vehicles have been added into the mix, alongside the Nitrogen LTM. In it, you’ll need to deliver fares and earn stars with your team to win – or sabotage other teams to collect theirs. It’ll be available for solo, duos and trios, so grab a few pals and jump in.

With that in mind, here’s everything you need to know about vehicles. 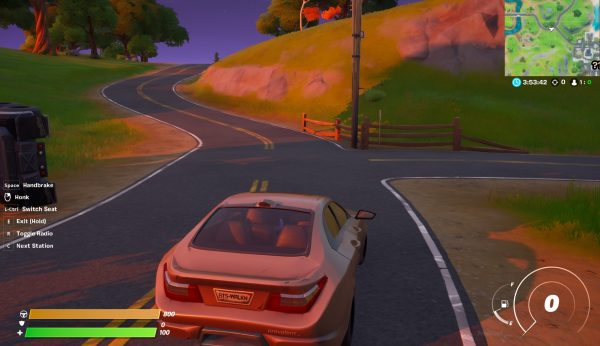 Fortnite: How to drive cars and trucks

There will be various car types available, including cars of various sizes, trucks and taxis. A few have been confirmed by Epic so far including:

You’ll need a source of gasoline to power them, so you’ll need to visit Gas Stations like the one at Catty Corner. Gas stations have been given a major overhaul and you’ll need to top up your fuel as you drive around the map.

Hitting vehicles with your pickaxe or shooting them doesn’t seem to cause them to leak fuel, though they will eventually explode, so watch out. Vehicles will spawn with various fuel levels, so it would be wise to plot out a course rather than driving aimlessly and wasting your gas.

Each vehicle will have a specific health value, depending on its size, ranging anywhere from around 800 health to over 1200. Bigger vehicles have more health but will use much more fuel, so you will need to sacrifice speed and distance for power in some cases.

As with any vehicle, ramming another player is guaranteed to do damage, so there’s that at least. You’ll see a prompt to the left that tells you how to drive and reverse the car and it’s pretty straight forward, much like steering the boat or Choppa. 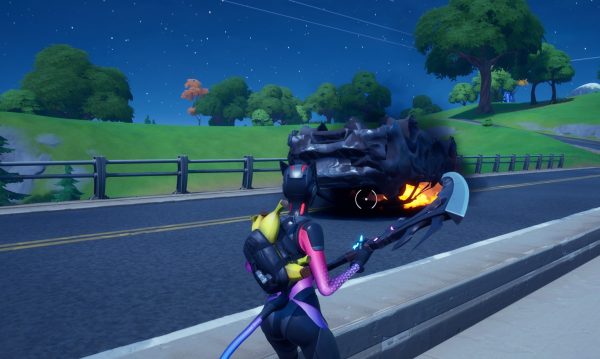 Fortnite: Where to find Vehicles

Vehicles can be found all over the map, but close to named locations in particular. They’ll likely be close to the new-and-improved gas stations, which will likely become busy spots. It’s not clear whether the gas stations can be destroyed as they would normally, but as it takes a few seconds to full your car up, keep an eye out for opponents.

Fortnite: How to turn on the car radio

You’ll see a prompt on the left-hand side of your screen to turn on your radio, and you’ll be able to change the station, too. There are four radio stations available so far:

Beat Box was playing God’s Plan by Drake when I last played, and you’ll be able to hear tracks from the likes of Lady Gaga, Post Malone and Marshmello as your cruise around the map.